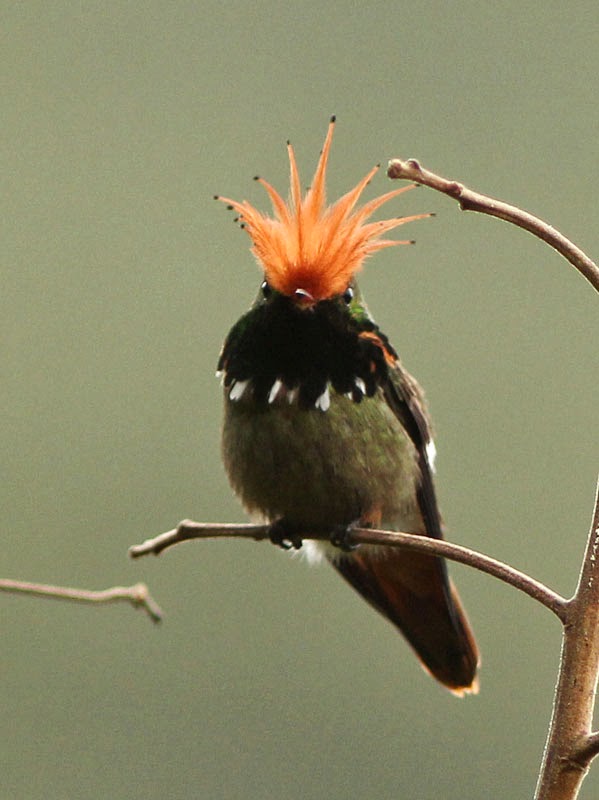 Even though I’m nearing the end of my six weeks of “vacation” in West Africa (Ghana, Togo, and Benin), and have lots of great photos to share, I’m going to catch up on some photos from my Northern Peru tour last month.

One of the most striking changes in South American birding in the past decade has been the appearance of hummingbird feeders. Northern Peru is no exception, and we took advantage of three feeding stations that have been operational for about the past five years only and were surprised by the addition of two more within the past year. This allowed us to tally 41 species in just 9 days, an unthinkable total just a few years ago.

One of the new sites was a short drive from our first night’s city of Tarapoto. The star hummer here was Koepcke’s Hermit, a Peruvian endemic that occurs nearly throughout the length of the country, but only spottily in low-elevation foothills at the outermost fringes of the Andes. In this area, one could only hope for a quick glimpse at a stand of Heliconia flowers before these feeders came to be. 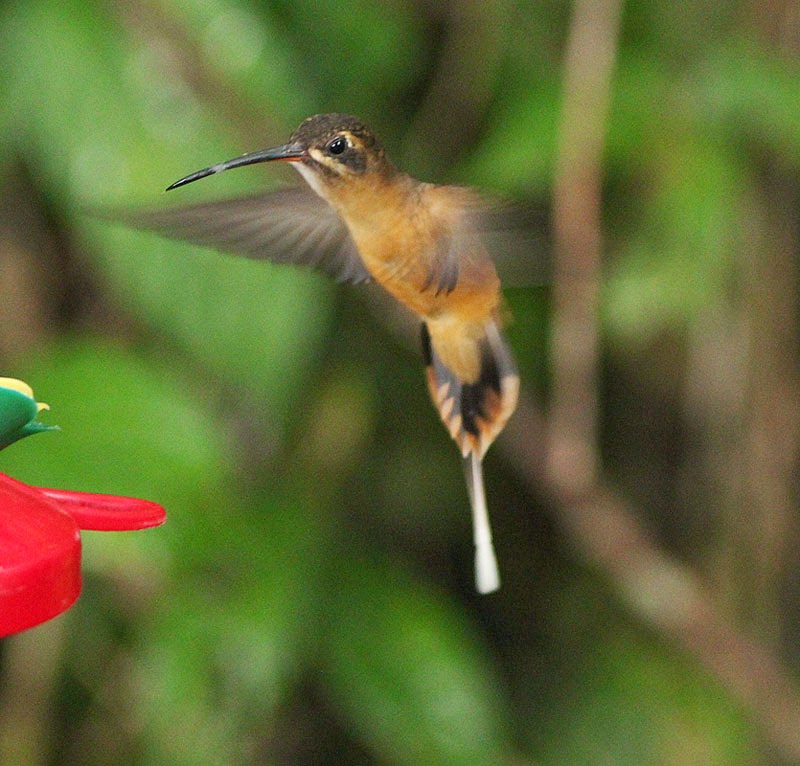 Another good one at these feeders was this Gould’s Jewelfront. Interestingly, the only other feeders in the world I know of that host either of these same two species also host both of them, at Amazonia Lodge in southeastern Peru, hundreds of miles away. (It remains to be seen if the new lodge at Villa Carmen nearby will also have them.) 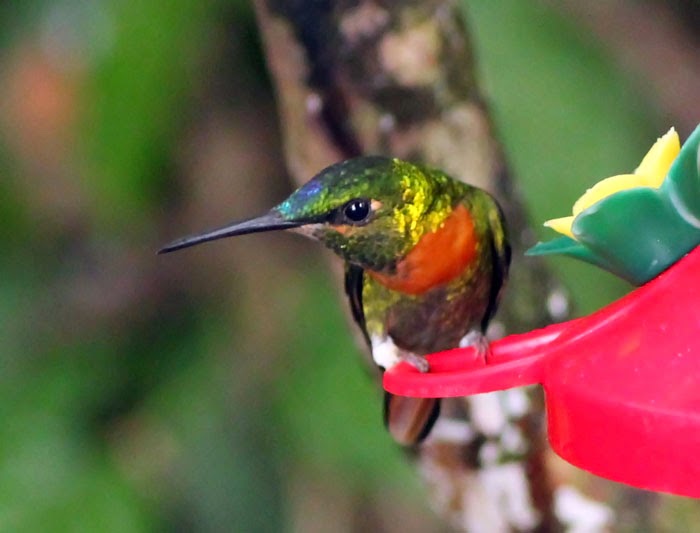 The first hummingbird we actually tallied on the tour was a female Black-throated Mango that was attending this nest on a power line right over the airport parking lot. I have seen this species nest in similar, very open situations, such as on a twig of a fallen tree in the Cristalino River, Brazil. 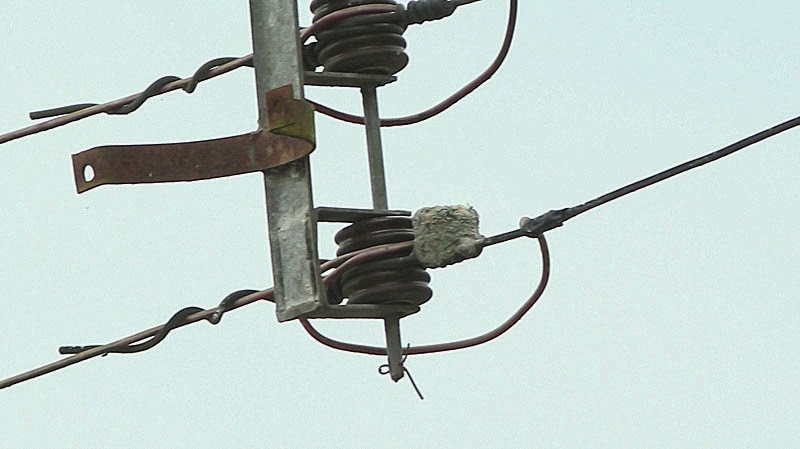 At the end of the tour we caught up with a few male Black-throated Mangos at the feeders of Waqanki Reserve, now branding itself as Fruiteater Lodge. 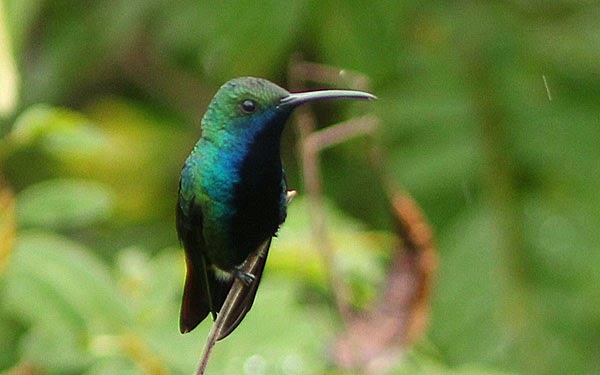 The feeders here were simply amazing. White-necked Jacobins, now regarded as one of the most primitive of hummingbirds, were in all sorts of plumages, this one an adult. (Some females look just like males, so I'm guessing one can't tell the sex on this one.) 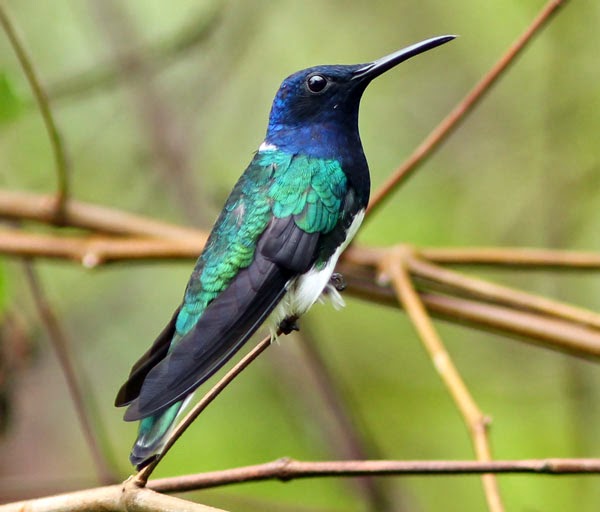 It’s so cool to see hermits come to feeders, and one of the prizes at Waqanki is this furtive Black-throated Hermit – always at the feeders hanging low in the dark shadows. 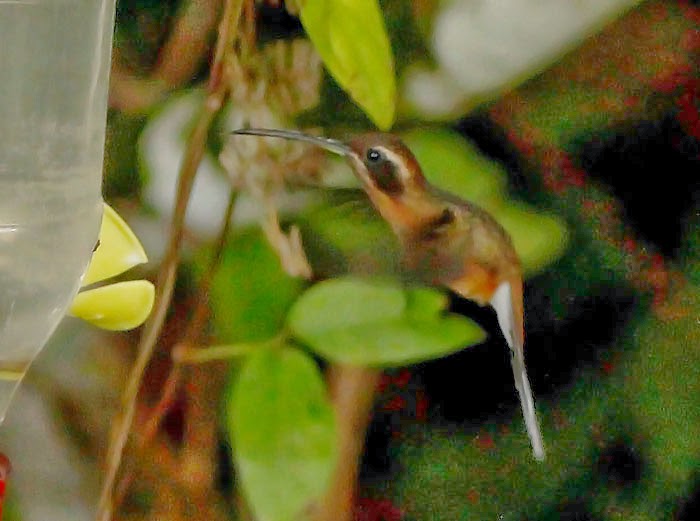 We were just high enough in the foothills here for Sparkling Violetear and low enough for Golden-tailed Sapphire. 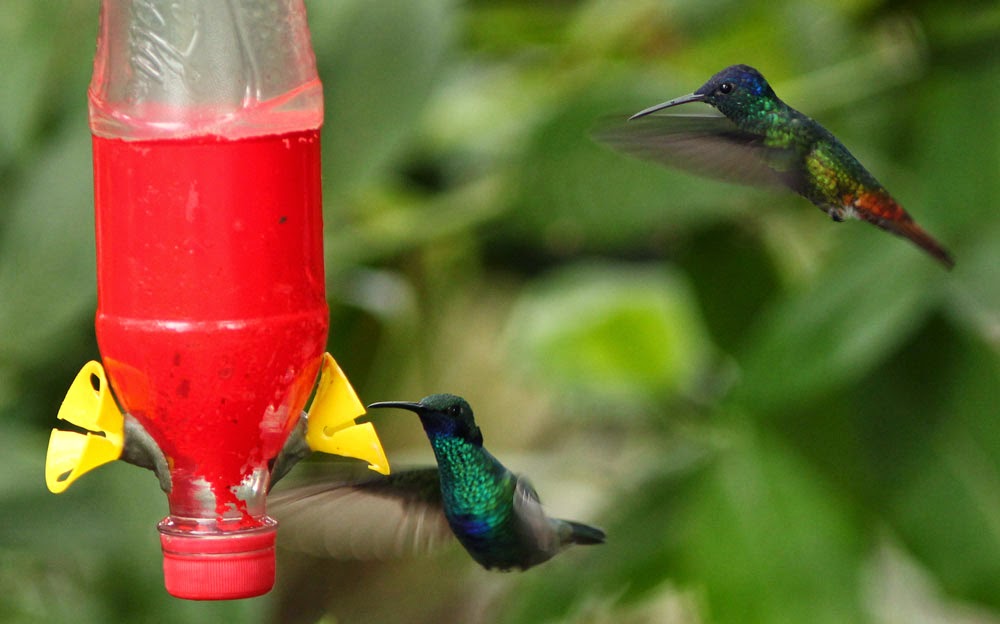 The rarest one was this Many-spotted Hummingbird, which came in only 2 or 3 times briefly. They are usually a bit higher in elevation than this (where there are no hummingbird feeders...yet). 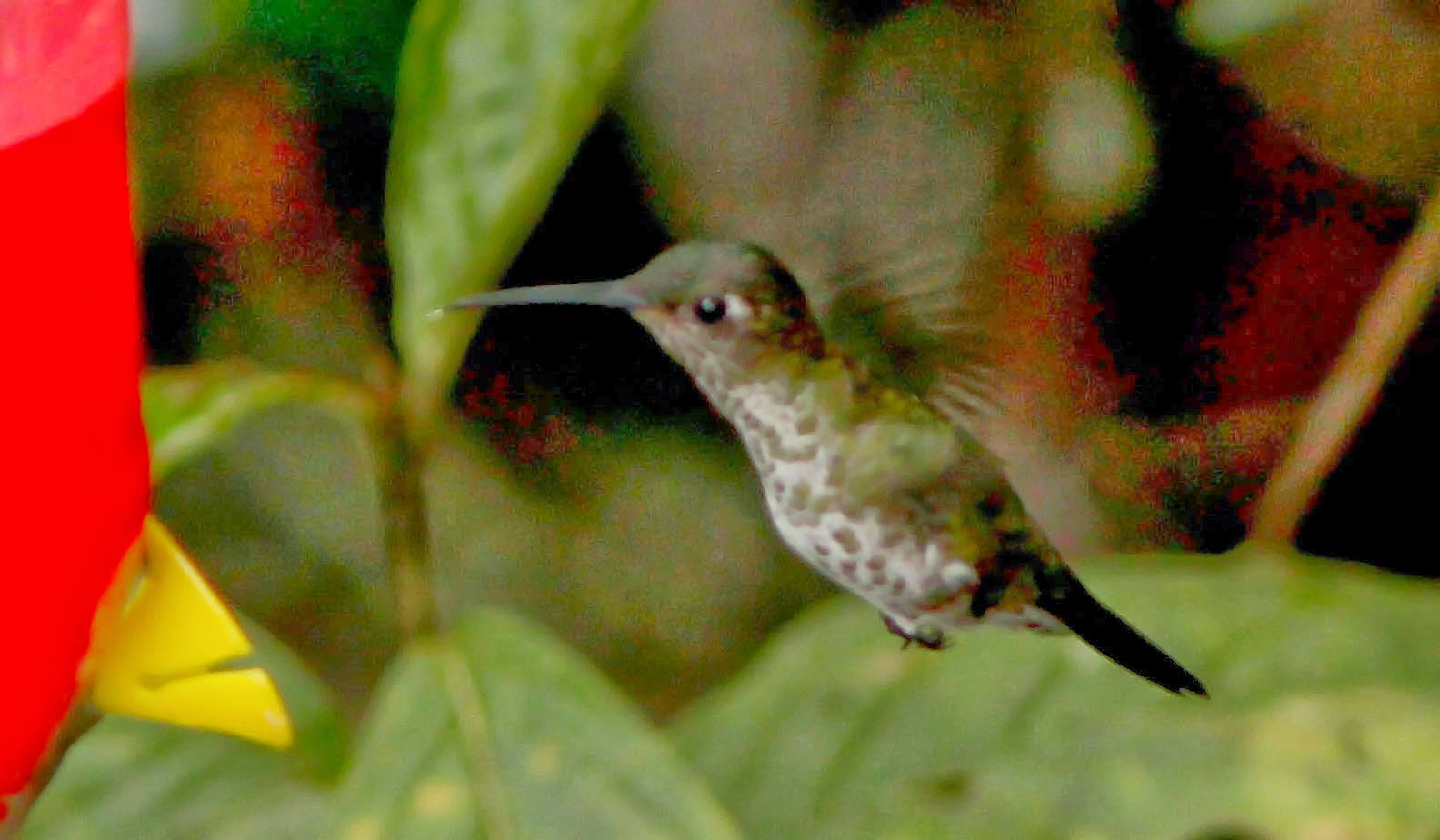 One of the best birds here is always Rufous-crested Coquette, with several birds present at the feeders and in the Porterweed (Stachytarpheta) hedges. 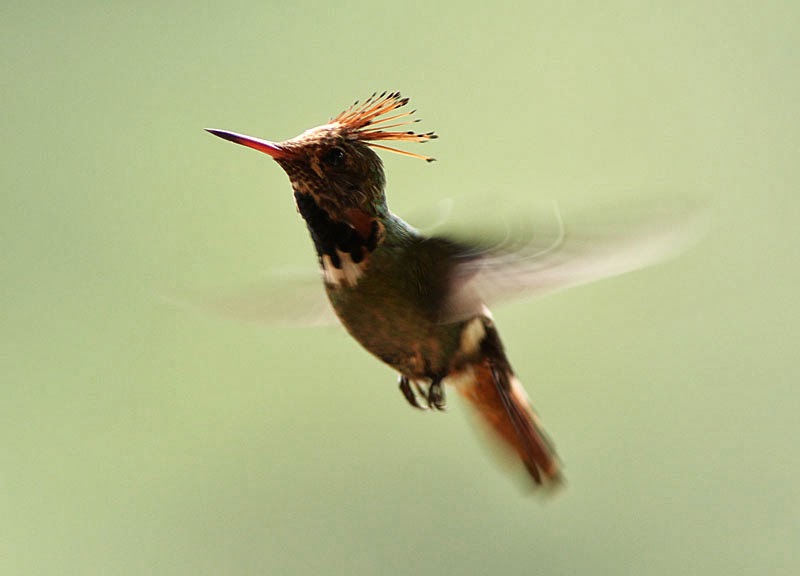 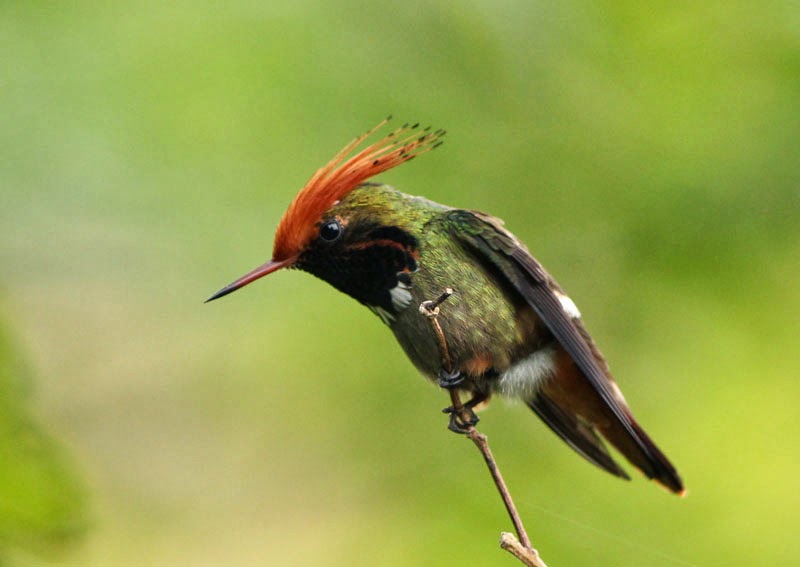 In addition to the 15 species we saw at the feeders, three came only to flowers: A male Little Woodstar (very rare this side of the Andes), several Blue-tailed Emeralds, and a scarce Violet-headed Hummingbird. The only species we missed that had been reported recently was a Rufous-throated Sapphire.
Posted by Birdernaturalist at 6:04 AM No comments:

My burgeoning backlog of bloggable booty is growing daily, and I may soon get to it all. But first I must share today's exciting find. Mich took me to a site in south-central Togo where he found Egyptian Plover a couple months ago, and this was my most-wanted bird on my six-week visit here (shockingly already half over).

Check out this beauty! 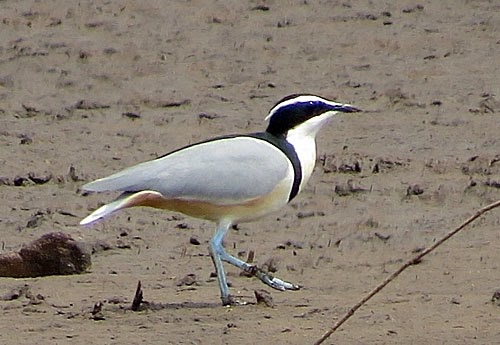 This bird is common nowhere, and most birding tours spend at least a couple days to drive to where they can see it. Where we saw this bird and three others (!) is a mere three-hour drive from Lomé, the capital of Togo – which may make it the easiest place to see it anywhere. One of its English nicknames, Crocodile Bird, echoes the German name Krokodilwächter, from old, unreliable observations that they picked teeth of Nile Crocodiles. It does look kind of like a plover, but is only distantly related and is now in its own family, Pluvianidae.

It used to be considered a relative of pratincoles and coursers, and at the very same reservoir we had about 200 or so Collared Pratincoles in all directions, once a large group in a single flock. Like a cross between a swallow and a shorebird, these are also handsome birds. 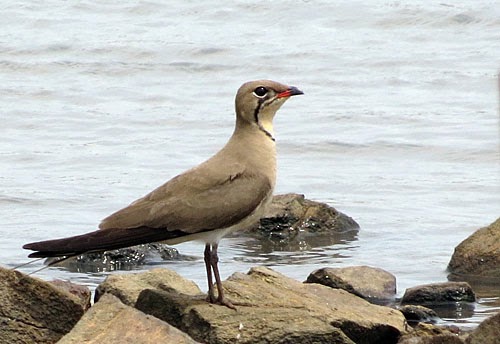 These fine birds came at the end of what had already been a fantastic day of birding on our way home from what were an incredible two days at Pendjari National Park in far NW Benin (another blog or two to come). We stopped at a rocky ridge south of the Togo city of Kara just to poke around and found six lifebirds for me, including these gorgeous Violet Turacos. Even Mich had never seen them perched. 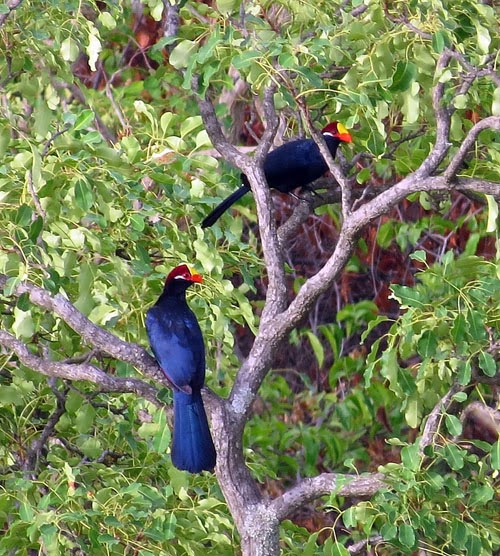 I look forward to getting in a few more mornings of birding in while here in Togo, but now it's back to catch-up time on the computer while Kate and Mich are at work.
Posted by Birdernaturalist at 5:20 PM No comments: