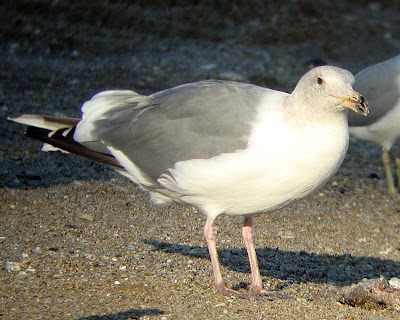 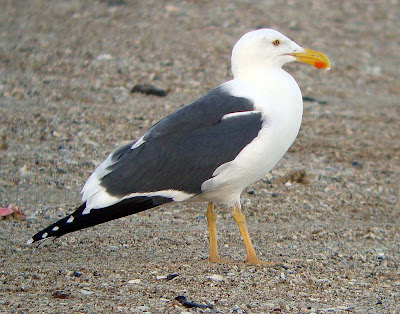 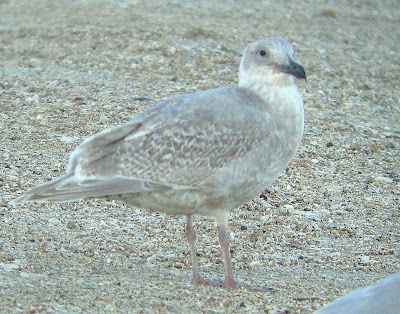 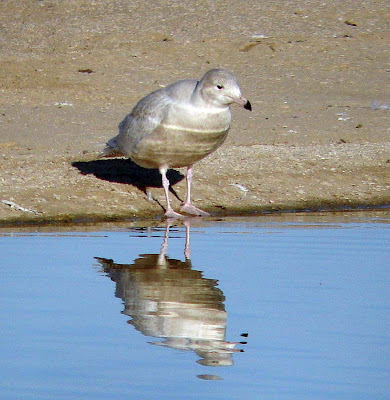 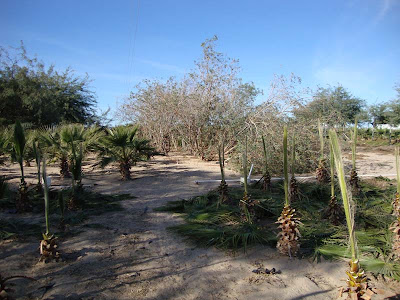 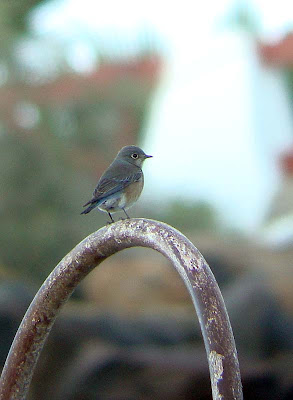 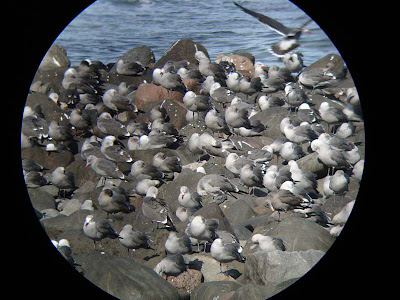 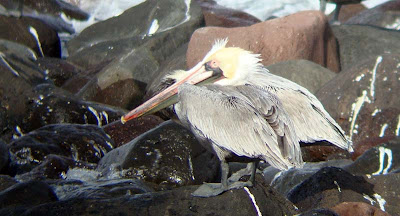 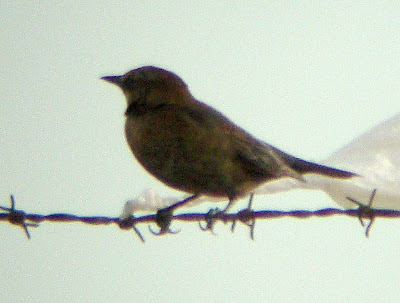 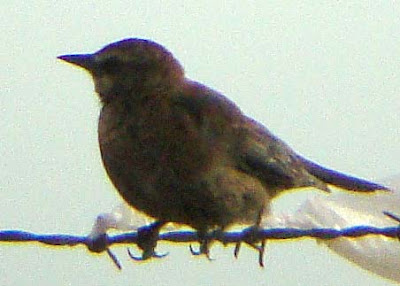 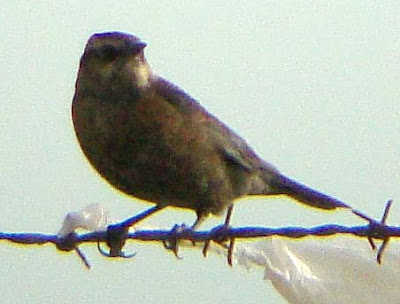 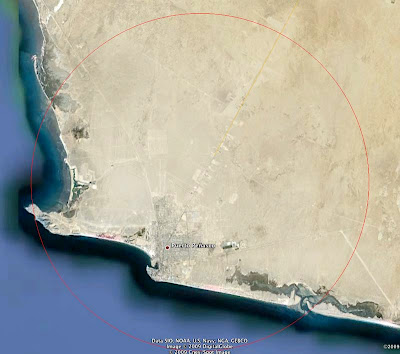 This Google Earth screen shot shows how barren the desert of this CBC circle is.
Posted by Birdernaturalist at 5:48 PM 1 comment: 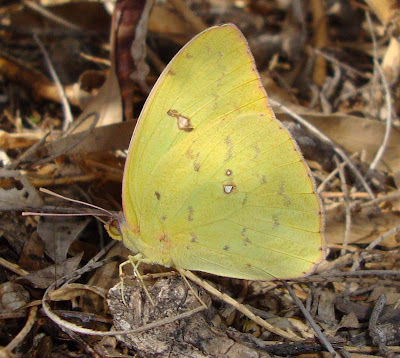 It seems that we've had just one moist Pacific front move through here in Southeastern Arizona so far this winter. Before and after, it's been lovely and sunny. Lows in the mid- to upper 30's and highs in the 60's. We haven't had any freezing weather to kill the short-lived insects. So on December 2, I saw thisd summery Cloudless Sulphur coming to wet soil near where I watered some pots.

More surprising was this Great Blue Hairstreak (Scarlet-dotted Greatstreak would be a more appropriate name) on my doorstep on November 28. The caterpillars of this rather tropical species feed on mistletoes. I saw one laying eggs on one of the few clumps of mistletoe in our yard last year. 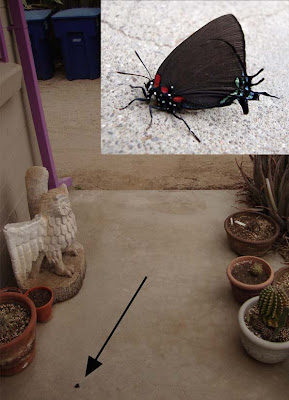 Posted by Birdernaturalist at 7:45 PM No comments: 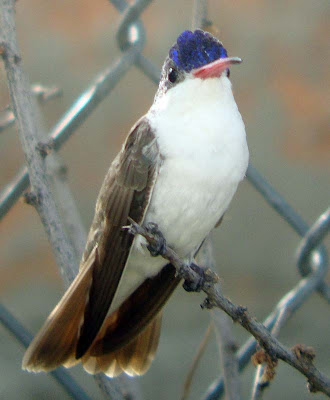 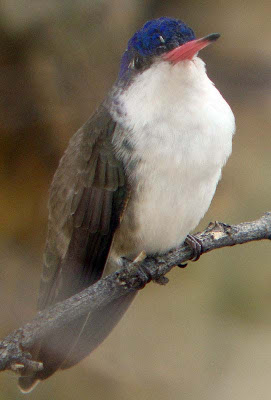 Incidentally, the probable hybrid Costa's X Black-chinned Hummingbird is still in my yard each day. She doesn't "own" any of the feeders though, quickly taking a drink from any of a number of feeders (except for the ones that are strongly defended by the Violet-crowns and a few Anna's). She can usually be found resting in the bushes on the south-central side of the property or in the neighbor's yard, sitting low and chipping.
Posted by Birdernaturalist at 12:47 PM No comments: