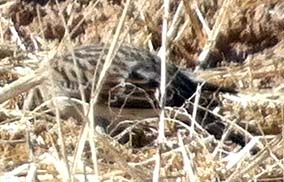 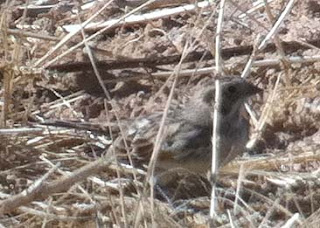 This Lapland Longspur was found by Andrew Core at the Avra Valley Waste Water Treatment plant southwest of Tucson Arizona three days ago, and has been seen by several people since then. Mich Coker and I saw it this morning, November 27, along with Bob Beatson, Randy Grohman, and Peggy Wang. Not so visible in these photos (digiscoped with an iPhone through an 85 mm Zeiss Diascope zoomed all the way in to 60X) are the strongly rufous-edged greater wing coverts and tertials. The ear coverts have more of an outline and the bill is smaller than on McCown's Longspur as well. It was hard to pick out of the many Horned Larks it was associating with – look for the smaller, darker appearance with the binoculars, while the streakiness is visible only through a spotting scope at the distance we were at.
Posted by Birdernaturalist at 12:57 PM No comments:

Just finishing up with my fourth trip (and third tour) to the Galapagos. It was fantastic. I really loved seeing everything new again through the eyes of all the participants, all of whom where in a constant state of gobsmack from the experience – the incredible creatures, such as the giant tortoises; the tameness of the birds and animals; the diversity and color of the fish on our snorkeling outings; the beauty of the landscapes and the plant communities; the superb boat and excellent crew. On and on. We saw all but two of the endemic species (all we expected to see; the martin and the Mangrove Finch are usually out of reach anyway), and some fantastic mammals such as Pygmy Killer Whale and Sei Whale.

I was here for the first time with a good camera and a 300 mm lens, and I took a few thousand photos. Here was one of my favorite, a Galapagos Shearwater to the NW of Isabela Island. 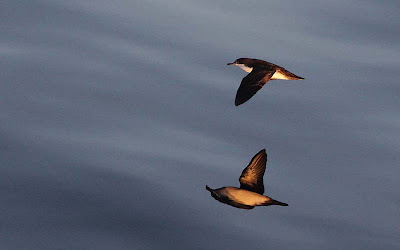 Posted by Birdernaturalist at 4:52 PM No comments:

Inspired by a lovely blog post by my friend Margarethe Brummerman – and then fortuitously invited by my friend Mary Klinkel – I went up to Molino Basin for a short morning this past week. I joined Mary, Karen Nickey and Elizabeth Willott primarily for a search of Poling's Giant-Skipper, a very local species that needs large stands of Schott's Agave and exists in the adult phase of its lifecycle only this time of year.

In the end, I finally had success with the skipper, a first for me. It really helped to have Mary lead us to an area where she had seen them before and especially explain to us where they like to perch, how they fly, etc. This one was territorial on exposed granite boulders. 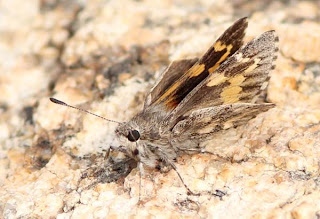 Even with just that one species, it was a spectacularly successful morning, but we saw lots of stuff – most of which I finally have names for: 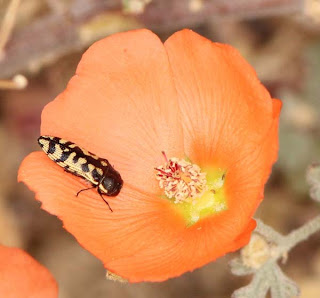 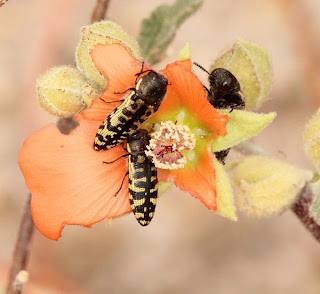 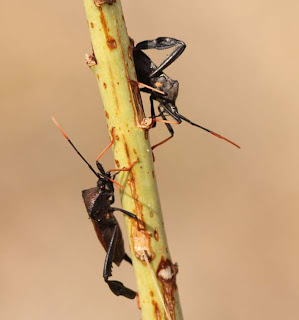 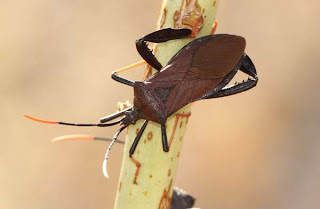 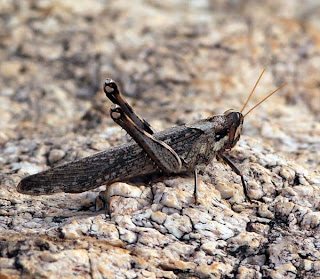 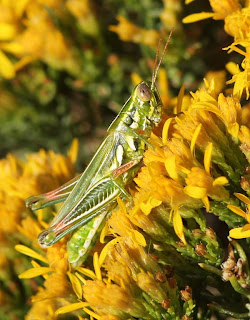 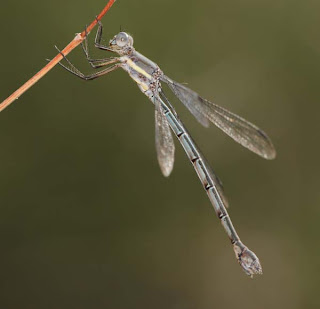 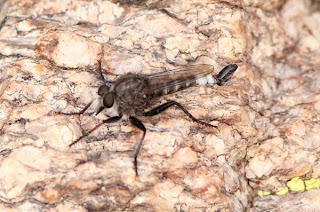 Mating robberflies, Promachus atrox. Notice that the female is feeding. 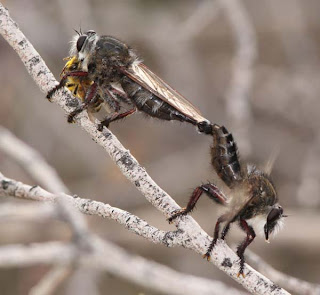 caterpillar of the White-lined Sphinx, Hyles lineata, feeding on buckwheat 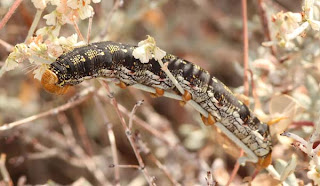 unknown caterpillar in the genus Cucullia, feeding on either Aster or Erigeron...this is possibly C. postera, since that species is known to feed on Aster. 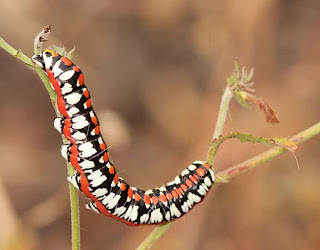 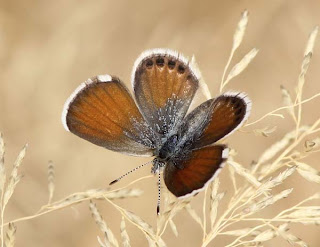 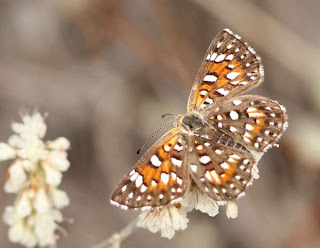 Posted by Birdernaturalist at 11:10 AM No comments: