There are just a few photos from the relaxed, final few hours of morning birding on my WINGS tour to the Cape Region of Baja California. The tour officially ended around noon with our arrival at the San José del Cabo airport.

We actually had one outing after our late afternoon arrival the day before, after the long drive from Puerto San Carlos. With memories of the whales still fresh on our minds, we walked down to the beach to watch the release of hatchling Green Sea Turtles by a team of volunteers who collect the eggs and incubate them safely from the many predators and people who use the beach. They eventually released somewhere around 60 hatchlings at dusk this evening. 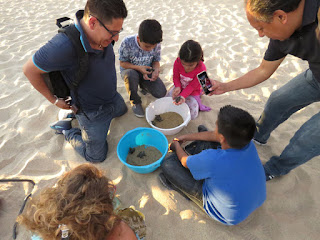 While waiting for the volunteers to get the last turtles from their nests, we watched the sun set and noticed a fascinating tail-slapping display of a Humpback Whale, perhaps a mile out at sea. I was able to get it in the scope, as the animal “stood” on its head for at least ten minutes, slapping the water aggressively back and forth with each side of its flukes without pause. This is likely part of a mating display, perhaps aggressive, but no one really knows.

We stayed at the Serendipity Bed & Breakfast, a delightful place that everyone opined would be a nice place to stay for a few days. I agree, and it would be fun to really scour the region for vagrants, but we had pretty much run out of expected bird species to add to our list, and that would just make the tour more expensive. Sigh. 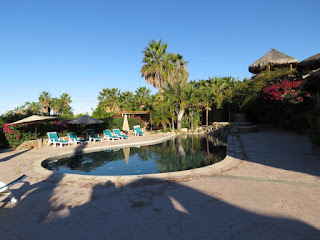 We did add White-crowned Sparrow (the interior western subspecies oriantha), Brewer’s Sparrow, and California Quail, as well as had more enjoyable views of Scott’s Oriole, Hooded Orioles, Lark Sparrows, and Costa’s Hummingbirds, among others. This Hyptis laniflora, Woolly Desert-Lavender, endemic to Baja California Sur, was the primary food for the Costa’s Hummingbirds. 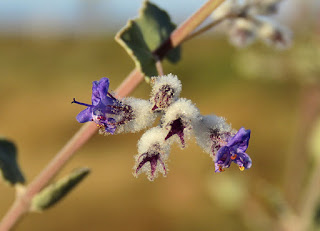 This bushy composite, forming shrubs taller than me, is Bahiopsis tomentosa, Felt-leaved Goldeneye, and is endemic to the Cape Region. 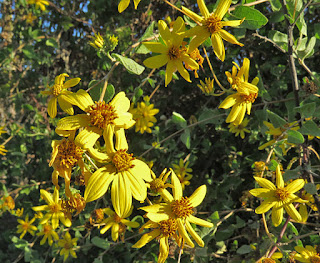 We saw several Northern Mockingbirds every day of the tour – the deserts here apparently offer plenty of food and the right structure. 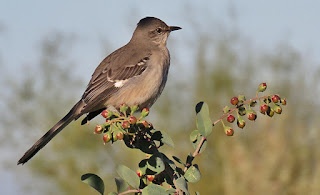 The mockingbird is perched on this fascinating shrub, which might be a food source. It is Stegnosperma halimifolium, Sonoran Stegnosperma, in the strange and small family Stegnospermataceae. Although there are specimens of this species from Caborca, Sonora, less than 100 km from the Arizona border, there are no members of this family here. 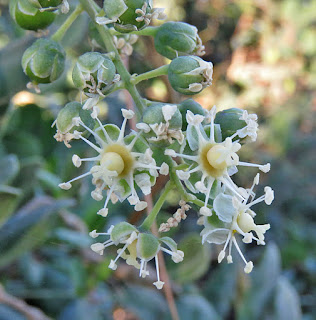 It was starting to get warmer, and more butterflies were around. This is the very widespread Pyrisitia lisa, Little Yellow. 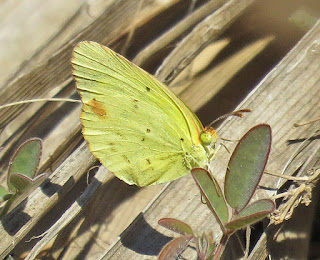