Widespread but never a common bird (and even a record of a vagrant in southern Texas), the Crane Hawk quite an interesting bird. You hardly ever see them fly, or if they do fly, it's not for long – they seem to mostly hunt by sitting and waiting or walking around on the their long, red legs.

This was on the entrance road to Pouso Alegre lodge in the northern Pantanal on my WINGS tour just this past week, a lucky shot from the van window as it flew from a roadside bush to the ground. 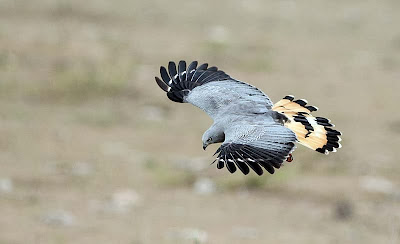 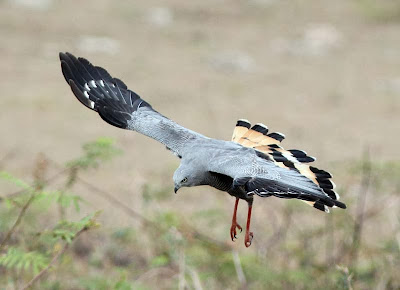 Posted by Birdernaturalist at 7:44 PM No comments:

I and the Rheas 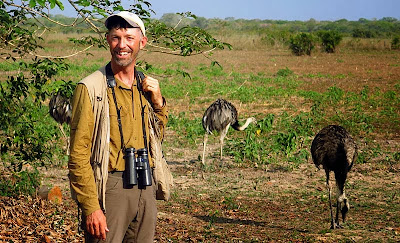 I’ve just finished the second of my two Marvelous Mato Grosso tours, and I’ve decided this tour was well-named. We birded three main spots from the north-central border to the south-central border of this huge state (a bit larger than the size of Arizona, New Mexico, and Nevada put together). I haven’t tallied the total bird list yet, but it’s pretty overwhelming.

On our last day we arrived at our Pantanal lodging at the working ranch of Pouso Alegre and a troop of six Greater Rheas wandered in for a drink next to the buildings. 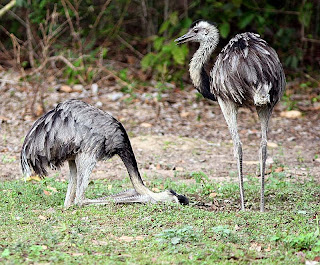 People are always tired on these tours – seeing so much biodiversity is hard work. Even if they get an opportunity for 9 hours of sleep each night, people are too tied to go owling after dinner. So this evening we set out in the late afternoon, did some light birding, watched water birds for about a half hour at an oxbow until dusk, and then looked for owls. On the way to the oxbow we stumbled across this Red-footed Tortoise, Chelonidis carbonaria. 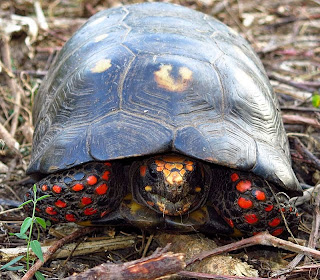 And then owling was as good as it gets. While we didn’t hear the Black-banded Owls from the previous tour, the Striped Owl (an adult and 3 full-grown begging young) and a Mottled Owl took minimal effort to see. We didn’t even really try to see the Tropical Screech-Owls that were calling since we had seen one in the daytime a few days earlier.

The Striped Owl, a little known bird from the area. 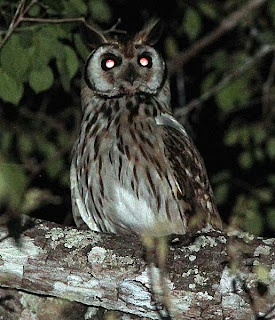 Mottled Owl. In reality, this rather scarce inhabitant of tall forest is a totally different species from the common bird of open woodland and gardens of Central America and west of the Andes. Although it’s not recognized by any of the checklist committees, naming it as a separate species would be less of a split than merely correcting a stupid mistake from whatever list we started out with. 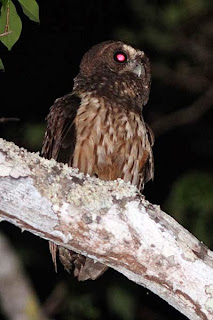 We had a very relaxing last morning, wandering the grounds of our lodge, going a bit down a trail, and enjoying the dawn sounds. Here, a trio of Hyacinth Macaws doing their morning preen. 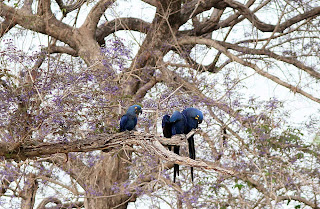 Posted by Birdernaturalist at 4:30 PM 3 comments:

Just a few day's quick photos from my WINGS birding tour in the Pantanal yesterday.

Great Kiskadee knows that Toco Toucan is an egg predator. 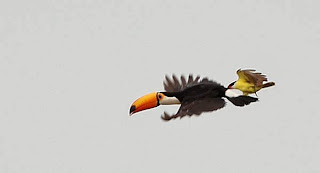 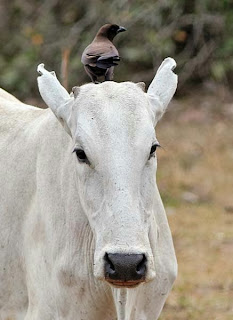 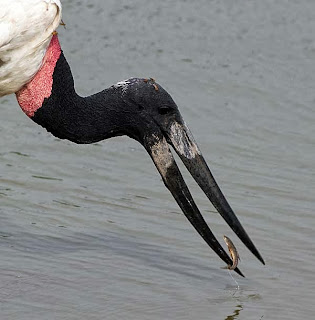 Posted by Birdernaturalist at 2:28 AM No comments: