What a marathon of a bird trip!

From 7:00 a.m. on Saturday, November 1 to 6:30 a.m. on November 3, the 85-foot Grande was home for 40 birders headed out to the open Pacific Ocean. We spent all day Saturday and Sunday birding the open ocean, scanning the horizon for anything moving or sitting on the water.

The trip began with hours of sitting while driving from Tucson to San Diego, then countless hours of standing, staring at a usually birdless Pacific Ocean. And a couple of not altogether comfortable nights on a narrow bunk. And it was by far the lowest species/hour of effort birding trip I have ever been on. Sounds bad? Not at all! I didn't regret a moment of it and would do it again. Part of the excitement was never knowing what the next bird would be, and how rare it might be. The weather was good, the seas not very rough, an no one got seasick. I also really enjoyed meeting a bunch of new birders and making new friends. 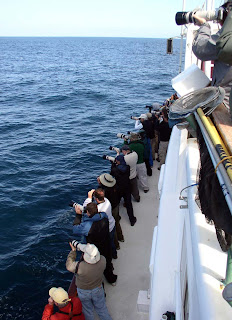 Here are the birders getting fantastic views and photos of the Red-billed Tropicbird.

Another highlight was watching dolphins ride the bow. Here are Pacific White-sided and Short-beaked Common Dolphins. 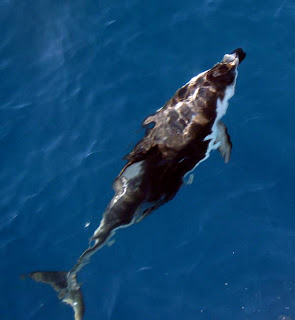 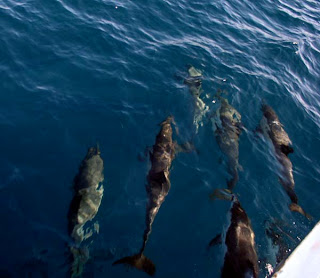 Dylan (who drove), Scott, and I broke up the drive to bird some migrant oases in SW Arizona, as well as the marshes of Mittry Lake north of Yuma and the southern end of the Salton Sea. Highlights were a Rufous-backed Robin at the Children of Light commune near the ghost town of Agua Caliente in far western Yuma County on October 30, hearing Black Rail on the next morning, and finding a Least Flycatcher at some cottonwoods west of Wellton on our way back on November 3. These photos were taken by Scott and Dylan, respectively. 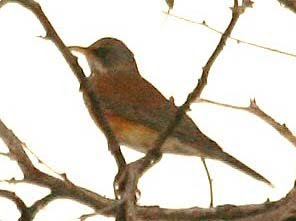 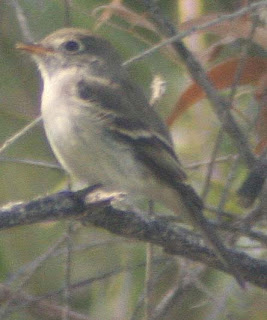 Posted by Birdernaturalist at 1:19 PM