Some of the moths we saw on my Costa Rica tour these past couple of weeks were not only huge but also quite stunning. Perhaps the most spectacular was this Rothschildia orizaba, belonging to a famous genus of silk moths, recognizable by the translucent, hyaline windows in the wings. This one was on the side of the ticket office building at the Monteverde Preserve, which some of us visited at dawn on our last morning there. Common Bush-Tanagers were feeding on the smaller moths, and this one was safe from them, but I suspect the Blue-crowned Motmot had its eye on it for when the coast was clear. 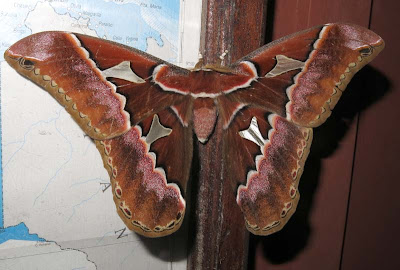 This sphinx moth, Xylophanes staudingeri, was on the same building and was probably also destined to be motmot food. 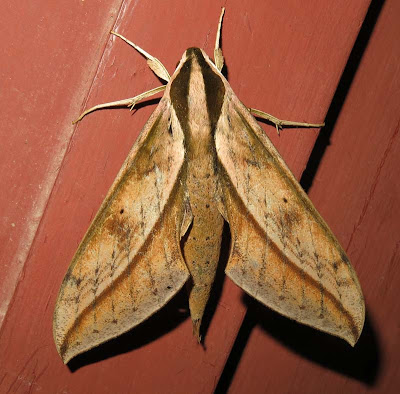 Later in the tour we enjoyed the moths on the side of the administration building at Braulio Carrillo National Park while waiting for the all-morning rain to subside. I had seen this unusual-looking silk moth a couple other times in Costa Rica, so it must be quite common. It is Therinia transversaria, and rather resembles a geometrid. 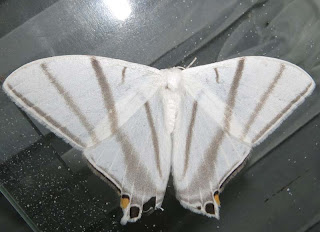 One last silk moth, the readily-identifiable genus Automeris. We have just one common species in Arizona (A. cecrops) and a couple other scarcer ones, but the most of North America has just the famous Io Moth. They are usually perched closed like this, with the exact ID being almost impossible at this point, there being many tropical species. 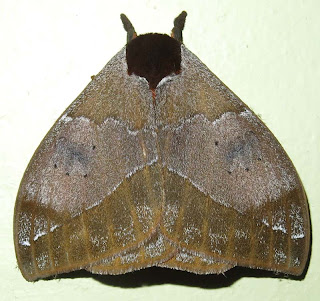 Jim Brock showed me a trick years ago on my first trip to Brazil: put your finger tip at the point of a forewing and push it up to expose the hindwing. While many moths will panic in an evasive flight, silk moths will usually cling tight. The stunning hindwing pattern of this one helps narrow it down to Automeris banus. 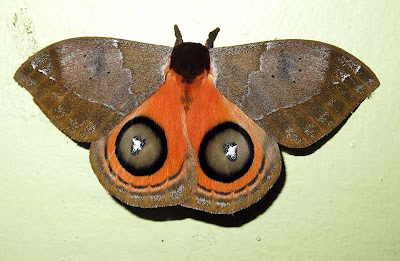 Posted by Birdernaturalist at 7:20 AM