This past Sunday I helped out on the Santa Catalina Mountains Butterfly Count, organized by my friend Mary Klinkel for the Southeastern Arizona Butterfly Association. She assigned me to a group with Dave Powell and Marceline VandeWater who had driven down from the Phoenix area. The day seemed rather slow overall, and we spent quite a bit of time in areas well up the mountain where there were no bugs to be seen at all. But in the end we had about 25 species, which isn't bad at all, though most were represented by ones and twos.

We started the morning in Sabino Canyon, taking one of the side trails through nice desert where the butterfly action was dominated by Tiny Checkerspots, presumably so abundant because of the prolific Dicliptera resupinata, Arizona Foldwing, a probable food plant for the caterpillars.

The first thing I got a photo of here was a Greater Earless Lizard, perhaps a female. We later saw some absolutely stunning males, but they are among the most skittish of our lizards. You need a telephoto lens and much patience to get good photos of them. 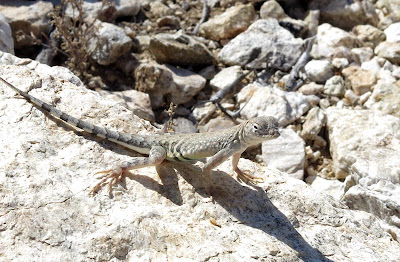 The only Dotted Roadside-Skipper of our day was in Rattlesnake Wash, a tributary of Sabino. 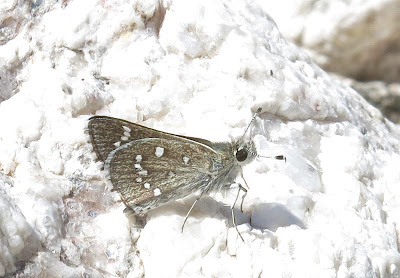 Higher up the mountain, in Upper Bear Canyon, we spotted a few more butterflies, but I managed shots only of a Brown Elfin (one of 3 or 4 we saw) and our only Arizona Hairstreak, a very lovely bug. 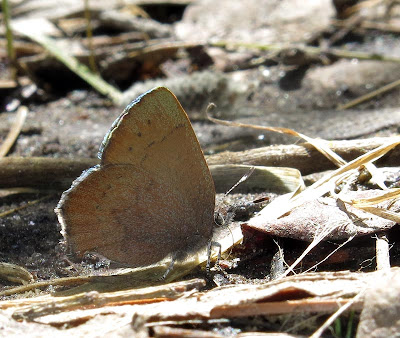 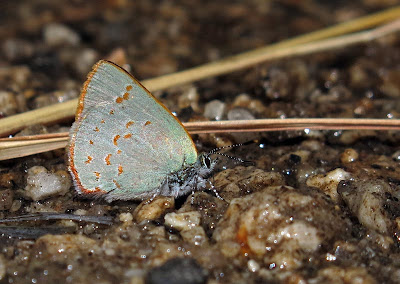 We ended the day higher up at Summerhaven and Incinerator Ridge, adding a few more butterflies such as Comma Satyr and Painted Lady, but my attention was frequently turned toward other things. One was this odd, golden-green fly, somewhat resembling a kelp fly but with the stance of a robberfly. It turns out to be a totally new family for me, Scathophagidae, easily found in Kaufman & Eaton's Insects of North America guide, and also on Bugguide.net. It certainly even looks like the genus Scathophaga. 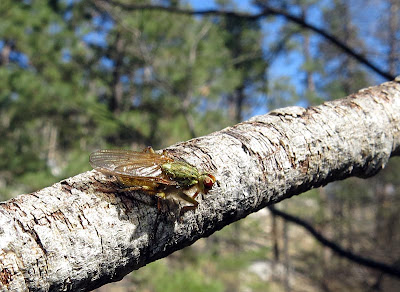 And at the end of the afternoon, this young Greater Short-horned Lizard caught my eye. 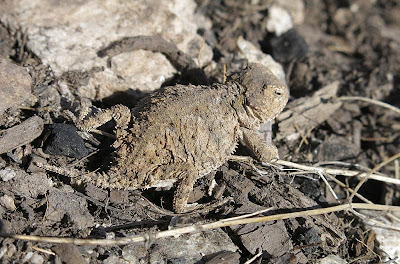 Posted by Birdernaturalist at 6:12 PM