New Mammal for the Yard

Just before I left for Peru late last month I added a new mammal to our north-central Tucson yard list. We’re quite urban here, though the U of A agricultural center does add some diversity to the neighborhood. But we're far enough away from natural desert that we don’t have scorpions, rattlesnakes, or Black-throated Sparrows, for example. But we have had rare sightings of Collared Peccary (twice) and Bobcat (twice) over the past 16 years. I even had a Raccoon once. This guy moved fast and afternoon light was not abundant. Look carefully in the lower left. 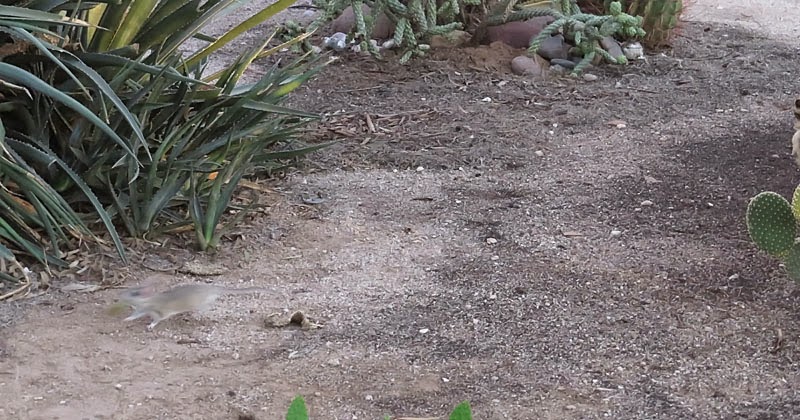 But this White-throated Woodrat (Neotoma albigula) was rather a surprise. I was talking to Paul in the yard between our houses when I saw it run into an agave thicket by his and Irene’s back door. It was carrying a dead, dried cactus pad from one of the ornamental, spineless prickly pears planted here. It ran back and forth a few times between the cactus and the agave. 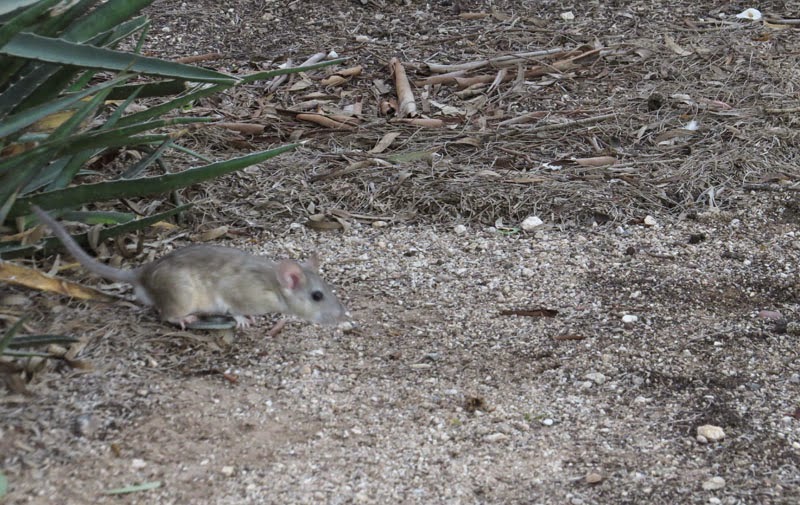 I stood quietly for 10 minutes before I finally  got some decent shots. It’s an adorable rodent, but people who live in the outskirts of Tucson where it is common, they hate it. They tend to make nests in vehicles, under hoods and under back seats, and they love to chew through electrical cables. 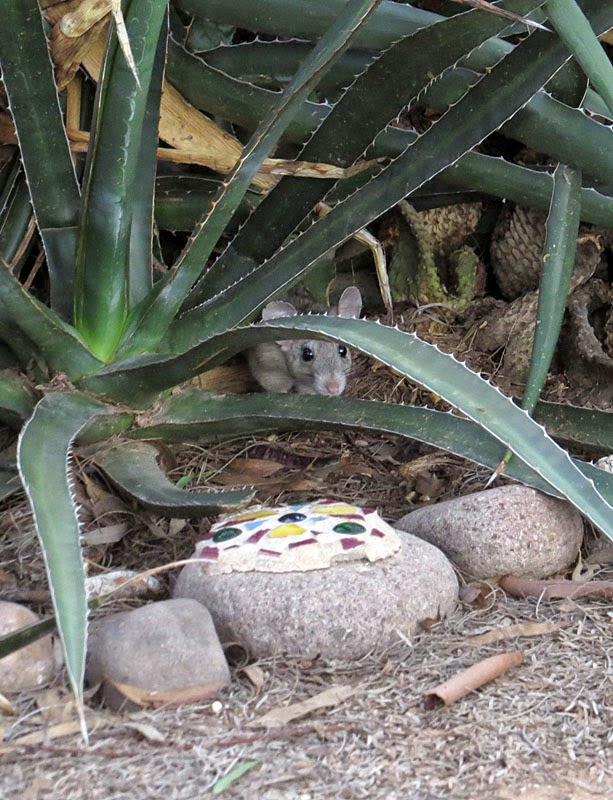 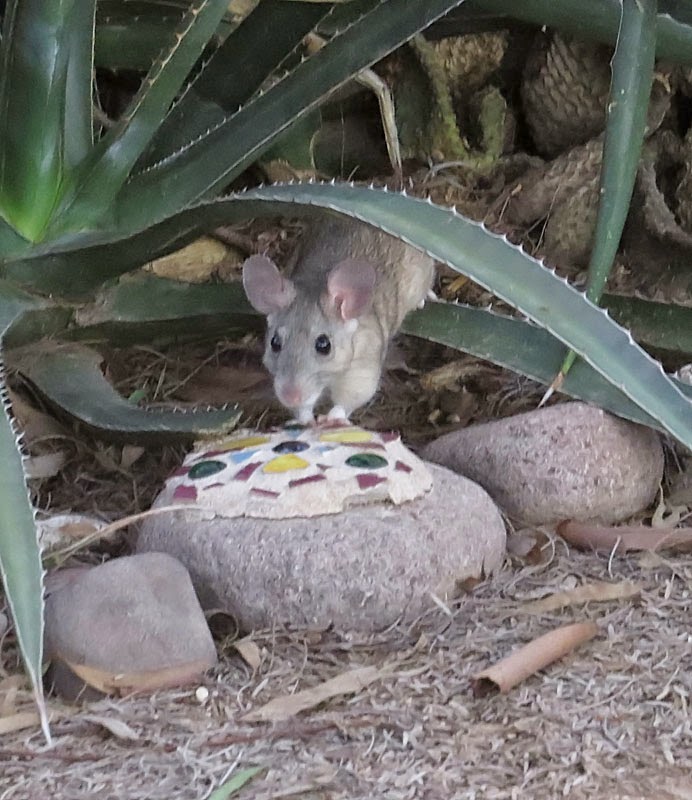 Years ago a young Spotted Owl spent a few winter months in an Oro Valley front yard, far from the mountain forests where they normally live. I picked up one of its pellets and teased out the skull of a White-throated Woodrat.
Posted by Birdernaturalist at 10:05 PM