We started early today as usual (5:00 a.m. breakfasts are the rule here), but we didn’t set out immediately for any trails or the river – we birded from the floating deck for a while, and this Gray-necked Wood-Rail was our reward. It’s a common bird, and one we’ll see easily in the Pantanal, but it’s always nice to see one here on the Cristalino. 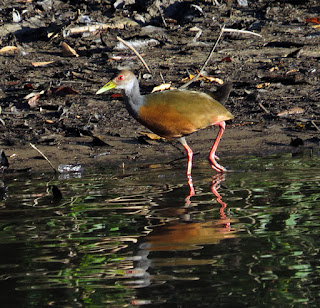 We then set out for a trail upriver, but I planned to make stops for any birds and wildlife we might see along the way – there’s no rush to get to a dark forest rail first thing in the morning. Just a few hundred meters upriver from the lodge was one of the group’s most wanted bird, Sunbittern. 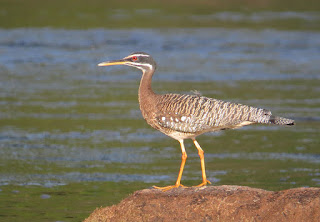 We watched it pace back and forth on some rocks in the river for at least 10 minutes before we got a good view of it in flight. I managed to get one blurry shot that shows the stunning wing pattern. 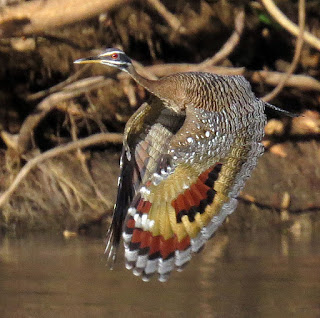 We also stopped for a Red-throated Piping-Guan on a rock, which was soon joined by a second bird. 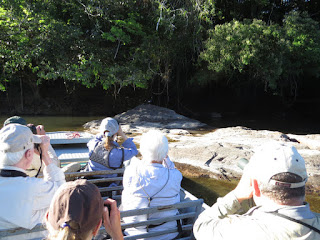 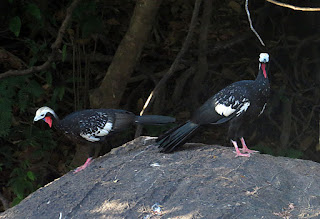 We then walked a forest trail for the rest of the bulk of the morning. 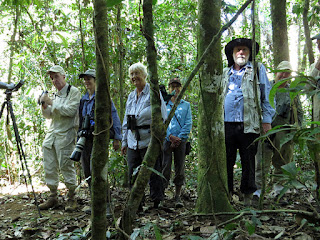 It’s hard work to get good views of birds high in the trees, but we did see some great ones. In any event, there’s always lots of other things to look at. What looks like a black scab on a dead branch is actually a mushroom, or perhaps more correctly a compound mushroom in the genus Camillea. 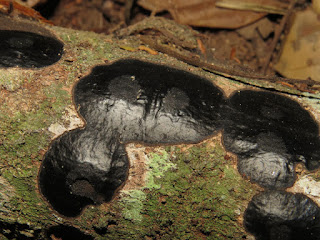 This looks like a clearwing butterfly but is actually a metalmark mimicking one, Ithomeis aurantiaca. 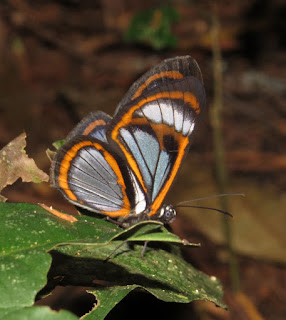 We watched this Passiflora cf. tholozanii for a little bit, but no hummers came in to it during our stay. When I was here in June three years ago, there was a lek of Great-billed Hermits in this same spot. 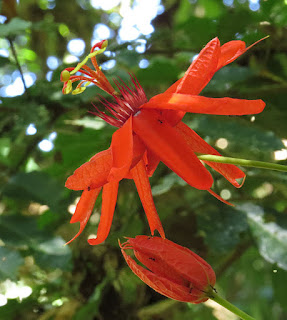 This amazing, huge wasp nest was very high in a tree. 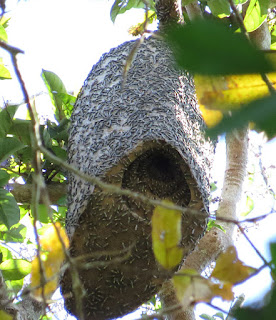 The best find along this trail was an Ocellated Poorwill that I flushed when I stepped a few meters off the main trail to try to see a large woodpecker that was hammering away in a big tree but masked from every perspective by the mid-story vegetation. I saw the bird briefly as it flew off, and looked down to find these two eggs right next to my foot. 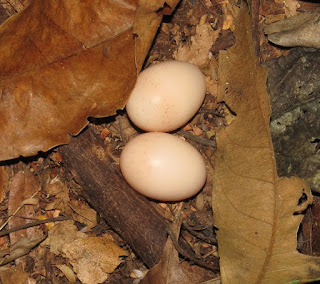 When we returned about ½ hour later, the bird had returned, but I had real difficulty finding it while looking from the main trail even though I knew where to look. Once I spotted it, I looked away and tried to describe its location, and suddenly I couldn’t find it again. What a master of camouflage! As for the quetzal yesterday, I put my camera on my tripod and used a full 1-second exposure to get this photo. 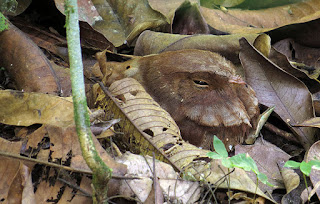 I did not take much of a break after lunch. It’s hot – in the upper 90’s°F – but that’s when many butterflies are most readily found. This amazing hairstreak Arcas imperialis was right behind the leaders’ dorm. 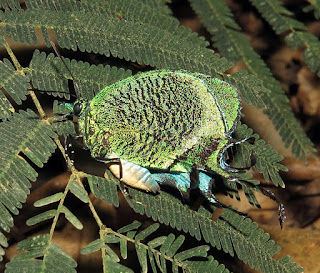 This skipper Jemedia hospita was in front of the dorm door. 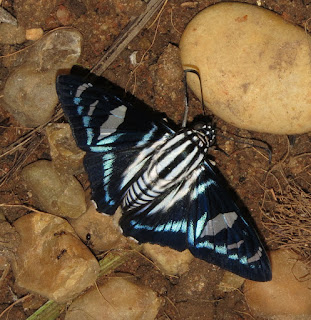 Yet another eighty-eight, this Callicore texa was roosting by the restaurant. 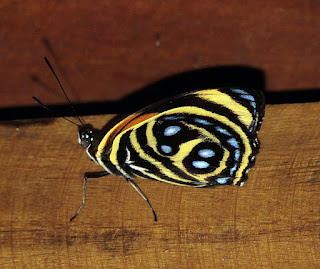 This is Melanis electron, Electron Pixie, a metalmark. 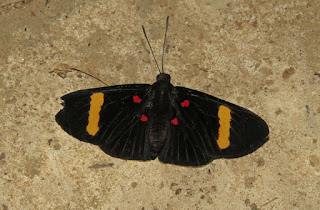 A couple of us took a mid-afternoon walk down a trail, which can be very quiet, but we surprised a group of Spix's Guans in the dense bamboo by the trail. 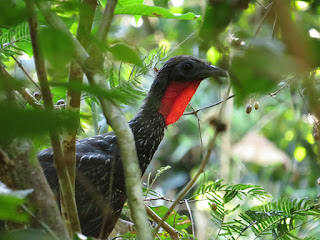 We also had a cooperative group of White-whiskered Spider Monkeys in the fruiting fig trees. 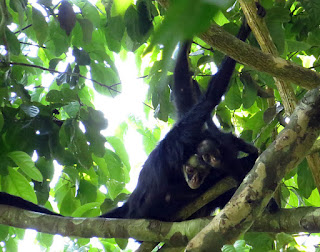 The whole group then gathered for a late afternoon vigil in the open habitat of the Secret Garden, where we had great views of Golden-winged Parakeet, Yellow-browed Tody-Flycatcher, Gray-crowned Flycatcher and others. I got a photo of small scrub-hairstreak which I later identified as Strymon astyocha. 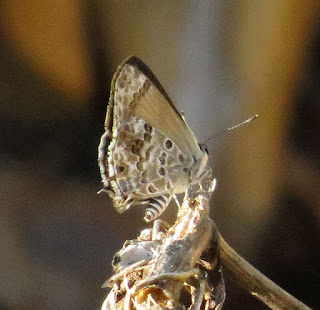 Then there are the fun things that show up at the common area, where the bar, restaurant, and library are located. A young birder and his father from Israel arrived today and showed me this silk moth, Rhescyntis sp., that came to one of the lights. 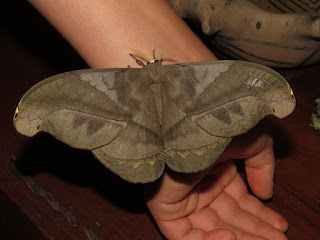 This hawkmoth Pachylia ficus was roosting on the ceiling in the restaurant. 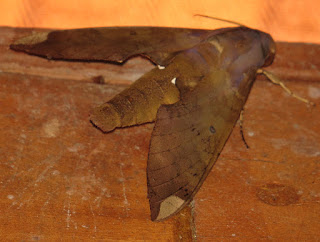 The excitement of the evening was my catching this Long-furred Mouse-Opossum, Micourea demararae, which had taken up a roost behind the small refrigerator behind the bar. Everyone gathered around to look at it before I let it go about 50 meters down the trail into the forest. Little did I know that it actually wanted to be in the bar – a reliable source of water during this very dry time of year. The bartender João Paulo told me it came back an hour later! Posted by Birdernaturalist at 7:10 AM