I came back from my sixth visit to Baja California Sur earlier this week. This was the third time leading the regular WINGS tour here, with other trips being my first scouting trip and two private tours. It was a delightful tour – short, full of birds, beautiful scenery, and a really good group. We had six and a half days in the field, though it seemed more like a long weekend, it went by so fast. Our first morning at San José del Cabo began with this sunrise from in front of our hotel. 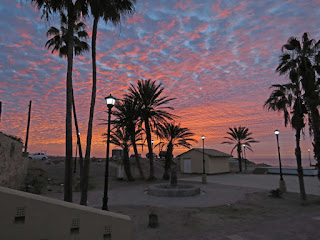 We birded for about three hours at the Estero San José, one of the birdiest places in all of southern Baja, thanks to the ponds, marshes, and oasis vegetation. We pretty quickly found the endemic Belding’s Yellowthroat, getting good comparisons with the more common wintering Common Yellowthroats. Out at the beach we enjoyed watching these Magnificent Frigatebirds coming in for a morning bath, which they do only in flight. 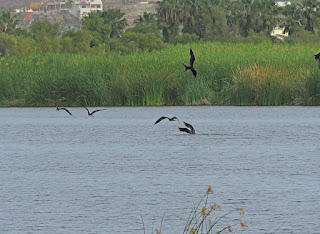 This was one of two Palm Warblers wintering where the marsh meets the beach and some weedy patches of morning glory create the perfect structure for this mild rarity. 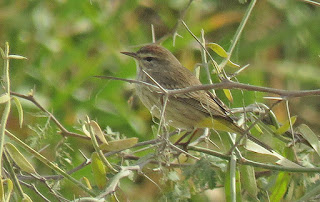 Almost back to the car, I spotted this Gray Thrasher preening low in a bush, our second endemic species. Unlike all other endemic taxa, which are pretty much restricted to the southern tip of the peninsula, the Gray Thrasher is found north almost up to the US border. 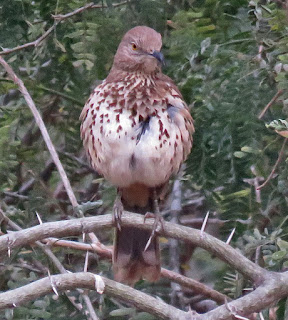 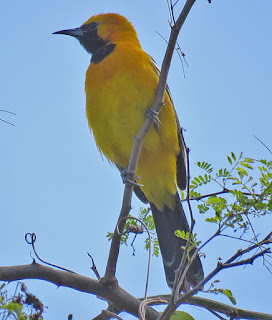 This area hosts a sizeable and rather isolated population of Thick-billed Kingbirds, and we managed to get good views of one. 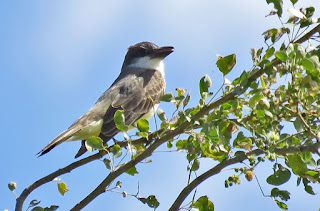 Xantus's Hummingbird was our third (and final) endemic species, all in the pocket before lunch. This is a female. 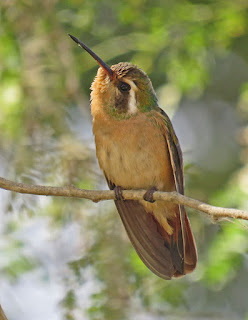 I recognized this Rhynchosia precatoria, Rosary Snoutbean (called Bird-eye Bead in my Baja California Plants book) from one of my trips to Rock Corral Canyon in SE Arizona, the only place in the United States where it occurs naturally. 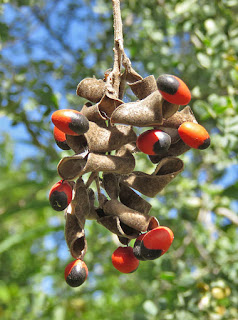 After a delicious lunch of fresh seafood tacos (I had the lobster), we drove to a remote headland on the Gulf of California called Punta Arena. In the desert scrub along the way we flushed many Northern Mockingbirds and California Scrub-Jays, then paused just long enough to get good photos of this Loggerhead Shrike. 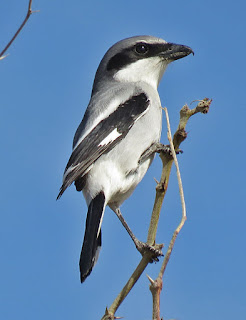 We strolled along the beach casually, finally catching up with the group of over a dozen Snowy Plovers that I’ve seen here before, but also noting a Least Tern hunting just beyond the surf (apparently quite rare in the winter here), as well was Munk’s Devil Rays leaping out of the water. 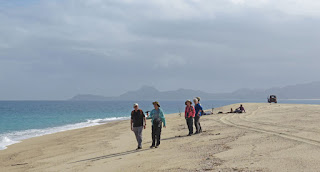 There were dozens of shells on this remote beach, and it was impossible to resist picking them up. I rarely have the urge to take things like this home to clutter my shelves but am glad I decided to take a photo. My tour participants helped select some diversity of  sizes and colors. 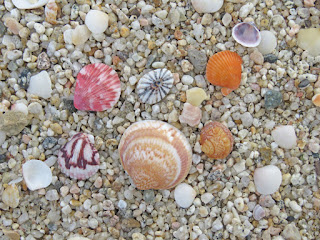 On our way out, our van got mired in the sand where we had earlier driven without any problem. I shouldn’t have slowed down, but on the way here it didn’t seem a problem. The Nissan Urvan’s weak motor and disproportionately small tires are not well suited for any loose substrate, I learned. I jogged nearly 2 miles back to the beach to enlist the help of the very friendly fishermen (visible behind us on the beach in the photo above) who helped dig the sand away from the wheels and push the van out.
Posted by Birdernaturalist at 8:47 AM