A Lapse of Lynx

Spain was a side trip on my Europe vacation to spend time with James Lidster on his "stag do." That sort of British English for "bachelor party," but it seems to imply much more. This one was planned to be a week long trip for him and his friends including some birding and natural history, but not too much.

First stop in Spain on May 2 was the Llanos del Rincón on the way to Andújar from Málaga with James' friends Shaun and Kevin. It was really nice to see several White-headed Ducks, a Eurasian Thick-knee, and hear a Great Reed-Warbler singing. 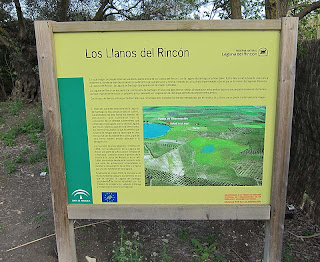 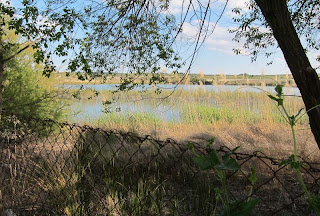 Then we went to the mountains to the N Andújar to look for Iberian Lynx. I was one of two out of the 12 guys who assembled here who missed seeing the stupid cat. But I enjoyed other things, as well as getting to know James and his friends. 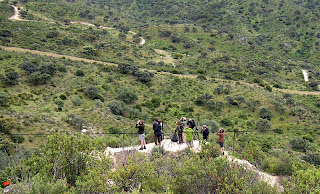 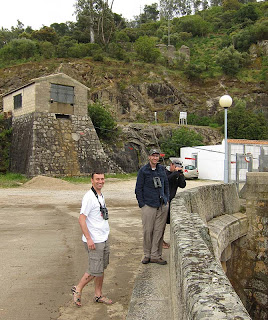 This is the view from where many people stood and scanned for hours hoping to see the feline. There were mammal watchers from all over Europe here these days, and few people were as lucky as these guys. 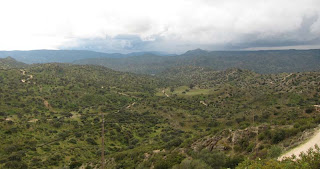 Some birds in the are included lots of Sardinian Warblers (all birds digibinned here). 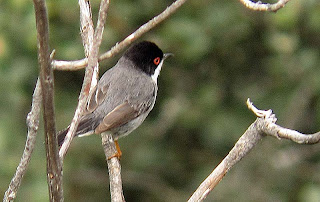 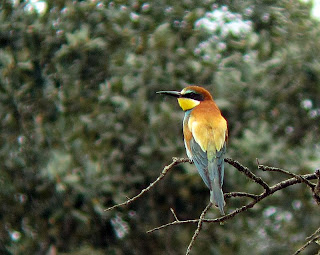 A Small Copper was one of few butterflies active in the cool, showery weather. 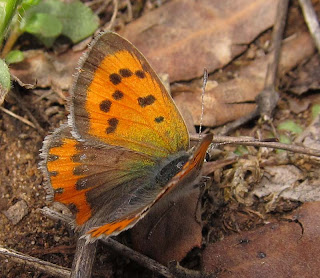 We went into an artificial cave with several species of roosting bats, including this Greater Mouse-eared Bat, Myiotis myiotis. 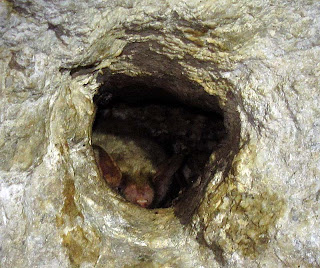 Herman alerted me to this Moorish gecko, Tarentola mauritanica, in a culvert by the lynx watching spot.

James (little guy on the left), Alex, and Herman. I'm usually the tall one in the group, but during this trip I was only the 5th tallest. 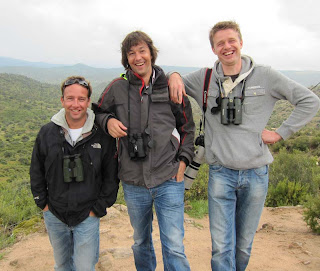 Posted by Birdernaturalist at 12:41 PM