Tarifa – The Total Tip of Spain

Here's another quick back-track blog from my week in southern Spain – the first couple of days in Tarifa with James and his friends. 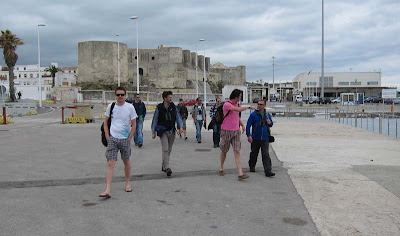 It's a lovely, historic old town. Here's walking into the old walled part of the ancient city through the Puerta de Jerez. 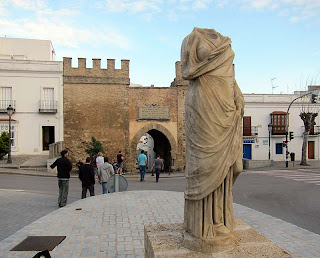 We had our meals and much beer down here, often in view of buildings such as the San Mateo Church, originally built in the 16th century. 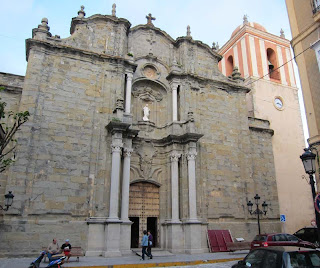 Here we were eating breakfast in the ruins of an old convent. 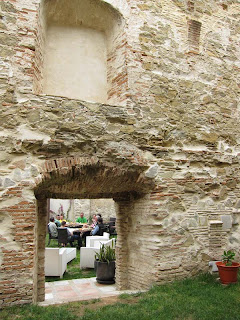 We sampled the nightlife – there are tons of restaurants, bars, and a few dance clubs. It was, after all, James' bachelor party ("stag do" in British English). 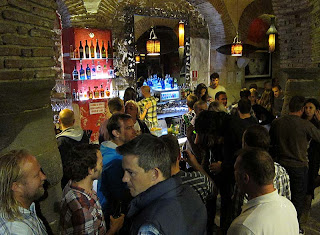 But of course we did some natural history – the first afternoon included a boat trip more than half way across the Strait of Gilbraltar so that we were actually closer to Morocco than to Spain. While sea birds were not too common (a few Cory's Shearwaters, Northern Gannets, Black Terns, and a couple Pomarine Jaegers), a steady stream of Common Swifts flying southward was notable. But the main purpose of the boat trip was to see dolphins and whales, and we had a wonderful experience with a very close pod of Pilot Whales. 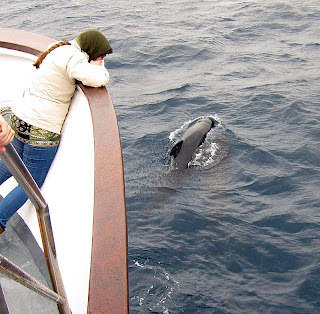