On the tour I just completed in Jamaica, I pointed out the distinctive breed of cattle from the island nation – a smallish, stocky, dark red multi-purpose animal called Jamaican Redpoll. The noisy back of the van made it hard to hear, and some of the participants thought I was jokingly referring to the Cattle Egrets in the fields by that name.

Jamaican longhorns, on the other hand, refer to beetles. For some reason, this year I was particularly struck by this family, maybe just having ignored them on previous trips, or maybe this is a good time of year for them. I already post ed one. Here are two more, the first a widespread Caribbean (also in Florida), the second an endemic. 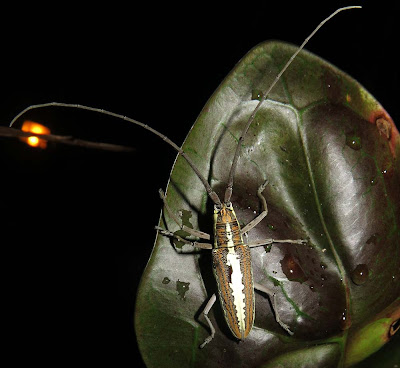 Leptostylopsis ornatus jamaicensis [with thanks to Francesco Vitali] 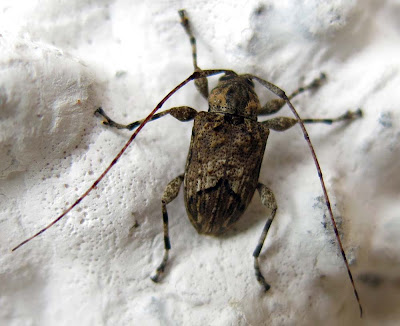 Posted by Birdernaturalist at 8:16 PM