Memories To Make Me Homesick 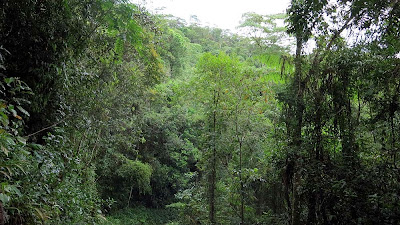 I’m on my way home now from a very long trip that involved four tours (to Mexico, Brazil, and Peru) and some scouting between and after it all. I’m looking forward to being home again but leave Brazil with mixed feelings. Yesterday I was walking along a shaded forest road at Intervales State Park, soaking in the bird song-filled environment, knowing I wouldn’t be hearing these birds again for some time. Yellow-legged Thrush’s sharp and fluty, melodious yet harsh, and mimicry-peppered phrases pierced the mossy and ferny forest midstory, and I felt a pang of regret that I was leaving. The bold, simple, three-noted whistles of Hooded Berryeaters came from several directions while the piercing “poing” of a Bare-throated Bellbird echoed from a distant hillside. From the clumps of bamboo I could still hear the Ochre-rumped Antbird that we had passed a few minutes ago, and the Rufous-capped Antthrush was a constant sound that must carry for well over a hundred meters. Throughout the understory were the constant happy whistled phrases from what passes for Golden-crowned Warbler here (definitely not the same critter from the other end of its range in Mexico), and especially charming and so characteristic of these higher elevations of southeastern Brazil was the amazing downward-tumbling, clinking whistles of the White-browed Warbler – making me smile every time I heard it. And this was during the quiet time of the afternoon – the dawn chorus this morning was utterly mindboggling. Good thing that my required “environmental monitor” while in the park’s interior was the most renowned local birder, Luiz Avelino. He helped me tease out some of the more subtle notes from the cacophony and even astounded me with his ability to whistle in a Spotted Bamboowren whose territory he obviously knew very well. By the end of the day I counted up 150 species of birds seen and heard, and that included almost no open-country or water birds (it was impossible to avoid the pair of Southern Lapwings at the park’s entrance gate on my way to and from dinner, and the chorus of Chestnut-capped Blackbirds by the marsh were equally obvious). After dinner I drove a bit down the road away from the park and found my last lifer of the trip – this stakeout Long-trained Nightjar.

So how could I possibly be looking forward to the relatively bird-free-zone of North America in winter? Well, first of all there are the upcoming Christmas Bird Counts, the best social birding event of the year. Check out the blog for the Tucson Valley CBC, which I’m compiling.

But then here are some memories of the kinds of things I was doing at home this past July and August – which was just the other day as far as I was concerned.

There’s the garden at home. Here, my Tolstoi Tomato that provided me with a grand total of 3 small tomatoes that were utterly delicious. Best was just watching it grow (I started it from seed that I ordered from Nichols Garden Nursery), seeing  recover from a few ravenous tomato hornworms, and smelling the fresh foliage. 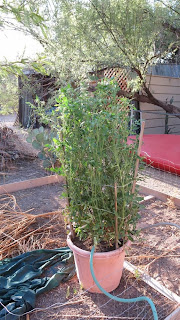 I started some hot peppers, but I don’t think much came out of them. Some seeds I brought back with me from Lombok, some were of the native chiltepin, which I bought from Tucson’s Native Seeds/SEARCH. 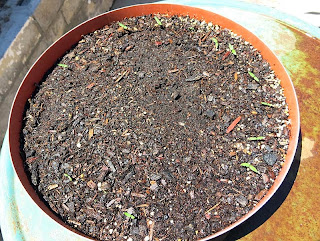 With my gardening this summer not doing so well, there was always the extreme pleasure in receiving from other gardens, such as these amazing fruits from Beth’s magical paradise. 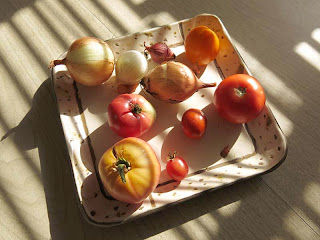 There’s the hummingbird show in my yard which peaks from November through March, especially if there has been a good supply during the fall months. This summer Paul (my neighbor and landlord) found this prize Agave americana flower stalk, the perfect hanger for multiple feeders. 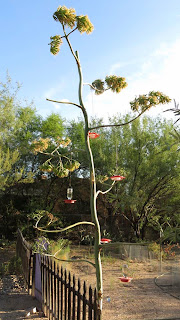 Even in the winter we get occasional moths at the porch lights. This one from August was Forsebia cinis, a confusingly variable thing except for that distinctive hindwing pattern. 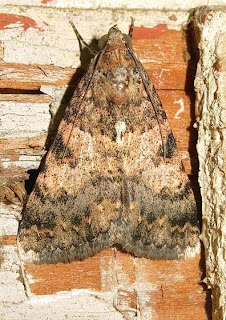 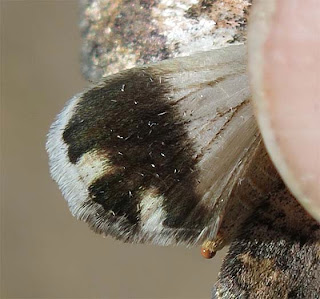 Finally, I can’t wait to get back to knitting – this has been the longest pause for me since I started in March 2010. Mostly I’ve been knitting gifts – here socks for my neighbor Katherine (like a niece to me), a hat for my brother, and a cowl for my sister-in-law. Next up is a sweater that I’ve been dreaming about lately, and I have some socks in mind for myself. 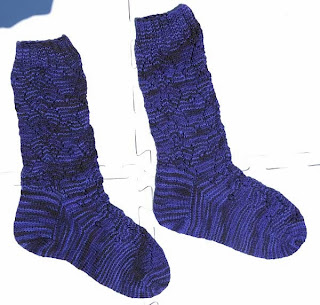 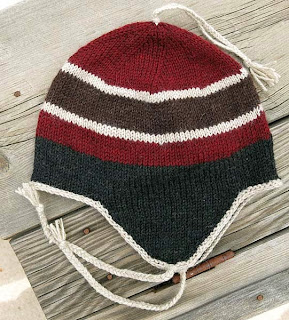 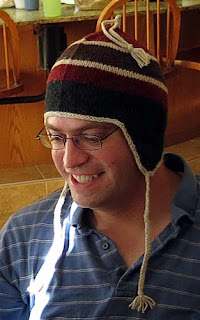 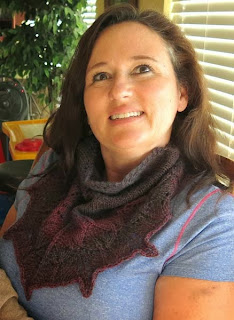 Posted by Birdernaturalist at 3:59 PM