On my first morning home this week, back from a nearly a month in Alaska and Oregon, my neighbor Paul found this track in our driveway. A nice welcome home, I’d say. 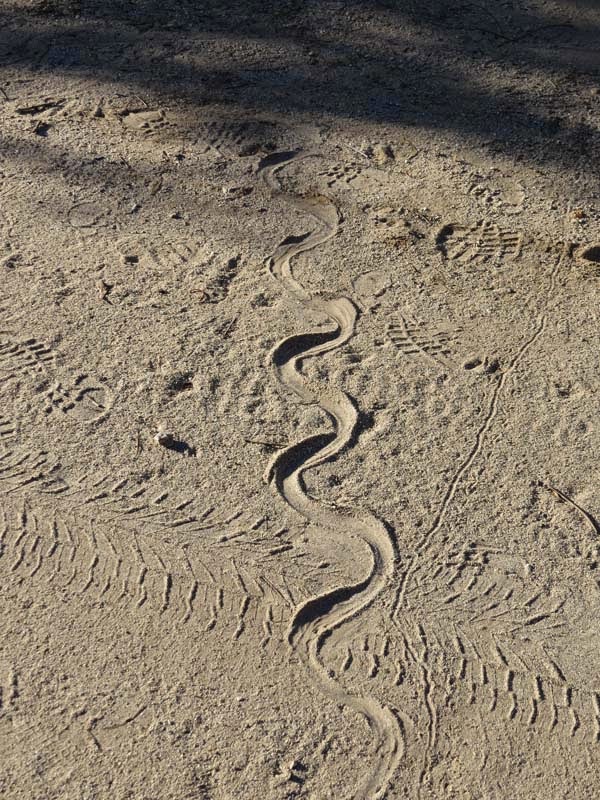 Just a few days earlier he had seen a large Common Kingsnake just outside my front door, where it disappeared down a hole. We don’t see many snakes here in residential Tucson, so it’s a good guess that this track belongs to it. We do have the occasional Long-nosed Snake and Western Thread Snake, but both of those are much smaller than this. We also have at least five species of lizards, coyotes, and the occasional bobcat and peccary; also this past month, Paul saw only the second ever Roadrunner we’ve had in the yard in 16 years. Thank goodness we do not have any Arizona Bark Scorpions.

I have plenty of photos to share from Oregon, though what I mostly did was recover from my week of cooking in Alaska. At my dad’s in Corvallis I cooked, knitted, and worked on my laptop. These are Salted Chocolate-Rye Cookies, a recipe from Tartine Bakery. I also made their Country Bread, which is the best bread I’ve made. 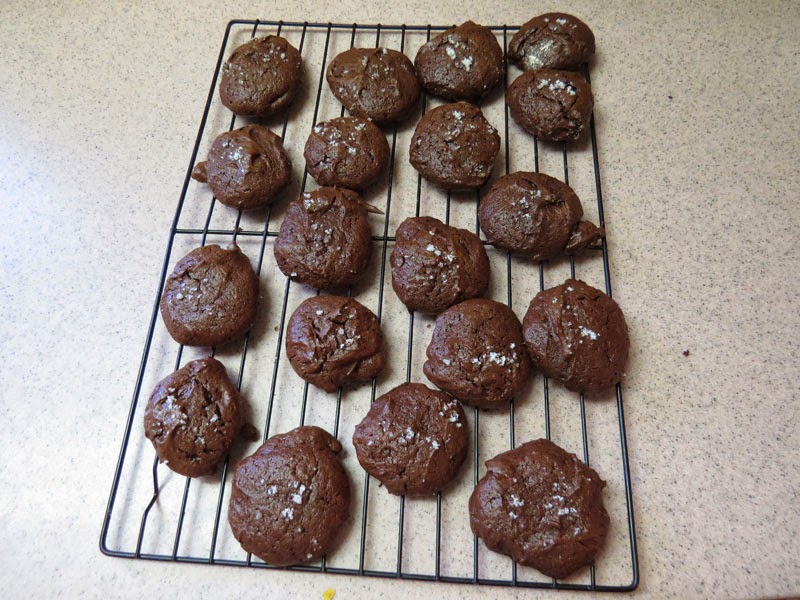 I also knitted up a storm. These are booties for Mara, who just entered this world three days ago. 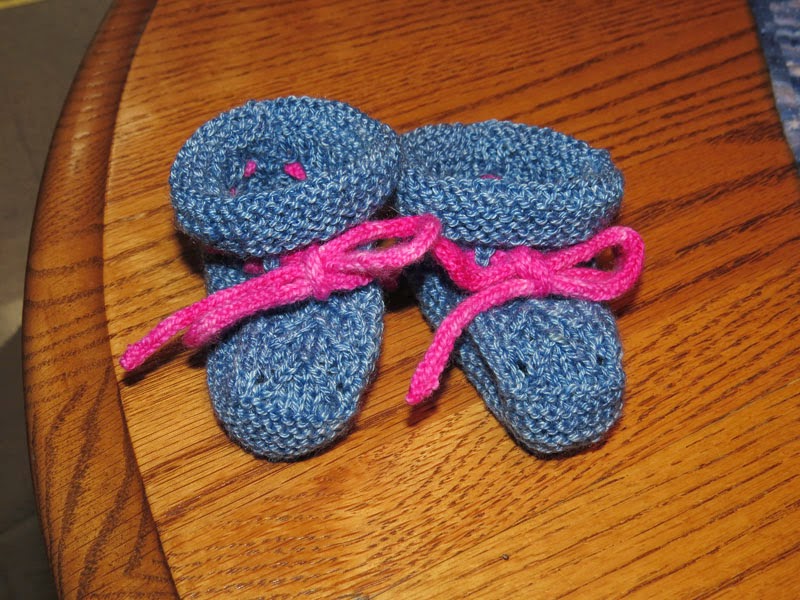 This is the back of a vest for myself. The yarn was a gift, and I found just the perfect project for it. 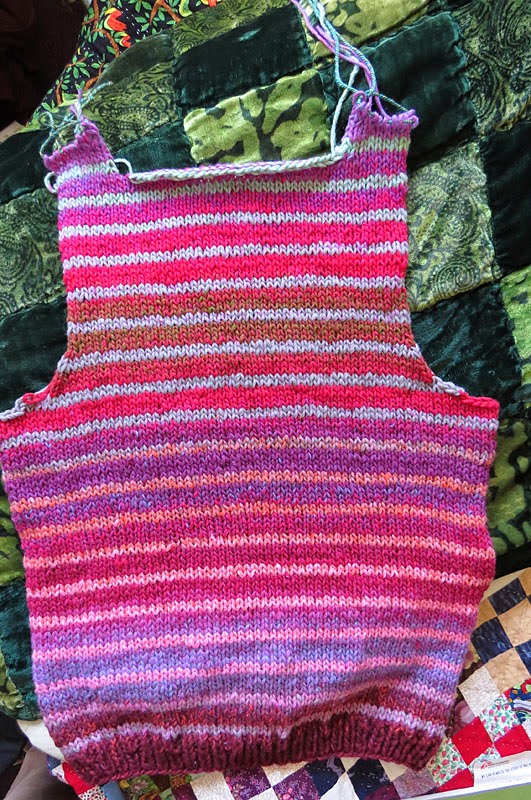 I was often joined by my step-mom Sharon, here knitting herself a pair of socks with Lola the rabbit-flushing beagle looking for attention. 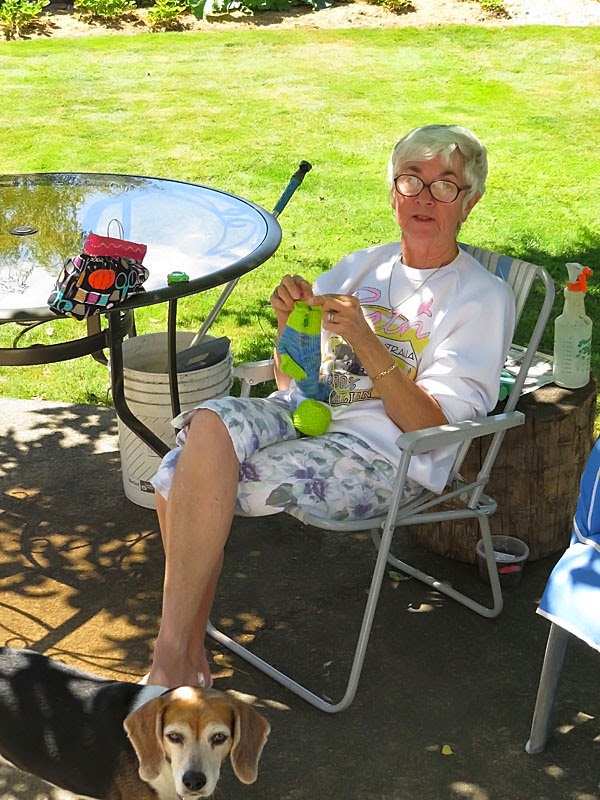 I also went to visit my friends Rob and Eve in Toledo, where we walked a beach twice and did some fun tidepooling (more later on this). 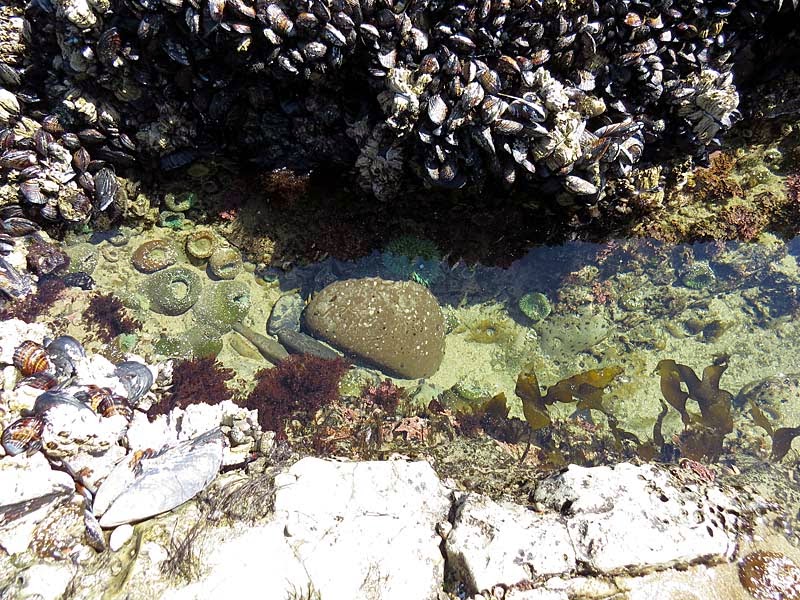 And I went to Sisters to lead field trips for the Dean Hale Woodpecker Festival. This is a Red-breasted Sapsucker, one of 10 species we saw on the field trips I led with Tom Crabtree. (More later on this too.) 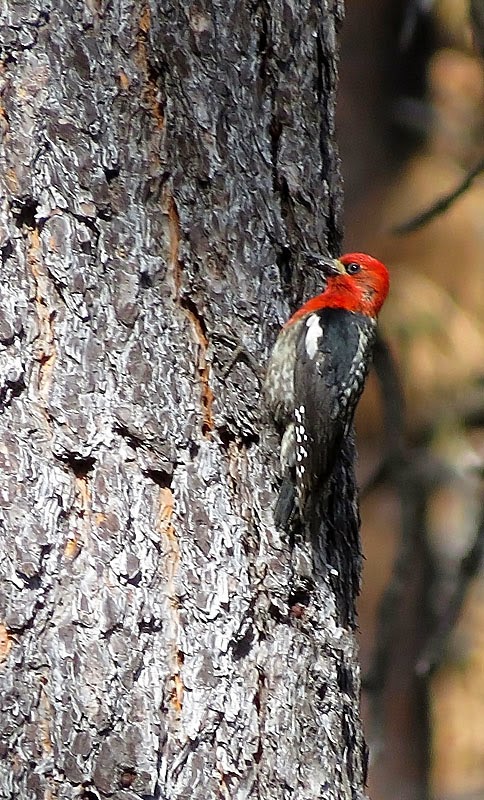 After a wonderful dinner with friends in Portland, I flew direct from there to Tucson – perhaps one of the most scenic routes in North America. I recommend a window seat on the left side of the aircraft, Alaska Airlines. As we departed Portland, Mounts St. Helens, Adams, and Hood all stood up above the low overcast. We then flew directly over Malheur National Wildlife Refuge. This is looking down on the nearby 40-square-mile Diamond Craters lava flows, at most only 25,000 years old, perhaps as young as 17,000, and one of the few good examples of pahoehoe lava in Oregon. 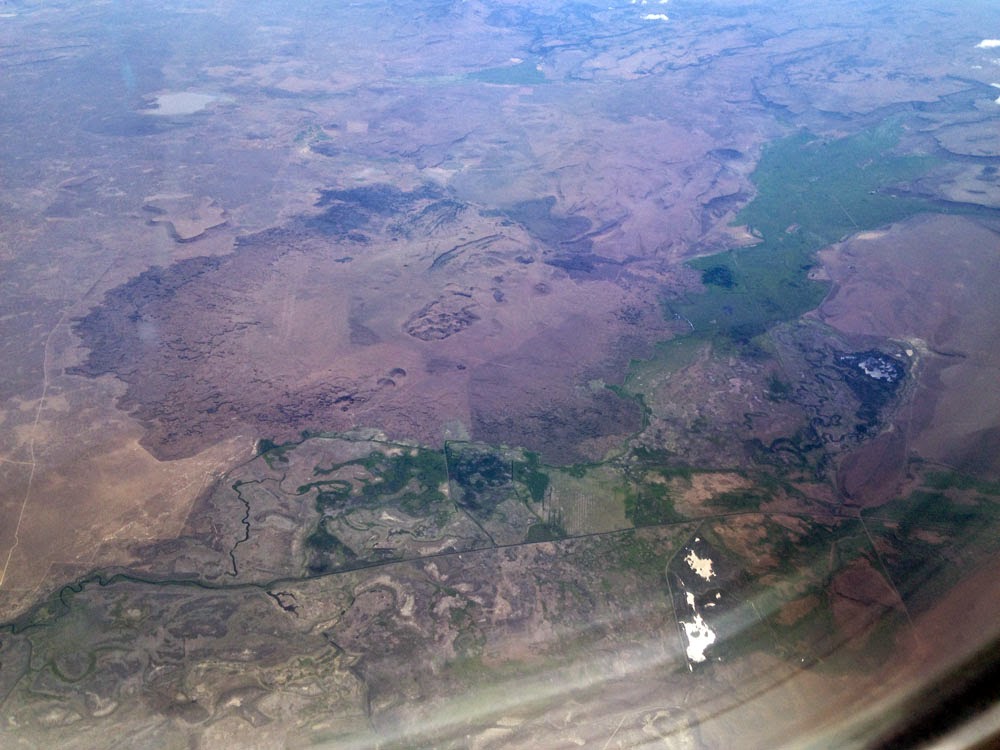 Looking directly down on Steens Mountain. I can’t quite make out the Black Rosy-Finches, but they are there. I'll be looking for them this coming late August on my Oregon tour. 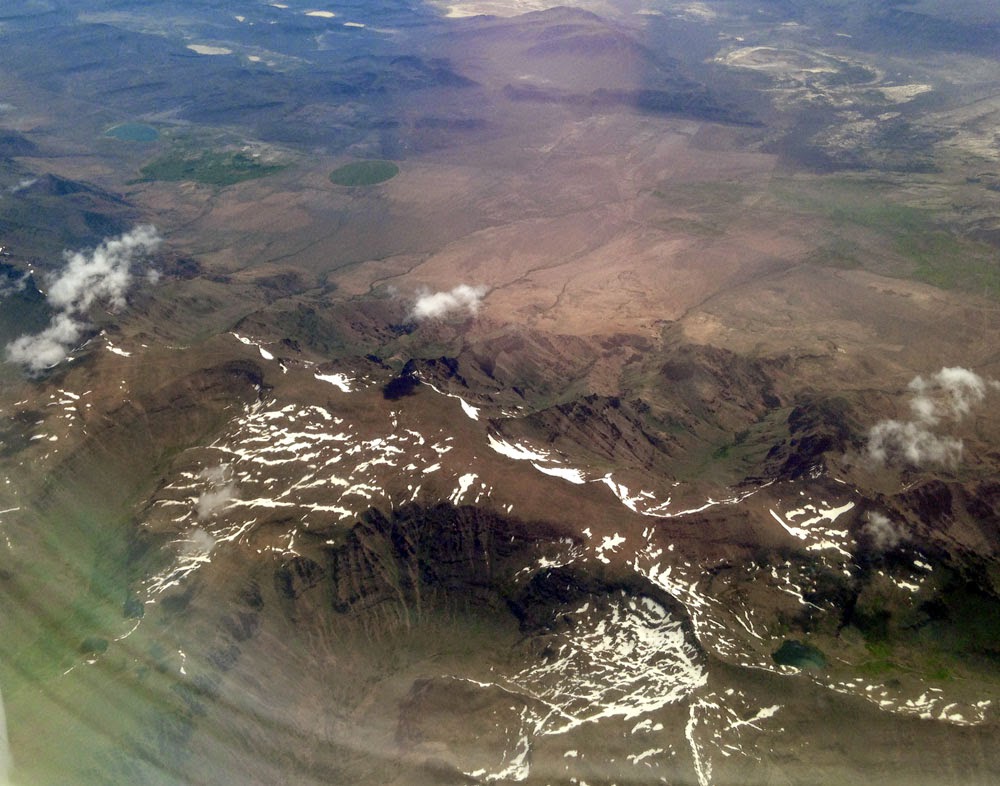 Just past Steen’s Mountain is the Alvord Desert. 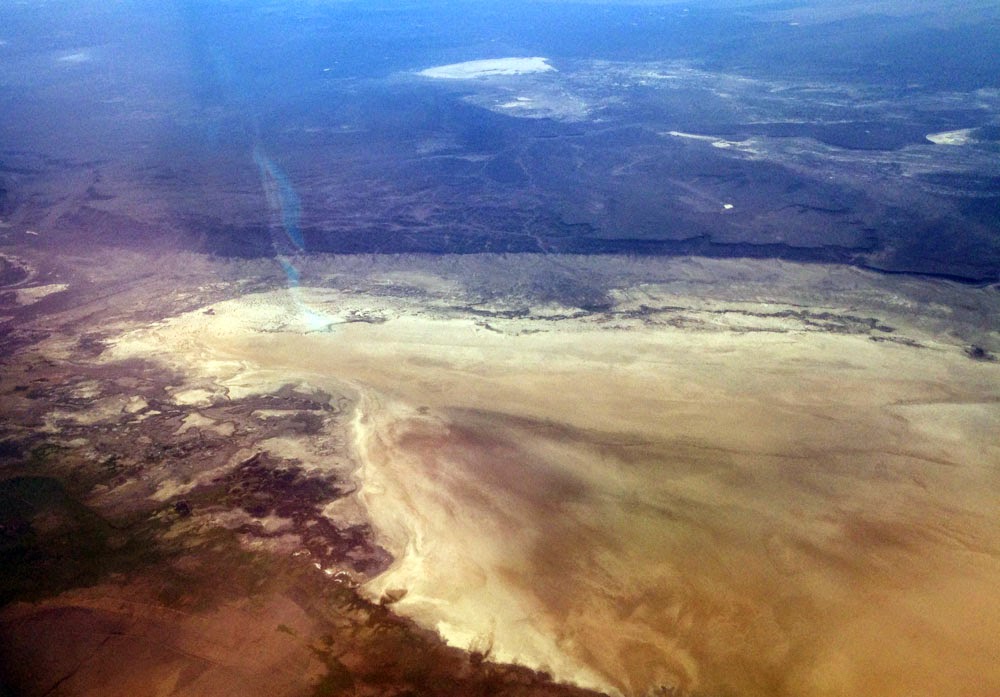 Much of Nevada looks just like this – basin after range after basin, and it’s all gorgeous. Then there is Utah. This is looking eastward into Zion National Park, the little town of Virgin in the lower right. 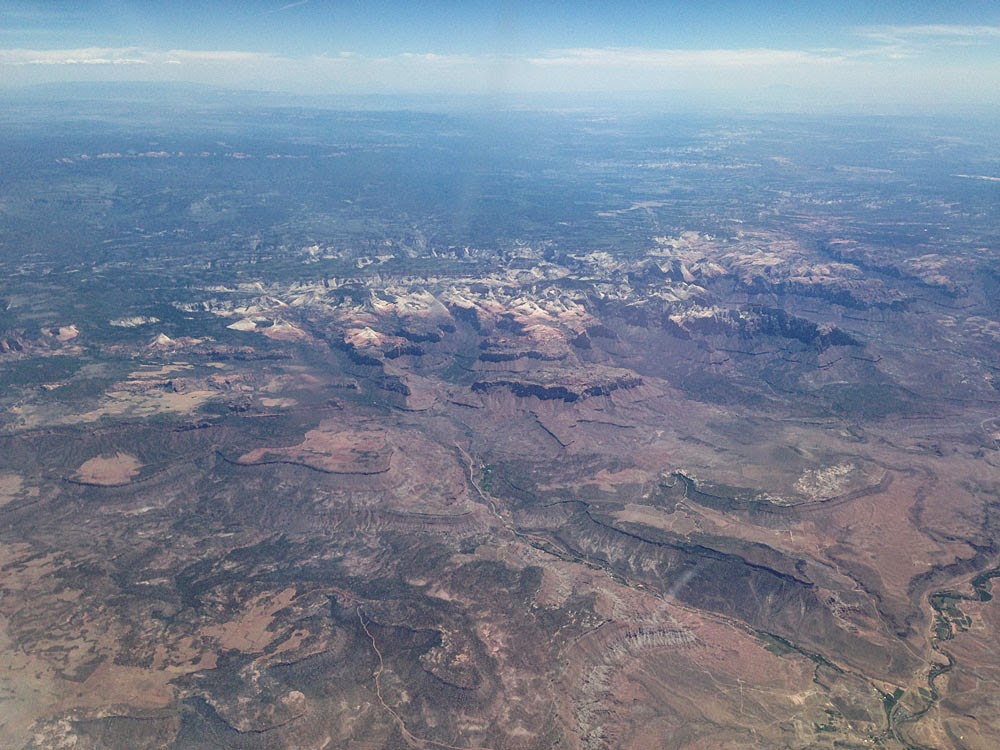 And a stunning view of the Grand Canyon, which I haven’t seen while standing on solid ground since 1979; I’ve seen it from the air like this maybe 6 or 7 times now. 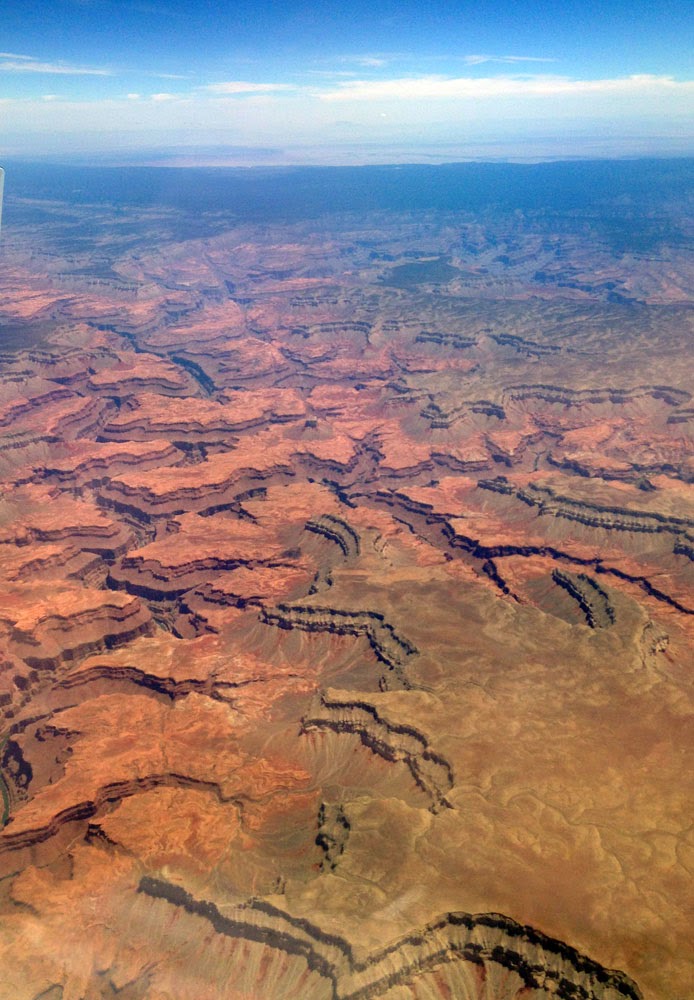 Posted by Birdernaturalist at 10:40 AM