For the sake of blog completeness, I’m going back to this past late August, when I traveled to Oregon for my biannual grand tour of the state in late summer (in odd-numbered years I offer the same tour in May). My short tour to Ashland and the Oregon Shakespeare Festival canceled once again (who knows why; it should be one of the most popular tours that WINGS offers, but I’m guessing that the wider birding public just doesn’t know about how outstanding the OSF is), so I had a free week on my own to visit friends and family. I started in Eugene with my close friend Alan Contreras, and we spend a morning birding at Fern Ridge Reservoir, joined by young birder Tye Jeske. 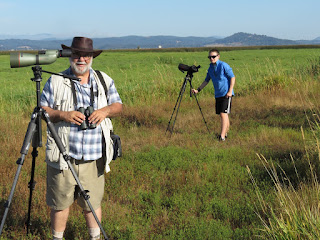 This Lincoln's Sparrow was just a tad on the early side, though we noted one had been reported from here a couple days earlier. 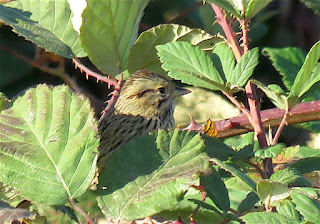 We didn’t find any of the rarities that others had been reporting from here, such as Ruff, Semipalmated Sandpiper, or Ruff, but we did get to witness the unusually large numbers of Baird’s Sandpipers. Here’s one of the Western Sandpipers we tried unsuccessfully to turn into a Semipalmated. 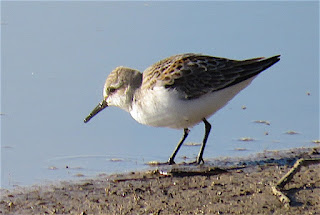 The birding got hard – I struggled with calling this Greater , then Lesser Yellowlegs, finally settling on the latter. Was I right? 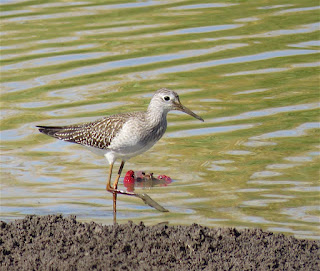 And this gull – which I now think is probably a juvenile Mew Gull, rather than the more expected Ring-billed. California Gulls were quite common, with a few one-year-old Ring-billeds mixed in, but this is a very fresh juvenile bird. 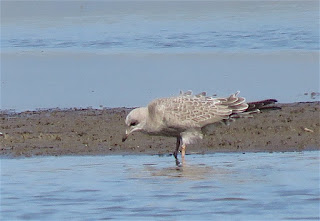 Grasshoppers aren’t any easier here, with no good field guide yet handy. I’m guessing this is the super common and widespread Melanoplus femurrubrum, Red-legged Grasshopper. 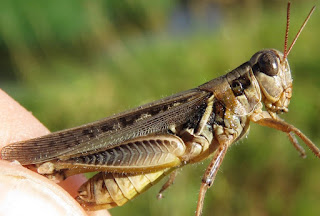 While in Eugene I grabbed lunch from an El Salvadoran food stand. I think the richer cultural diversity we get from immigrants is a huge bonus. Let’s not keep America so white. 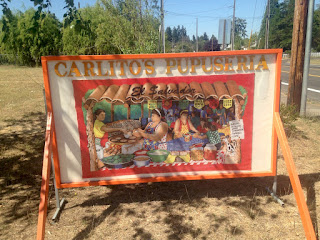 Speaking of good food, I made a bunch of pizzas at Alan's, and he invited several of our local friends over for a fun social evening. 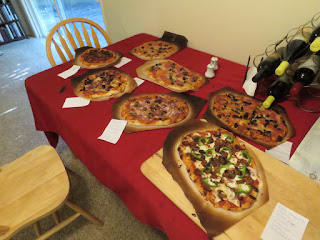 I then traveled to Medford and Ashland in Oregon’s SW corner to visit some friends, including a couple who weren’t birders when I met them, but they are now. We spent a bird-filled morning at Siskiyou National Monument, which I hadn’t seen before. I might take my future Birds & Shakespeare tours here for morning. 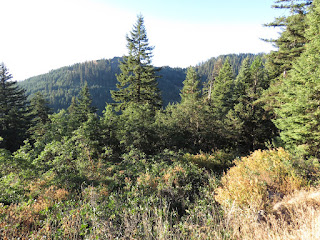 We had Green-tailed Towhees, Sooty Grouse, MacGillivray’s Warbler, and this Northern Pygmy-Owl – all birds that I would have expected on the tour had it filled this year. 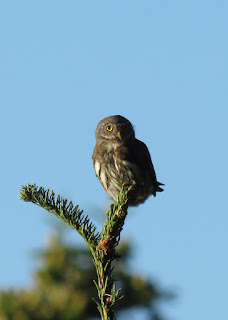 Some composites were busy with butterflies where we parked, but all I could identify were Woodland Skippers. 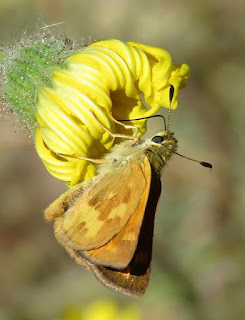 I then drove diagonally across the state from Medford to LaGrande in one day, in order to scout out a couple of sites for a tour I’m leading next August. I found this beautiful spot, a US Forest Service picnic area called Magone Lake near John Day, to view the total solar eclipse next August 21. 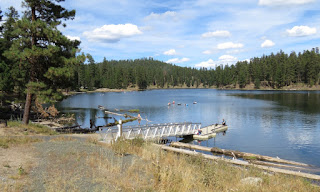 I also drove up the road beyond Moss Springs Campground near LaGrande, where I saw a Blue Grouse back in 1989, which later became my lifer Dusky Grouse when it was split. But I hadn’t been there since, and the day before the eclipse I’ll be taking my group there. I wanted to get a renewed idea of the area. Maybe we’ll see the rarer Spruce Grouse or Pine Grosbeak which are sometimes seen there. I didn't see too many birds, but I didn't look to hard, and the area was just beautiful. 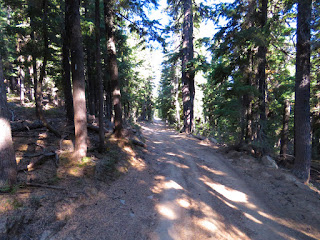 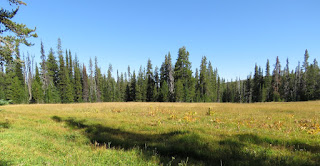 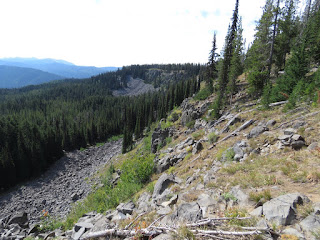 I also finally found something that wasn’t a Woodland Skipper – this is Hesperia juba, the Juba Skipper. 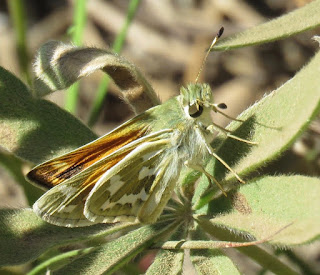 Finally back in Corvallis in time to begin my Oregon tour, I visited with my stepmom and dad, the latter here training his recently acquired Harris's Hawk, Orion, to hunt their three beagles, this one being Abby. 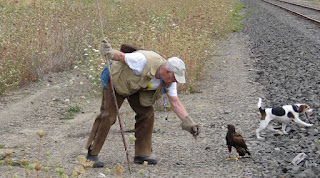 Posted by Birdernaturalist at 8:53 PM