The mornings at Cristalino usually start with breakfast and scanning the inner screens of the dining room to see if any moths got stuck inside. There are no moth sheets here now, and diversity and numbers during the rainy season aren’t very high. But this morning there was a fancy, big sphinx moth on the screen: Hemeroplanes ornatus. This was the third one I’ve seen at Cristalino, and I’ve also had it once in Costa Rica. 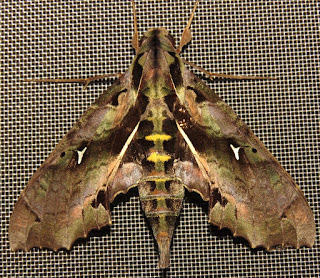 Today Susanne and I walked the entire Francisco’s Trail loop with her two Brazilian mycology students. It’s probably about 3 miles total, so we didn’t stop much in the last hour of walking – going slow and looking for mushrooms usually means covering not more than a mile in 5 hours. My favorite find was an army ant swarm, even though it wasn’t attended by any birds. I stood for a long while just to watch what it stirred up from the leaf litter, and I put some tissue paper spit wads on low leaves to mimic bird droppings. Only one skipper came to them, a silverdrop (Epargyreus sp., typically not identifiable to species), but I was more interested by spiders that had clambered to the top of small plants, waiting on the leaves, and hoping the ants didn’t discover them there. The ants spread out all over the forest floor, up and over logs, and they send out scouts up trees and plants of every size. But they miss a few, and some critters get lucky. The first of these two spiders is a very tiny tarantula in the genus Cyriocosmus. 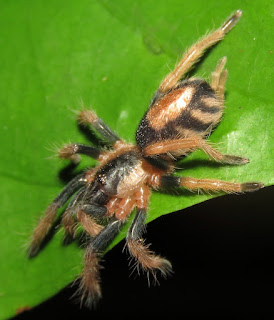 Another spider that got lucky was this ant-mimic in the family Corinnidae. 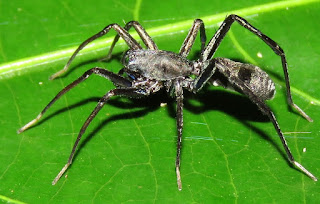 As long as I’m on spiders, here’s a Micrathena aureola in its web, not near the army ants. This is a fun genus of orb weavers to learn, as each species is quite distinctive, and there are over a hundred to choose from. 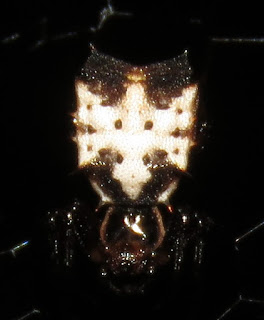 My best mushroom find of the day wasn’t a spectacular looking one, but its host was. This Coprophanaeus lancifer was the first dung beetle any of us have found killed by a mushroom. It’s huge too – 2 inches long. It’s not certain, but the mushroom is probably close to Nigelia martiales, Cordycipitaceae. 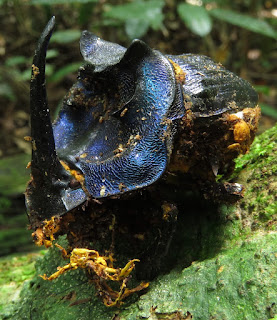 I stumbled across this gorgeous little moth in the subfamily Epipleminae sitting on a leaf.

The morning was long and tiring, so we all took the afternoon off. I’m keeping tabs on the female Rufous-breasted Hermit who built her nest right next to the kitchen walkway, one of the busiest places for humans in the entire compound. I’m sure she’s safe from predators there, and maybe she knows that. 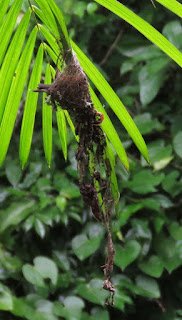 In the evening, Gilmar, one of the Brazilian guides here, found this treefrog Boana geographica on the walkway to the floating deck. 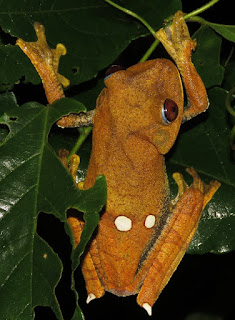