A Brief Report From Oregon 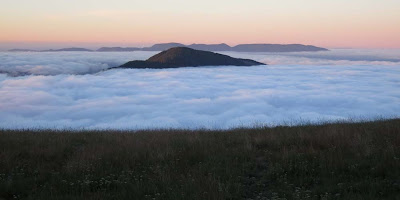 I’m in the middle of leading a private WINGS tour for six people through my home state of Oregon. This itinerary is nearly identical to my regular Oregon tour (some years in May, other years in summer), and I lead it just the same; “private” only means that it wasn’t advertised on the WINGS website and you couldn’t sign up because you weren’t invited.  About a quarter of the tours I’m leading this year happened like this.

Days are long for me, but it’s been great fun, and it’s really nice to have a group who already know each other well (five of them have been on previous tours with me) and for whom many of my favorite birds are lifers, not really surprising given that they are all from the East Coast. Such as today’s Spotted Towhee. The bird that got me started looking at birds when I was 14 was the Oak Titmouse. But the one that set the hook was the stunningly beautiful Spotted Towhee, and I got to look at it again through those eyes today.

Besides – Oregon is just beautiful. The top photo is from dawn this morning at Marys Peak west of Corvallis, the coastal fog oozing up to the Coast Range divide but burning off before reaching the Willamette Valley. Not long after my taking this photo, we were looking at a Sooty Grouse on the road (which hadn’t been there on the way up). A little later we had Mountain Quail family on a side road (I almost stepped on a chick) and later yet another one even further down on the main road.

Other highlights from the past days:

Two Tricolored Blackbirds at Fernhill Wetlands in Forest Grove on our first morning. 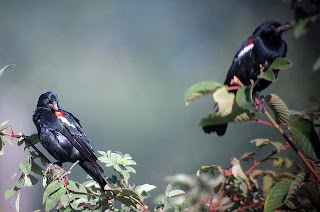 A particularly bright and confiding Western Tanager near Netarts, responding to my imitation of Northern Pygmy-Owl. Earlier that morning a real owl responded and came in for great views. 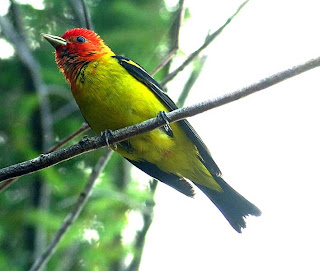 A Peregrine Falcon family at Yaquina Head, this one surely just exhausted from flying in the strong winds all day. A surprise Laysan Albatross (rare in summer) on the pelagic trip out of Newport yesterday. 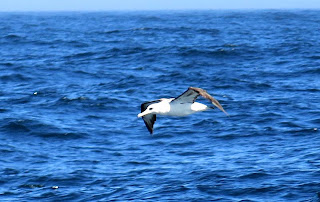 And a vagrant juvenile Franklin’s Gull at the Philomath Sewage Ponds (referred to locally as the Philomath Poo Ponds) after our Mary’s Peak birding today; it was found by Doug Robinson who posted the info, which Alan Contreras saw and texted to me. We would have missed it otherwise, and it was a lifer for at least one of the participants (and a county bird for me and my local birding friends Alan, Hendrik, Oscar, Tristen, and Jamie, who all showed up while we were there). 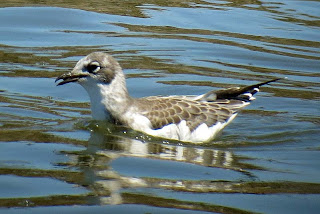 Tomorrow morning another early start, so I really have no business blogging now.
Posted by Birdernaturalist at 10:25 PM