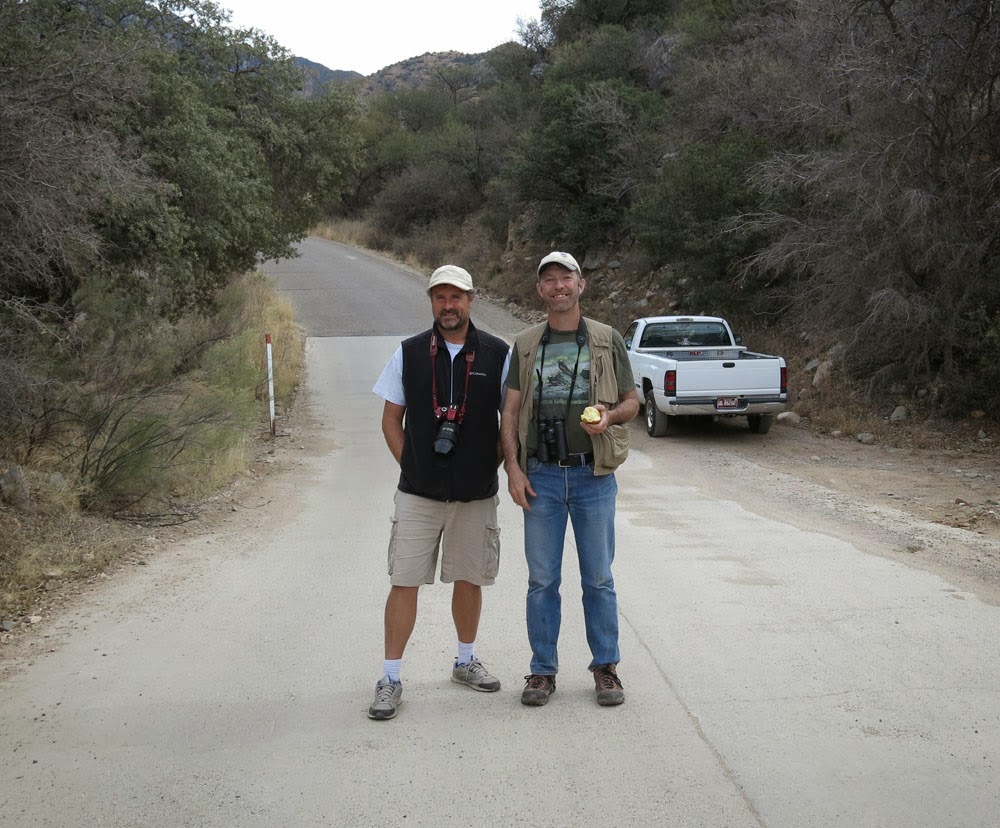 Southeastern Arizona is the only place in the United States one can see three species of gnatcatcher (genus Polioptila, family Polioptilidae), though I have a hard time of thinking of any other area in the entire world where one can do this. There are more species of gnatcatcher as you progress south through the tropics (as there are with most groups of birds), but there is usually just one species of gnatcatcher in each area, with a few areas having moist and dry tropical forest each harboring a species within close proximity.

Gnatcatchers were long considered to be members of the family of Old World Warblers, Sylvidae, but that concept has been superseded by a new understanding based on genetics that has made many families out of that old Sylvidae. The new arrangement gives us an entirely New World family with three species of gnatwrens and 13 gnatcatchers, though there are some pending splits that will increase those numbers soon.

Here in southeastern Arizona we have a small population of wintering Blue-gray Gnatcatchers along our willow and tamarisk-dominated riparian areas in the lowest, mildest elevations of the Colorado River tributaries. Only a few make it as far "upriver" as the Santa Cruz in Tucson, where a stream of treated sewage replaces our lost river and feeds an ever-changing strip of willow, cottonwood, seepwillow, and tamarisk. This is where you can find Blue-gray Gnatcatcher in winter. There's an entirely different population which breeds in our higher-elevation oak and oak-chaparral habitats, but they all disappear in winter, probably well south into tropical western Mexico, possibly also northern Central America.

Then we have our resident desert-scrub specialist, Black-tailed Gnatcatcher. Permanently-bonded pairs have small territories in almost any kind of desert. It's interesting to note that they are missing from the largely exotic plantings of urban Tucson, found only in the perimeter of the urban area where there is native desert scrub.

Finally, the subtropical Black-capped Gnatcatcher, mostly found in western Mexico's tropical deciduous forest and subtropical thornscrub, staged an invasion in 2002. From scattered records of just individuals and a pair or two in the previous three decades, suddenly we had a dozen or more pairs  throughout the SE corner of the state in the few canyons and washes where the appropriate habitat (barely) exists, with a pair showing up even in Guadalupe Canyon, New Mexico, just over the Arizona border and only a few miles from the international border.

This past Sunday (a week ago, now) I invited Kelly Rishor and Chris Rohrer to join me in attempting see all three in one day. Kelly and Chris had helped me out in my area of the Tucson Valley CBC, and on that day Kelly admitted to having still not seen Blue-gray. Chris also mentioned that he had tried for but not convincingly seen Black-capped. So they seemed like obvious and enjoyable companions for this quest.

We started on the Santa Cruz River where the dry Rillito River meets the Santa Cruz, where a group of Lawrences's Goldfinches had been found on the CBC, and a local birder looking for them a couple weeks later found a very rare wintering Dickcissel. We found all three species – the Blue-gray Gnatcatcher, the goldfinches, and the very cooperative Dickcissel. 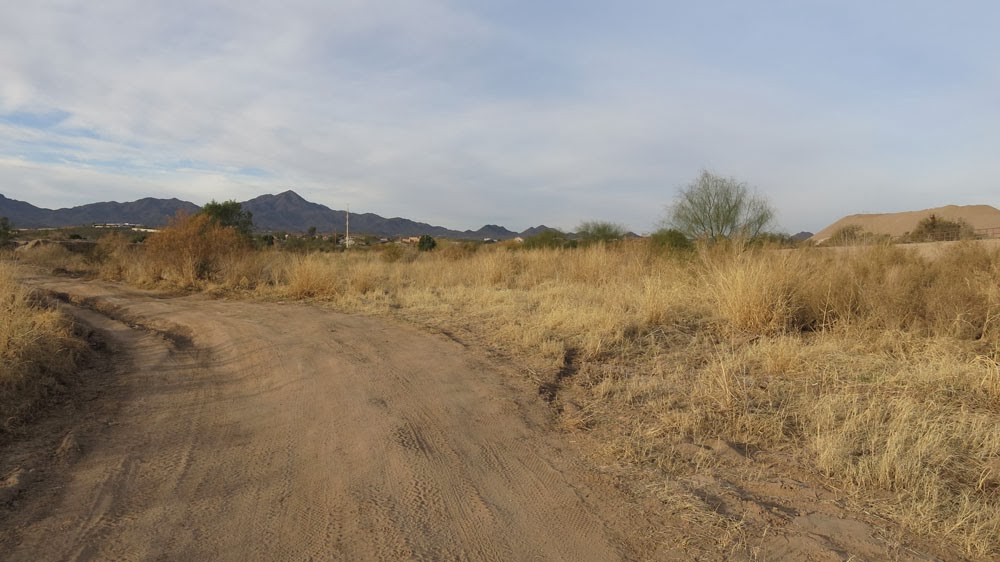 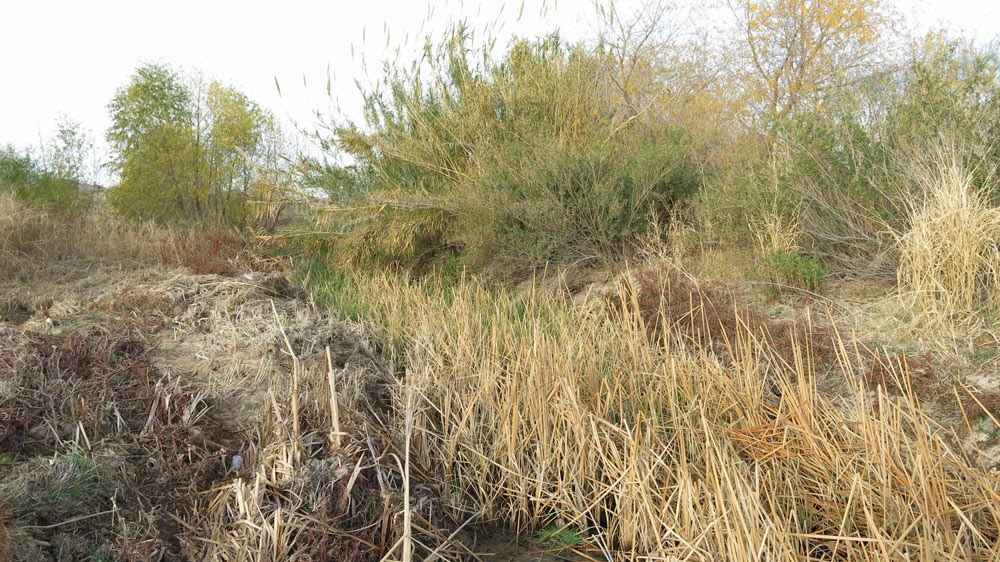 We then moved to the lovely Montosa Canyon in the western foothills of the Santa Rita Mountains, about an hour's drive south. 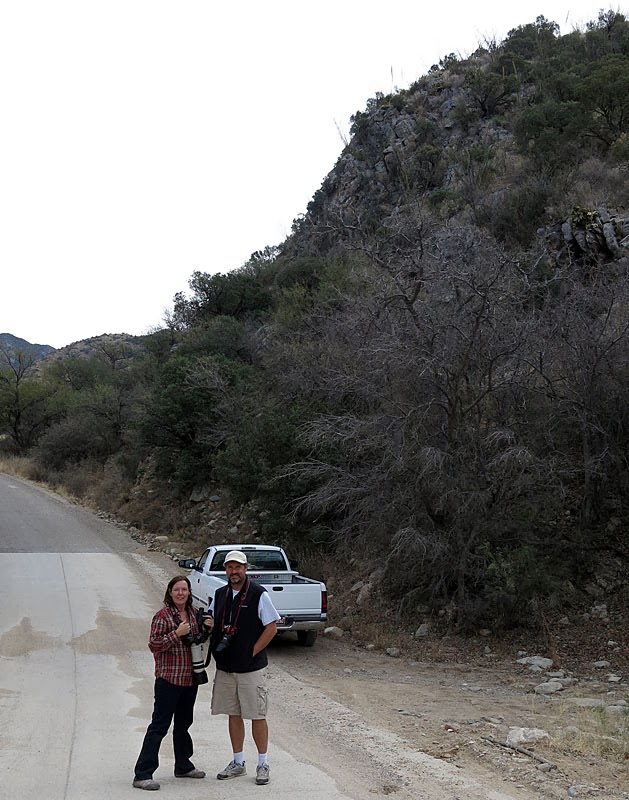 There is plenty of desert scrub in this area, and we quickly found a pair of Black-tailed Gnatcatchers, but right along the creek (usually dry, as it was now) is an astonishing diversity of trees and shrubs. Two kinds of hackberries, two oaks, three sumacs, Graythorn, Blackthorn, multiple acacias and mimosas, ash, walnut, Coralbean, Kidneywood, California Rosewood, Hopbush, Oreganillo, and many others create a woodland that the Black-capped Gnatcatcher has found suitable since at least October 1, 2003, when I found a pair here. The male and female are very closely bonded, and when they get more then ten or so meters apart from each other, they call back and forth, making for easy detection and identification. The 1) long bill, 2) black above the eye in the male in winter plumage, 3) brown on the back and wings in the female, and 4) entirely white outer tail feathers are visual cues that separate them from Blue-gray and Black-tailed, but getting all of those takes patience, time, luck, and honest assessment of what you actually saw. Or, in a nanosecond, you can hear them call and eliminate all doubt. These guys were calling. Here are a couple horrendous images of the male I took with my point-and-shoot camera through my binoculars. My recordings can be heard at xeno-canto.org. 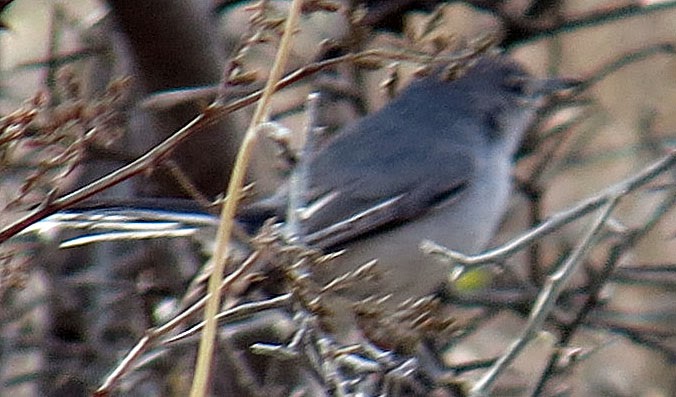 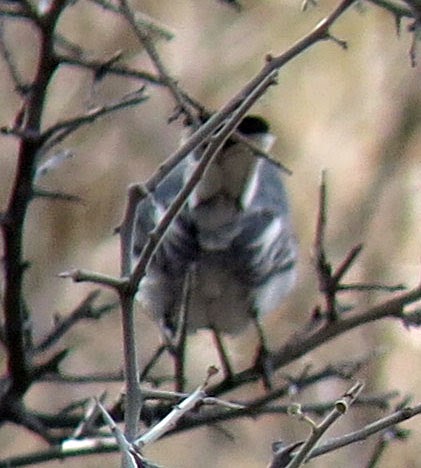 Posted by Birdernaturalist at 10:27 PM