On the first day of my 11th Oaxaca at Christmastime tour, we started at the Monte Albán ruins just on the outskirts of the city. We actually began birding along the entrance road where an Orange-billed Nightingale-Thrush was unbelievably cooperative. The habitat at the edge of the ruins is good for a lot of species, and we ended up with 45 for a short morning. 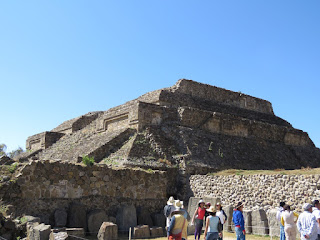 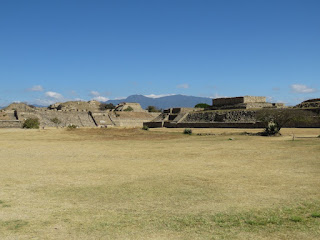 In the ruins proper there aren’t many species, but it is the best place for Rock Wren on our entire tour. 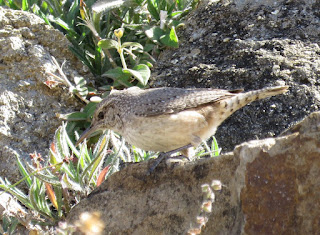 I was surprised at how many butterflies there were, especially Mexican Yellows, which I had never recorded on this tour before for some reason. This Dione moneta, Mexican Silverspot, was one of many that we saw. 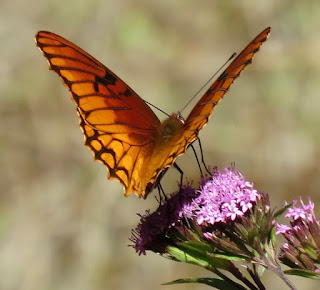 I thought this would be a Phaon Crescent but later determined that it was Phyciodes pallescens, Mexican Crescent, a new one for me. 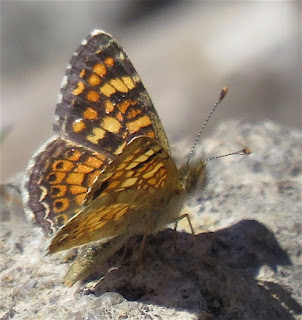 One of the participants pointed out this tarantula hawk-like wasp on some milkweed flowers, but I thought that its longish, fuzzy abdomen was more like a wasp in the family Scoliidae. My friend Eric Eaton confirmed that  for me. 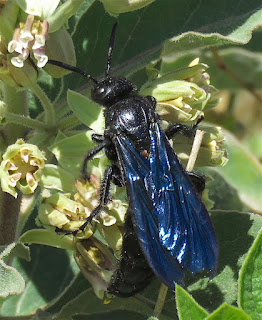 I grabbed this grasshopper for photos, confirming that it wasn’t just the same  pallid-winged grasshopper we have at home, but I suspect it is in the same genus, Trimerotropis. I’m still hoping to hear from Ricardo Marño-Pérez if it’s identifiable to species. 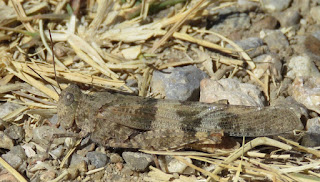 We had some time to bird the expansive grounds at our hotel where we found Blue Mockingbird, Tufted Flycatcher, and Greater Pewee, as well as this Black-and-white Warbler. 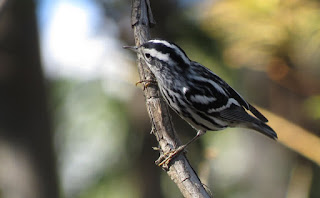 I was surprised to see several Clay-colored Thrushes here. Apparently they have recently colonized the urban area and are growing rapidly in numbers, finding food among the many exotic plants in gardens. 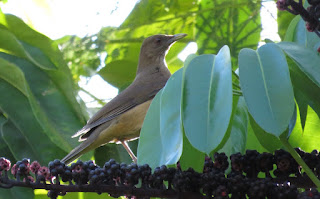 Posted by Birdernaturalist at 10:30 AM