A Bird In A Gilded Cage

This week I auditioned to join the Eugene Gay Men’s Chorus. My tour guiding schedule has prevented me from joining any chorus for the past decade. In the late 90’s and early aughts I still hadn’t built up a docket of tours to be truly full-time, and so I could sing with Tucson’s Reveille Gay Men’s Chorus and also was part of a very informal English madrigal group with 4-5 friends. We called ourselves the Kinglet Singers, as half of us were birders. What fun we had over those years, including two weekend camping retreats. 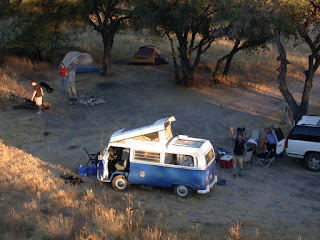 While the pandemic has now given me the time once again to enrich my life with making music in a group, it’s also prevented such groups from gathering in person. Like so many others, EGMC has continued its existence with Zoom meetings and performances, so I thought it was better than nothing. Maybe we’ll be able to meet in person before my guiding schedule becomes too crazy. A fortuitous coincidence is that the church where they rehearse and usually perform is exactly two blocks from my house. I imagine afterglow parties at my house becoming a tradition in the distant future.

In any event, Evan Miles, the director, held auditions this week, adding four newbies to the chorus. It wasn’t a rigorous audition, mostly to figure out how to place us, and nearly anyone can join (I suppose unless you’re utterly tone deaf). But he did request that we prepare a short piece to sing a capella for him. Yikes! For a few days, I just assumed I would sing Happy Birthday or Twinkle Twinkle Little Star. I’ve probably memorized 50 pieces of music over the years, but only the baritone or tenor parts – I just don’t sing solo. Then the day before the audition it occurred to me that I have reams of ancient sheet music from the first half of the 20th century, and the first thing I grabbed out of the box was this 1985 issue of Sheet Music magazine, one of a stack given to me by the music teacher my freshman year of high school in Upper Lake, California (1984-85). She admitted I played piano better than she did, and I ended up being the accompanist for our high school choir that second semester (the band teacher quit, so we no longer had a band, and choir was the only option). 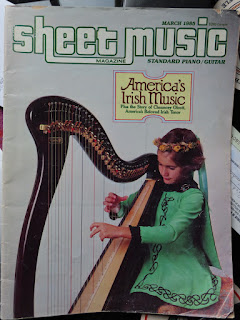 I opened it up to the middle, and the first song was simple and just the right length, and now I’ve memorized one more song that will be my audition piece, should I ever need one, for the next decades.

Posted by Birdernaturalist at 11:09 AM