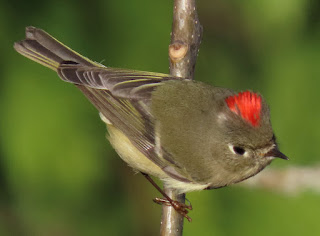 I thought I’d re-cap the last five CBCs that I did, making for a total of seven this season, all in Oregon:

(see my earlier blog for my summary of these two)

The 2020-2021 Christmas Bird Count Season all but over. Today is Monday, January 4, and tomorrow is the official last day that compilers were allowed to choose to hold their CBC. But few compilers ever choose a weekday, hoping to garner the most participants by selecting a Saturday or Sunday, assuming that most birders work weekdays. The problem with that is they then are competing with all the other weekend CBC circles for the same observer base, as there are only so many weekend days during the period, two of which are usually devoted to family get-togethers for Christmas, should that holiday fall on a weekend, Monday, or Friday as this year. In any event, in Oregon, all of the CBCs are done for the season; one just south of Klamath Falls just barely into California is being held today.

On the night of December 19 a very wet storm descended upon western Oregon, causing the compiler of the Brownsville CBC to stay up until after midnight, monitoring the weather alerts. When flood watches turned to flood warnings, she rescheduled for December 27.

So let me start here with my original home count, Corvallis, which I took part in for the first time in 1985, when I was 15. I was the compiler of it for a couple of years in the mid-1990’s, when I redrew the area boundaries, aroused the ire of all the old-timers, and boosted the average species count by something like 15 for all subsequent years. After participating again this year, I can see how the areas might need to be redrawn once again by someone who knows the circle even better than I did in 1994. A successful count attracts as many observers as possible and insures they have fun. A circle with well-drawn areas has a lot to do with those goals.

Because of the pandemic, some compilers decided to cancel altogether, such as Corvallis. But the only parts of a CBC that are risky for virus transmission are carpooling and the end-of-day countdown dinner. For some reason it didn’t occur to many compilers that you can still hold a CBC without those. Teams must be smaller, ride in separate cars, and countdown dinners must be canceled. Participants have often just e-mailed in their results for years, and species countdowns work just fine (if not great) on Zoom. Birding outside where your (or anyone else’s) potential virus particles are instantly dispersed into infinity is one of the safest things you can do during the pandemic.

The Corvallis CBC would have been held on December 22 based on its customary pattern, so a bunch of birders agreed online to go out birding on that day. The only organizing that was done was that people signed up on a Google doc where they were going to bird, but no one policed any overlap. As long as everyone kept track of their own effort data (miles and minutes), overlap is actually perfectly ok. We all entered our data into eBird, and Fred Ramsey volunteered to sum it all up. So a canceled CBC was somewhat revived without anyone having to commit to being compiler or commit to covering an entire area.

I went all-out though, walking through residential Corvallis based at my dad’s house, and birding in parts of three different CBC sectors. I walked 11.44 miles, and the weather cooperated wonderfully. I had amazing sun behind me in the morning when I photographed the Ruby-crowned Kinglet above.

This California Scrub-Jay was in the same location, at a railroad trestle that I used to play near when I was 7 years old. 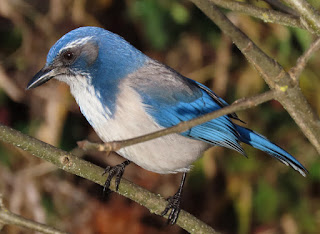 The first part of my afternoon birding included a walk with my dad, stepmom, and their two beagles. With them I spotted this Sharp-shinned Hawk when it flew into a cottonwood, and we all got to watch it for a while. 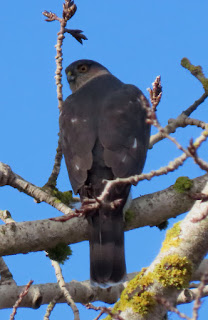 After we parted ways, I stumbled across a surprising seven White-throated Sparrows. This first one was by itself in a front yard. 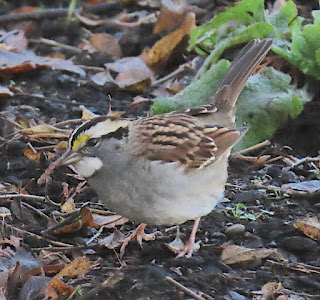 These two White-throated Sparrows were part of a group of three together in another side yard not far away. 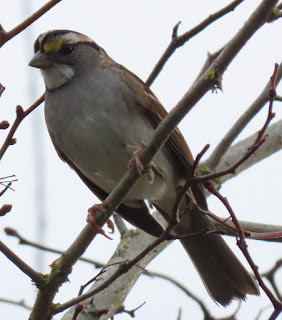 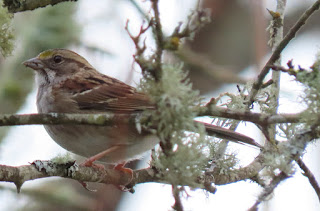 I wandered up the nicer, older, more wooded neighborhood on the E slope of Witham Hill, once a grassy knoll with a few scattered oaks when my grandparents were the first to build their dream house on top in the 1950’s, overlooking the town. This Lions-mane mushroom, Hericium erinaceus, was high up on a limb of one of those older Oregon White Oaks. 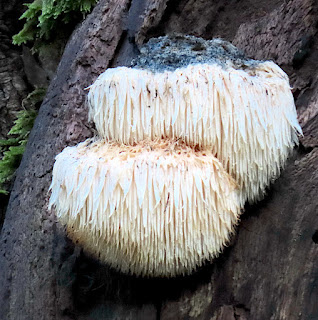 I had a very excited mixed flock of birds up here, including these that approached very closely to my owl imitations and mobbing mix recording: 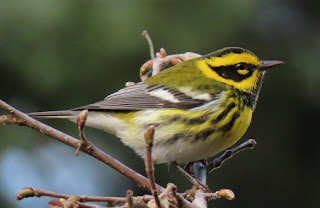 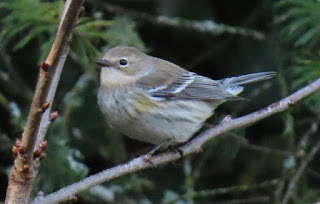 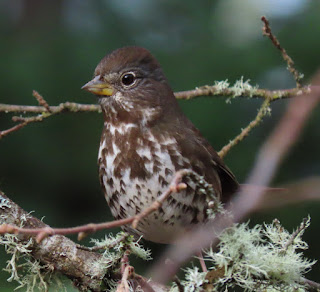 A lowlight of my day was discovering that the Eastern Gray Squirrel, Sciurus carolinensis, has begun to colonize Corvallis, presumably a gradual encroachment from their old Oregon introduction in Salem. This was one of two at the Linn-Benton Center. 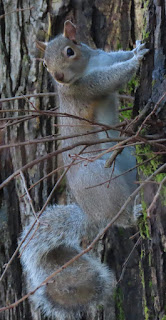 The attractive native Western Gray Squirrel, Sciurus griseus, with its much larger, fluffier tail and no brown in the pelage, is still the more common species in Corvallis. Let’s hope it stays that way. 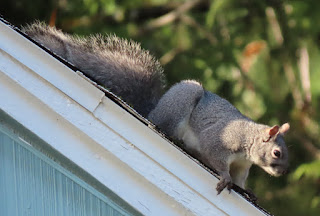 My best find of the day was this Nashville Warbler, which pished out of a rhododendron in the front yard of a house in an older neighborhood with lots of very old trees, very close to where I grew up by the OSU campus and Harding Grade School where I attended kindergarten and first grade. It turns out that this bird is subsisting on a suet feeder at this house (which I failed to notice), and that it had been seen by a birder at her feeder just a block away three weeks earlier. But it disappeared then after a few days, and birders all but forgot about it. I see on eBird that birders continue to see it now, two weeks later. Interestingly, Hendrik Herlyn and I found a Nashville Warbler on this CBC exactly 10 years ago. 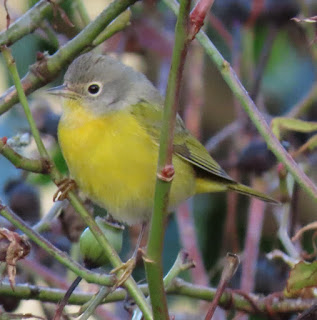 Posted by Birdernaturalist at 2:27 PM