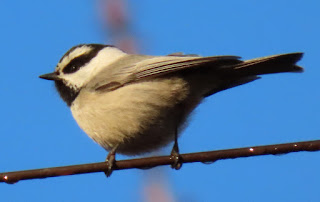 I did the Brownsville Christmas Bird Count on December 27, a back-up date after heavy rains a week earlier made it unsafe, not to mention unbirdable. If you’re not from these parts, you might be thinking I  traveled to southern Texas, but this is the CBC with the four-letter code ORBR, not TXBV. I’m talking about the circle that is centered just south of the tiny, historical mid-Willamette Valley town of Brownsville. (Incidentally, in case you’re into CBC codes, the CBC known as TXBR is Brazoria). This interesting circle is about one-half eastern Willamette Valley flats and one-half westernmost foothills of the Old Cascade Mountains, including quite a few smaller interior valleys, mainly the Calapooia River. It doesn’t have any very high elevations, but there’s a good diversity of habitat and excellent access.

I blogged about the great day I had here last year, with my friends Torrey and Thomas (https://birdernaturalist.blogspot.com/2020/03/2019-in-review-december-in-oregon-cbcs.html). Like last year, I covered the Crawfordsville area (the upper Calapooia and tributaries such as Brush Creek) and for part of the morning was shown around by John Marble and Cris Kostok who have two barns and a small pond on their properties. Alas, there was no Barn Owl yet again this year, but once again we had a Northern Pygmy-Owl on their property. And the pond that was empty last year had a pair of Hooded Mergansers and a pair of Ring-necked Dusk this year.

Otherwise, I was on my own for the day, using a rented car. I did go out owling early this year and had five Great Horned Owls and one Northern Saw-whet, right on the circle’s edge. My best find was probably the Mountain Chickadee pictured above quite early in the day, as I pished in a mixed flock of kinglets, nuthatches, Hutton’s Vireo, and Black-capped and Chestnut-backed Chickadees. This species is normally found much higher in the mountains with a broader diversity of conifers.

Which non-migratory passerine has the largest latitudinal distribution in the world? The answer is Black Phoebe, which here would have been a spectacular find just 25 years ago. I wasn’t surprised to find this one near the Crawfordsville cemetery though, as it’s been a good year everywhere for this range-expanding species. The count had its first record just 16 years ago and last year tallied ten. I’ll bet there were even more this year. 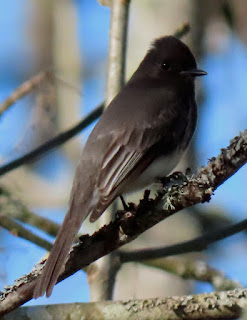 I counted lots of mixed flocks in mixed oak/Douglas-fir woodlands, using owl imitations, pishing, and a mix tape of mobbing sounds that I made. This Hutton's Vireo was very curious. 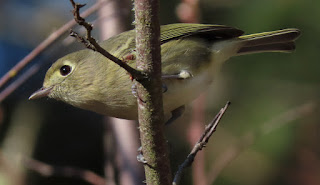 It’s been a pretty good year for numbers of Red-breasted Nuthatches, but I don’t think it was a record year in the Valley. 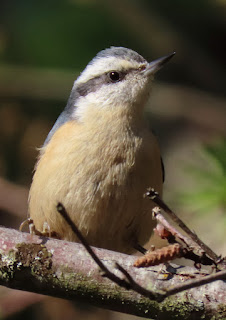 The local subspecies of White-breasted Nuthatch, with a distinctive call and song unlike the other two subspecies groups, is resident here in Oregon White Oak woodlands. This is such a characteristic pose, I, even with my artistic ineptitude, would sketch this shape on my homework when I was a young teenager. 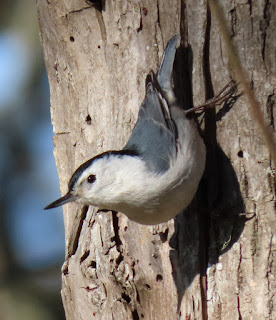 I finished the day with my second Northern Pygmy-Owl for the day, also on the very edge of the CBC circle. 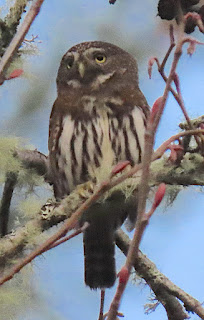 My species total came to 58, unless the two types of Red Crossbill I found and recorded (Types 2 and 4) are split. Some really rare birds were found by others this day: Long-billed Curlews were in a field west of I-5, and an astounding mid-winter Hammond’s Flycatcher was at a pond on a private farm, both exemplifying one of the exciting things about the CBC – it gets people out birding in places they normally wouldn’t be, and unexpected things get found.
Posted by Birdernaturalist at 7:00 AM