March 12, 2010
I'm in the Mexican state of Chiapas with Steve Howell, helping him lead this well-designed tour to one of the most species-rich areas of Mexico. Our route has us straddling the Isthmus of Tehuantepec, one of the great biological divides in the New World.

We're starting with four nights in the city of Tuxtla Gutierrez, the capital of Chiapas, which is well situated to give us access to several very different elevations and habitats.

Today we visited the Sumidero Canyon National Park, just to the north of town. The Grijalva River (now dammed) cuts straight through a rift in a giant, upheaved bed of limestone. The road into the park passes through excellent habitat for birding as it climbs to the higher elevations above the canyon and has four parking areas leading to viewpoints. The views are stunning. 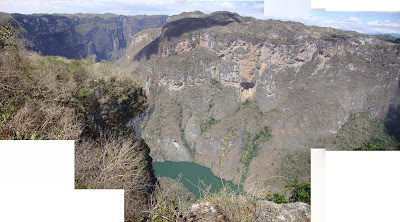 At the first viewpoint parking area we stumbled upon a swarm of the army ant Eciton burchelli, which was attended by several birds picking up the escaping arthropods. They included Ovenbird, a pair of gorgeous Red-breasted Chats, a Banded Wren, and Olive Sparrow. 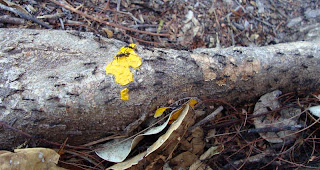 Being the dry season, there is not a whole lot of butterfly activity. But someone before us had been looking for butterflies here, as some Mexican Bluewings and this Glaucous Cracker, Hamadryas glauconome, were attracted to some banana that someone had smeared on the tree trunks. 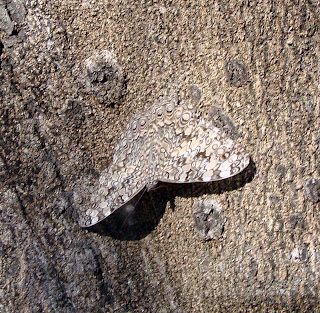 As we finished watching our first Belted Flycatchers, this gorgeous leafwing, Archaeoprepona amphimachus, flew in and landed for all to see. 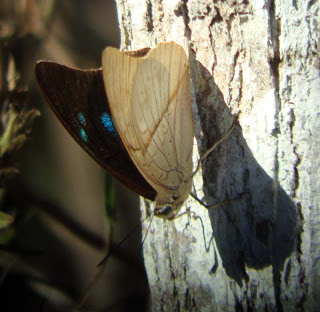 The plants here are fascinating. This small tree with strange flowers is Euphorbia (Pedilanthus) calcarata. 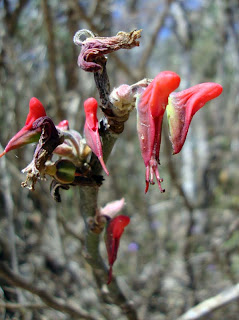 This roadside orchid is Bletia purpurea. 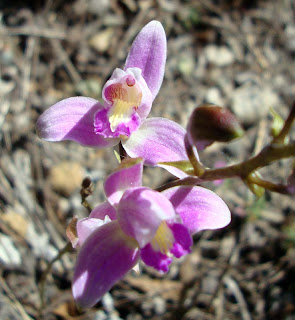 I was amazed at the diversity of members of the Acanthaceae family, which must have stood out only because most plants aren't blooming this time of year. These three are in the genera Ruellia, Tetramerium, and Elytraria. There were several others, including an Anisacanthus. 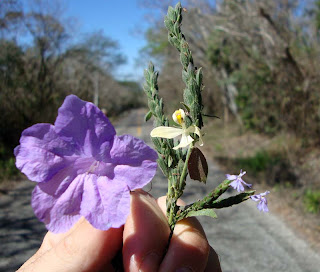 This composite Trixis inula may not look like much, but it's only one of two species in the genus, the other occurring in SE Arizona. The flowers are interesting in that they are neither strap-shaped ray flowers nor five-petaled disk flowers, which nearly all other composites have. Instead, they have two unequal petals opposite each other. Very exciting! 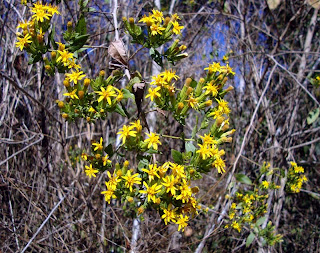 We finished the day at the Tuxtla Gutierrez zoo, which showcases the native fauna of the state as well as functioning as a nature reserve with well-preserved forest in an area that has otherwise long been cut over, converted to agriculture, and hunted out. Great Curassows and Crested Guans are common here, for example. 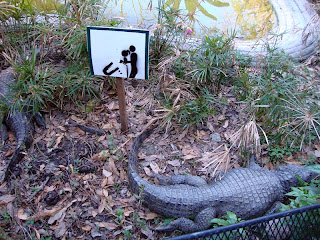 The Boat-billed Flycatcher is common in much of tropical Mexico. It differs from the similar Great Kiskadee in several ways, most notably its bill shape and its voice. 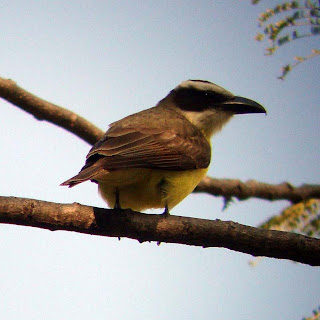 Found only in western Mexico and Guatemala is this Russet-crowned Motmot. The TG Zoo must be one of the best places to see this bird. 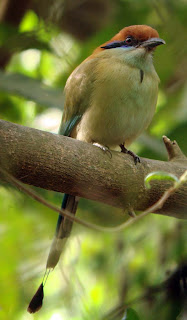 Posted by Birdernaturalist at 2:35 PM