March 17, 2010
We returned this morning to the foothill forest above Arriaga where we got some more nice views of Rose-bellied Bunting. Now that they've finished a new, fast toll road from Tuxtla Gutierrez to the coast at Arriaga, the old road is virtually traffic free.

We wandered down to a stream where a Little Blue Heron and a Spotted Sandpiper foraged. I quickly snapped this shot of this damselfly in the genus Argia. Known as dancers, this is a difficult group in this area. It may be A. pipila.

We also walked up a steep trail into dry forest and had good encounters with the inquietus subspecies of Nutting's Flycatcher – and only some 20 kilometers from the flavidior birds we saw yesterday.

This bright orange marigold (genus Tagetes) was on a woody stalk that would certainly classify it as a small shrub. Its leaves had that distinctive pungent, citrussy odor of T. lemmoni from SE Arizona. 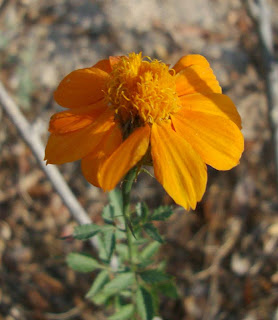 One of the few species of climbing fern, genus Lygodium, in a surprisingly dry forest. 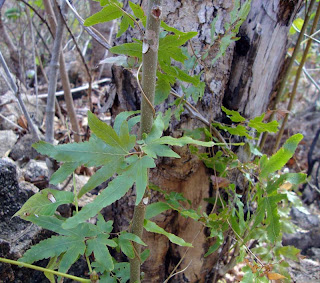 On the way back down just before lunch we stopped to watch a big pulse of Swainson's Hawks and Turkey Vultures migrating northward. It was starting to get very windy, with a cold front approaching from the north. 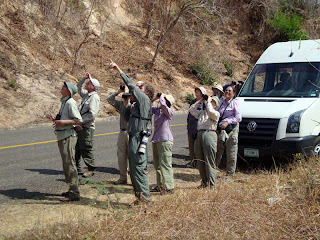 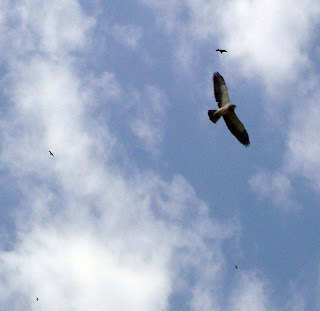 We then made the longish and very windy drive across the southern end of the Isthmus of Tehuantepec. This is probably one of the windiest places in the world. Not long before us, a large truck trying to make the drive was blown over; luckily the highway had been cleared by the time we passed. We did a little birding along the way, but didn't have time to make it to the coast. Double-striped Thick-knee was a highlight along the way.

In the late afternoon we birded a bit at the very base of the foothills in a very dry forest on limestone.

This pink seeded plant caught our attention. We had seen some along the roadside and thought they were flowers. I have no idea what it is. Suggestions anyone? 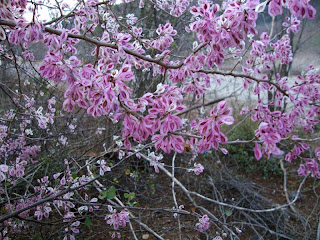 I spotted this anole, genus Norops, on the rocks. There are apparently several possible species, and not being a male showing the colors of his dewlap, this one may not be identifiable from a photo. 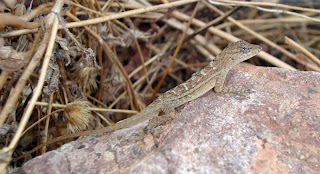 We waited until dusk to look for owls and nightjars. We ended up with great views of Buff-collared Nightjar and hearing a couple reluctant hoots from a Pacific Screech-Owl. The colors of the sky were marvelous – greenish clouds set off by a lilac sky. 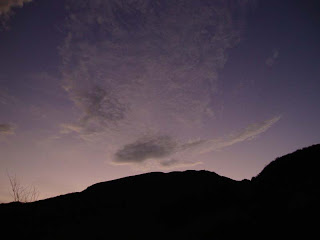 Posted by Birdernaturalist at 5:52 AM