Here are a few photos from nearly a month ago (gasp!). After my Oregon Birds & Bard tour I spent a week in my home town of Corvallis and took a short mid-day excursion to meet up with my friends Hendrik and Jamie at Stewart Lake at the HP campus to look at the nice variety of dragonflies and damselflies. We saw a couple more species that I wasn't able to photograph, namely Black Saddlebags and Common Green Darner.

Blue Dasher, male (some have a bluer sides to the thorax, some are striped like this one) 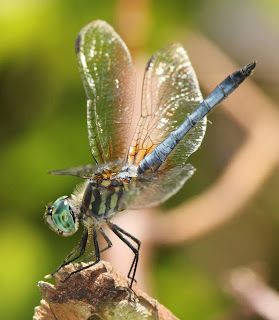 Cardinal Meadowhawk. The red is almost blinding in good light. 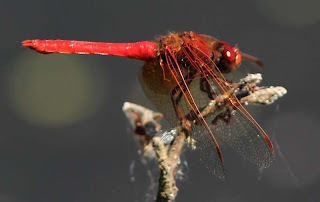 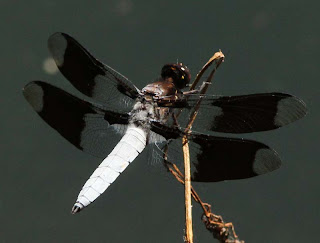 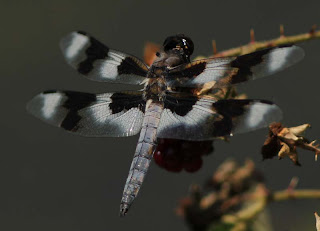 Pacific Forktail, typical female. This is a damselfly, a different suborder from the dragonflies. 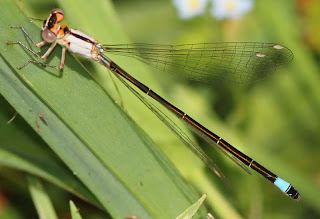 Pacific Forktail – same as the previous; females are quite variable, and I needed the help of Jim Johnson to ID this one. 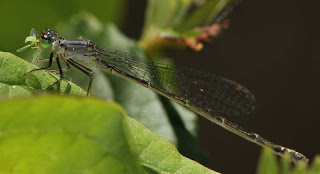 Tule Bluet, one of the most abundant damselflies in the Willamette Valley 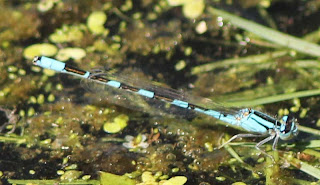 Western Pondhawk, similar to the Blue Dasher but bit heftier, without the white face, and no rusty basal spot on the wings

Widow Skimmer, a more southerly species that we see a lot here in Arizona

Posted by Birdernaturalist at 6:23 PM