Here's another quick update from Costa Rica. Today we arrived in the Arenal area, with tons of fun sightings, but since the previous blog was part of my From the Field post to the WINGS website, I tried to keep it short, leaving out some highlights from Bosque del Rio Tigre lodge on the Osa Peninsula.

It's a short walk down a forest trail from the lodge to a small pond where a pair of Boat-billed Herons breeds. One one day, the two fledged juveniles were perched perfectly visible from the trail, one of them in a very comical sitting position. 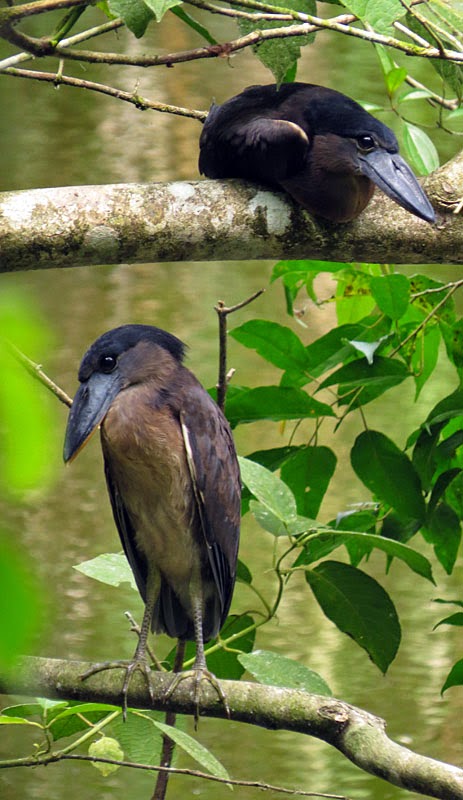 Just outside the kitchen in the main lodge building is a little cleared area where they scatter a bit of rice. Seeing a Little Tinamou is nowhere as easy as here, and we were lucky to see at least three individuals. Other things coming to the rice included Blue and Ruddy Ground-Doves, a Dusky Rice Rat and a Tome's Spiny Rat. 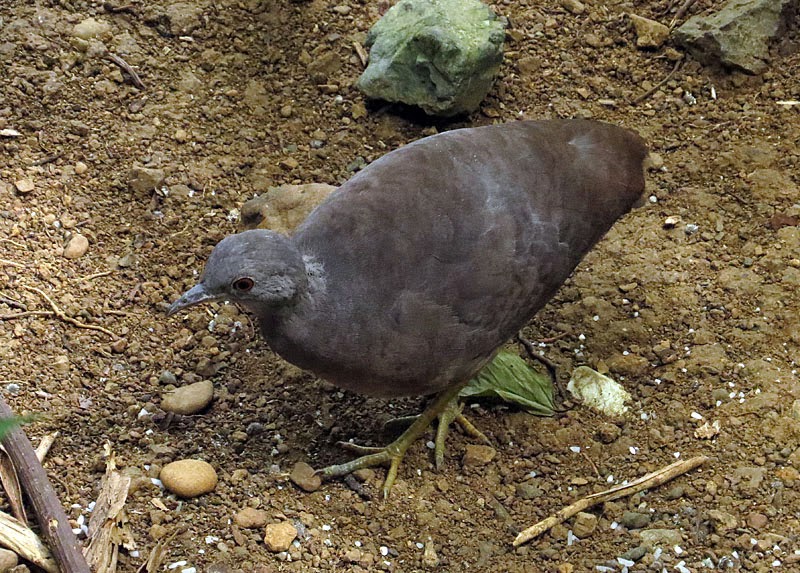 Paltry Tyrannulet is perhaps the most widespread bird in Costa Rica, found at more elevations and habitats than even Clay-colored Thrush or Great-tailed Grackle. But this is the first time I've spotted a nest. In this photo, you can see the two birds in the upper right, and I've drawn an arrow at the entrance to the nest where we watched one bird carry some moss. 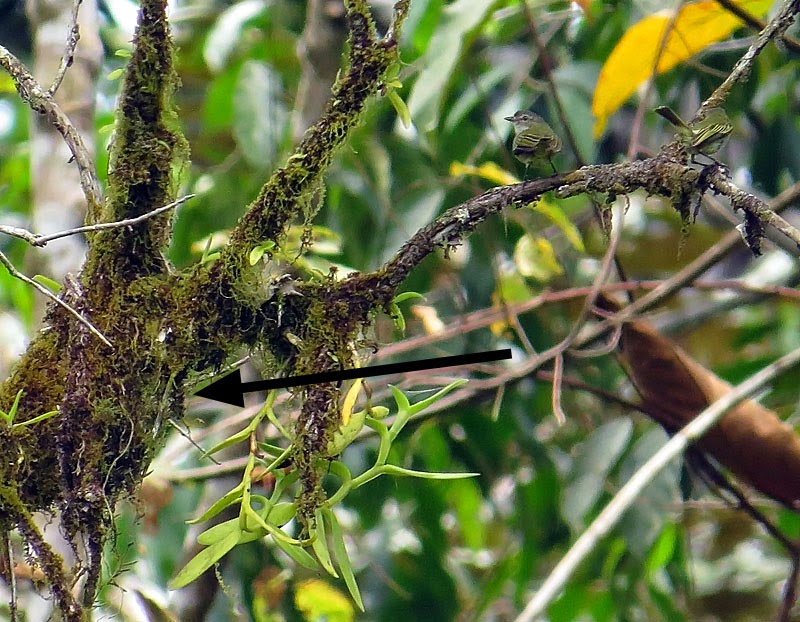 I recognized this lovely terrestrial orchid from a trip I took to Alagoas, Brazil eight years ago. It is Sacoila lanceolata, and it turns out to have a very large range that even includes Florida. 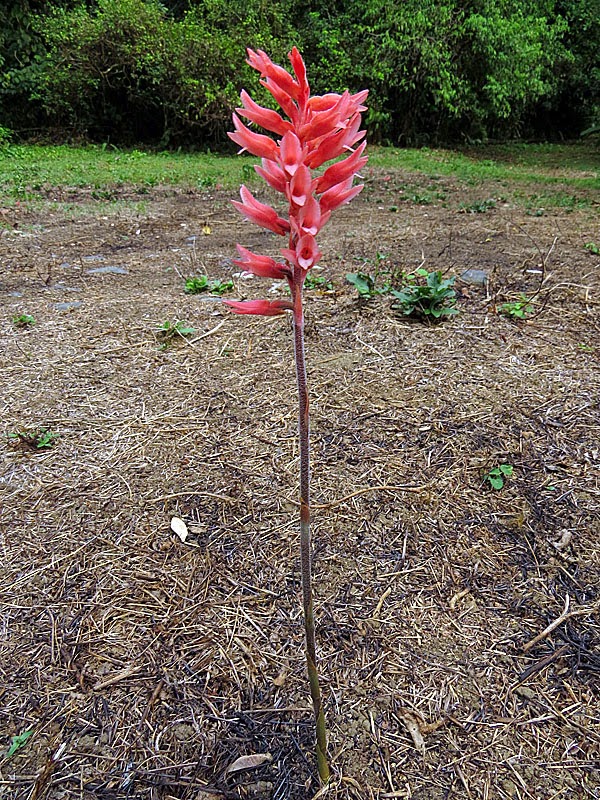 This little metalmark is the common but very difficult-to-find and photograph Guianan Jewelmark, Sarota gyas. It is only about eight millimeters in length. This male (note the four functional legs; females have six in metalmarks) was on his territory at the late hour of 12:40 p.m. – sitting on top of leaves and flying out to chase intruders right in front of the lodge. 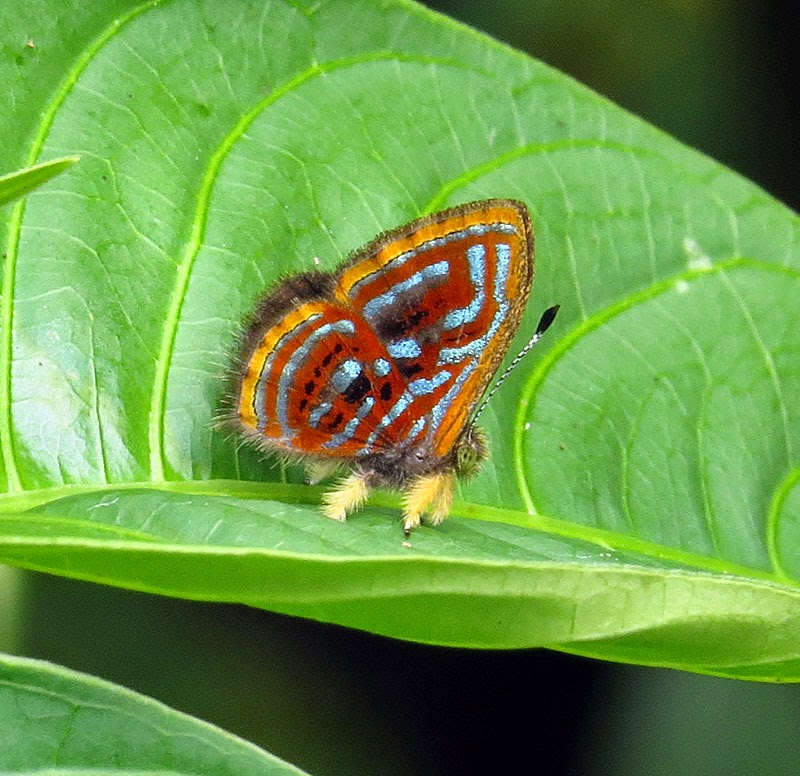 Posted by Birdernaturalist at 9:25 PM