Some Birds of Chaparrí Reserve 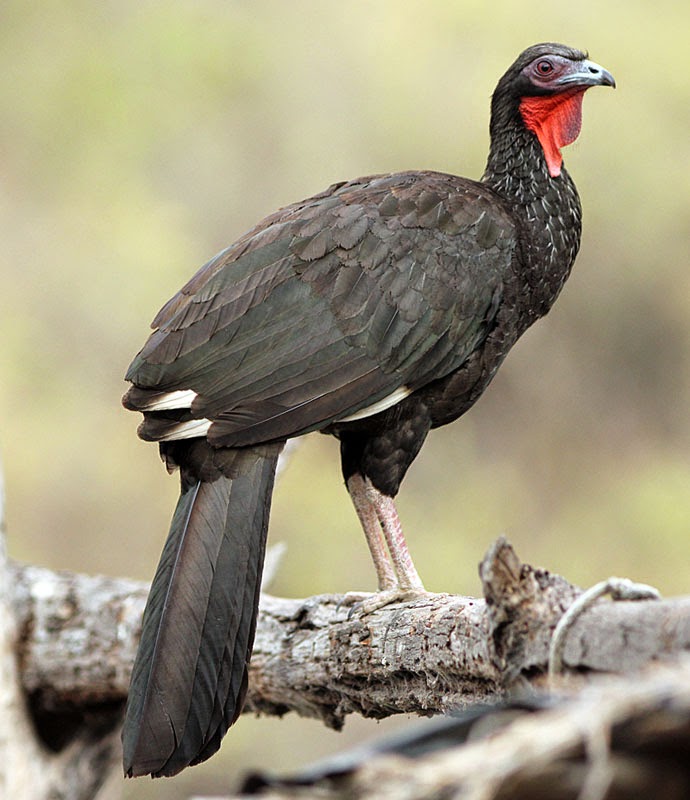 White-winged Guan is one of the reasons that Chaparrí Reserve exists (the other being the Spectacled Bear). Endemic to just NW Peru, it's one of the rarest birds in South America, as pressures from habitat loss and hunting nearly wiped it out. So a program to release captive-bred birds was started here. Soon they were seeing more of these marvelous birds than they had released, including adults that couldn't have been offspring, confirming that some did still exist here. A super tame bird like this one that I photographed in December 2011 may very well be one of the released birds, but this far into the program, and ten years since the last release, third and fourth generation birds from this very successful program are being seen. The largest single population of the species is in these hills, and it's estimated that 250 wild bird exist.

Not so rare is the Andean Condor. If they had had as much lead ammunition here as we do in North America, it could very well have gone extinct by now. 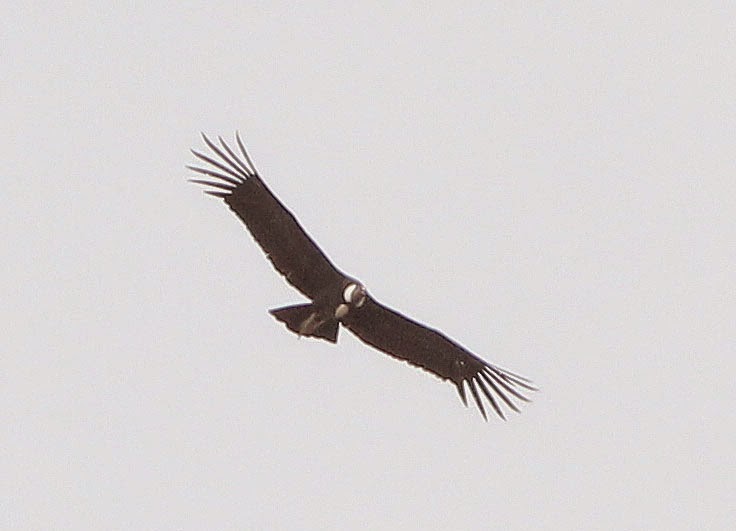 I spent most of the time looking for birds in the denser woods at the lodge and along the stream, but the entrance road with it's more open, desolate desert had some interesting birds. 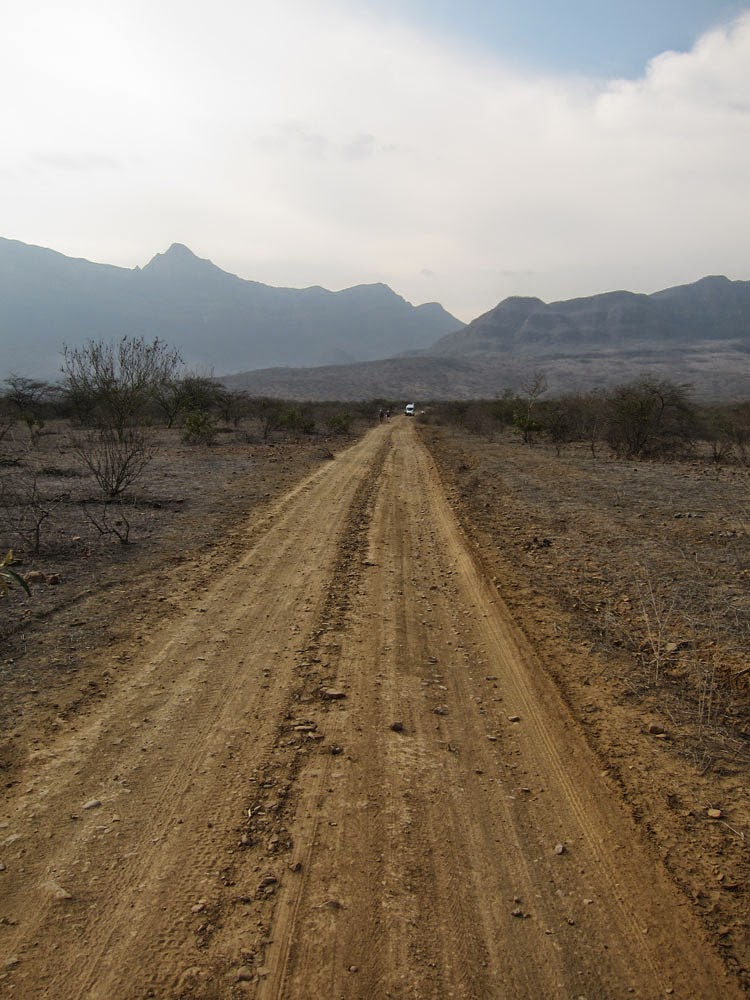 This is where we found Sulphur-throated Finch as well as flocks of these Parrot-billed Seedeaters. 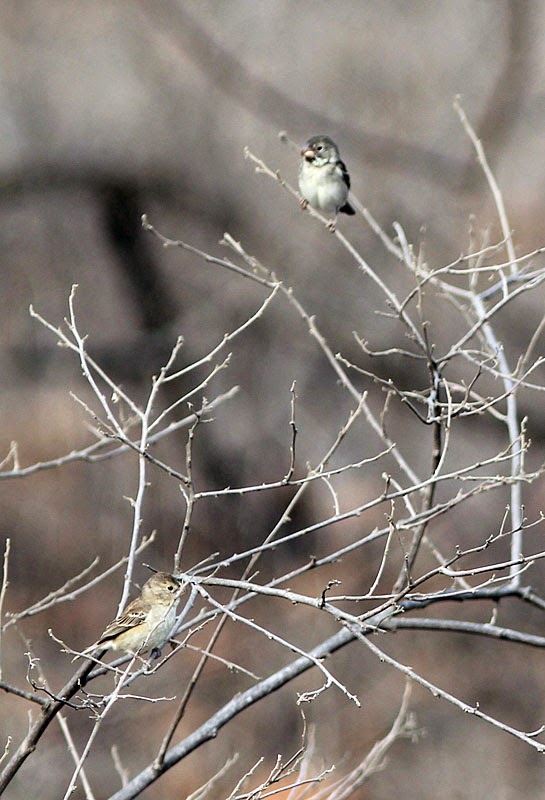 Once at the lodge there was plenty to see. This is a Baird's Flycatcher, closely related to Sulphur bellied Flycatcher. 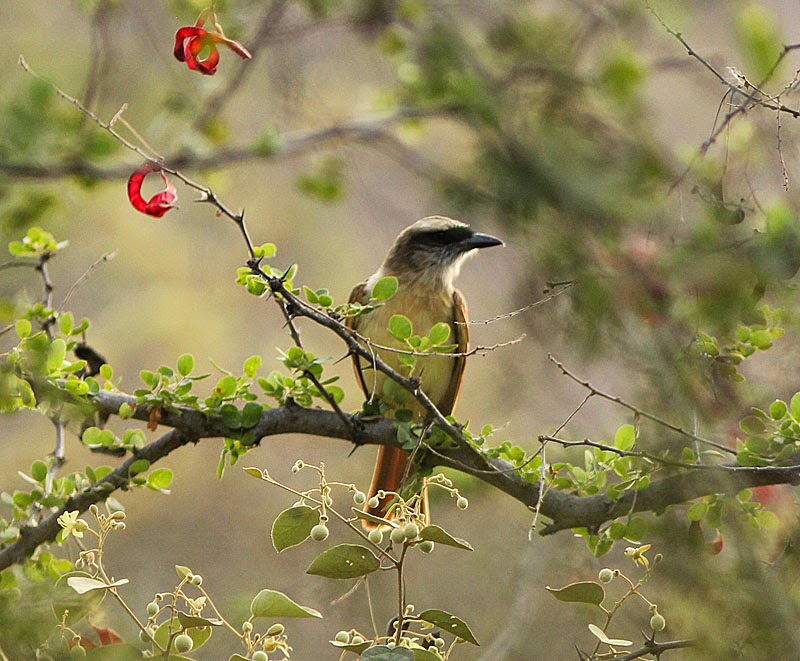 A Collared Antshrike, one of the specialties of drier SW Ecuador and NW Peru. 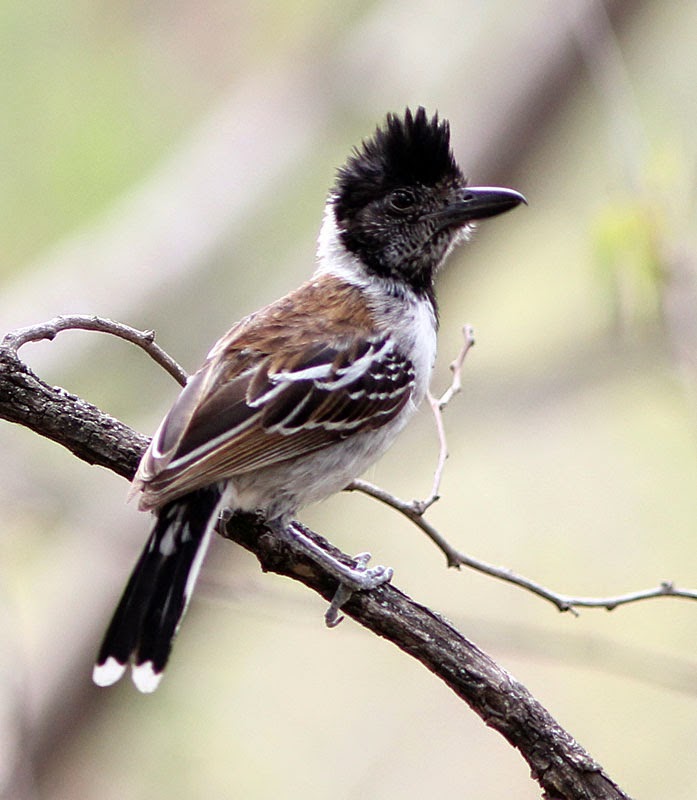 What to call this one? Golden-bellied Grosbeak? Southern Yellow Grosbeak? Or the current SACC name Golden Grosbeak, changed just a year or so ago? 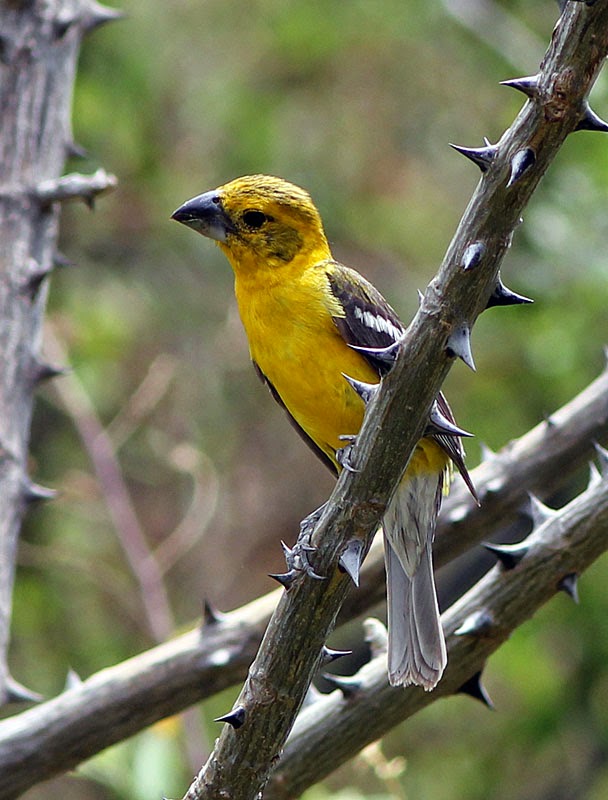 The cute Gray-and-white Tyrannulet is in its own genus (Pseudelaenia) and doesn't seem to be closely related to other tyrant-flycatchers. 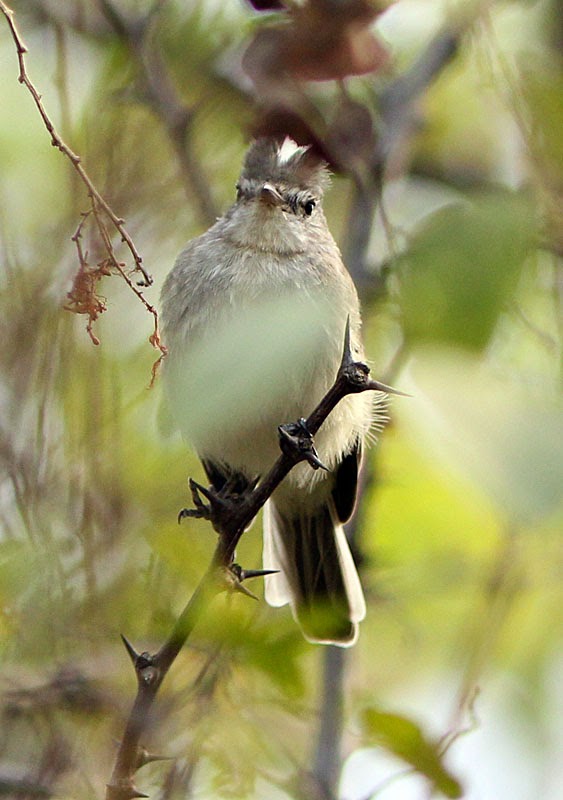 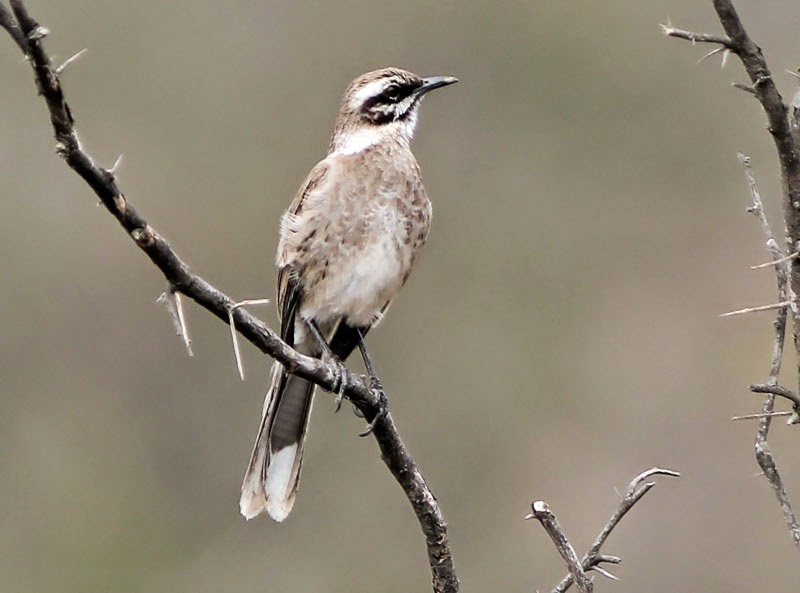 As is the gorgeous White-tailed Jay, which comes to feeders. 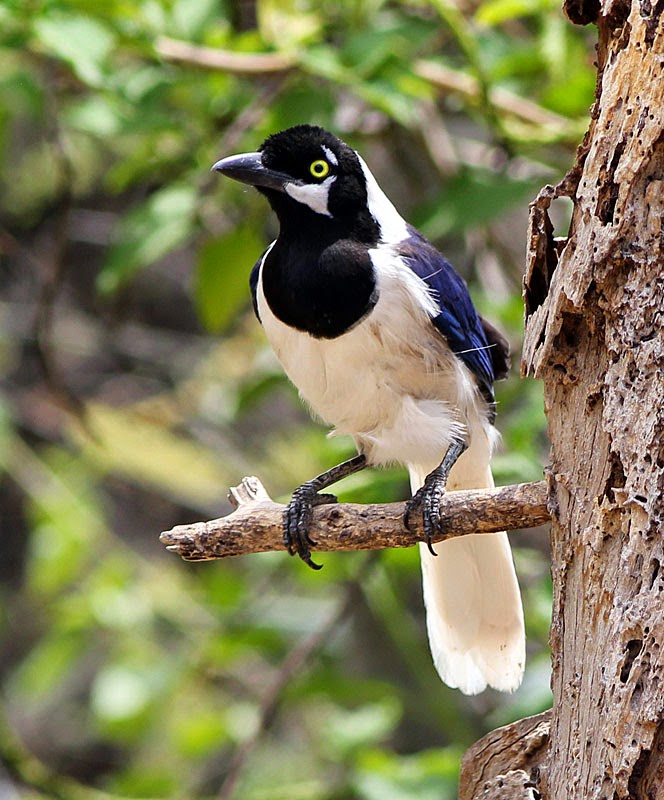 Pacific Parrotlets fly around in little twittering flocks, feeding on seeds in the weeds and trees. 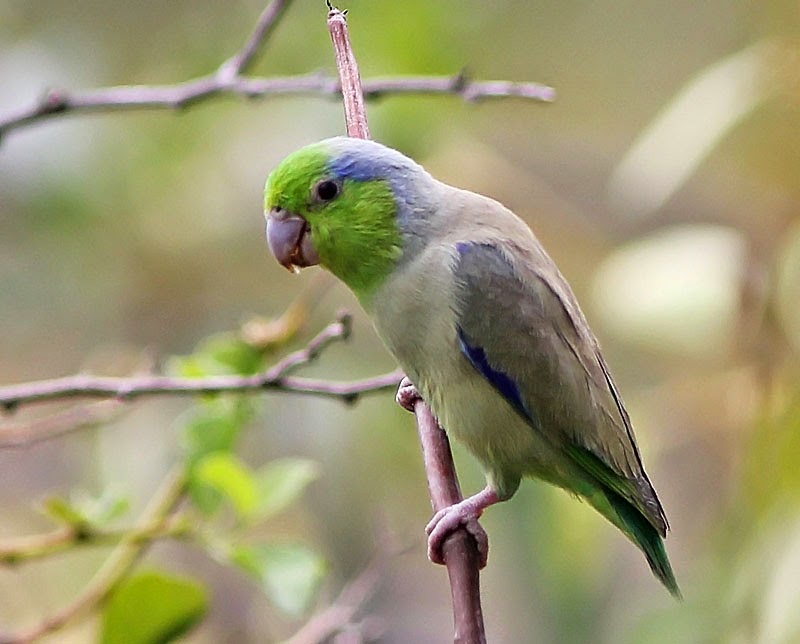 The tiny Tawny-crowned Pygmy-Tyrant, actually showing its rusty front (the front in birds is the same as forehead – the feathering between the bill and the crown). 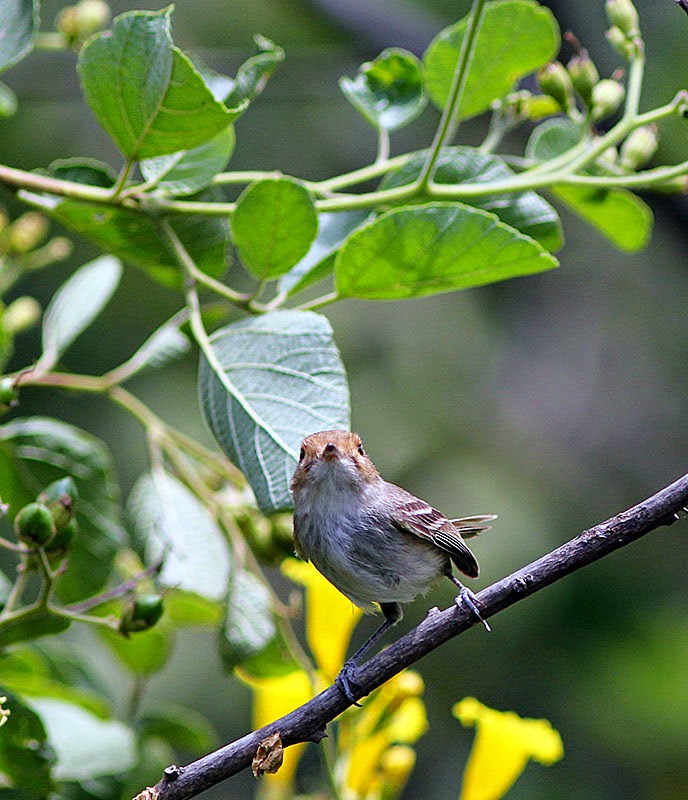 Sooty-crowned Flycatcher is endemic to the dry forests of western Ecuador and Peru. 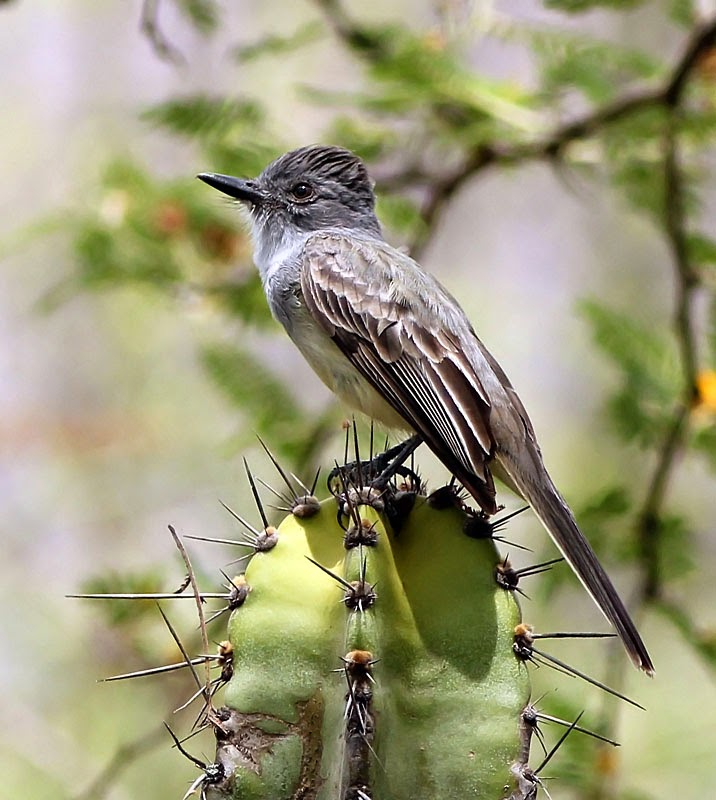 This bird is called Tropical Pewee by current AOU/SACC taxonomy, but it's one of the more obvious errors committed by the deaf lumpers of the past century. The IOC does split it, calling it Tumbes Pewee, but there's more work to be done there, as two or three of the remaining subspecies of Tropical Pewee are obviously not conspecific, with utterly different vocalizations. 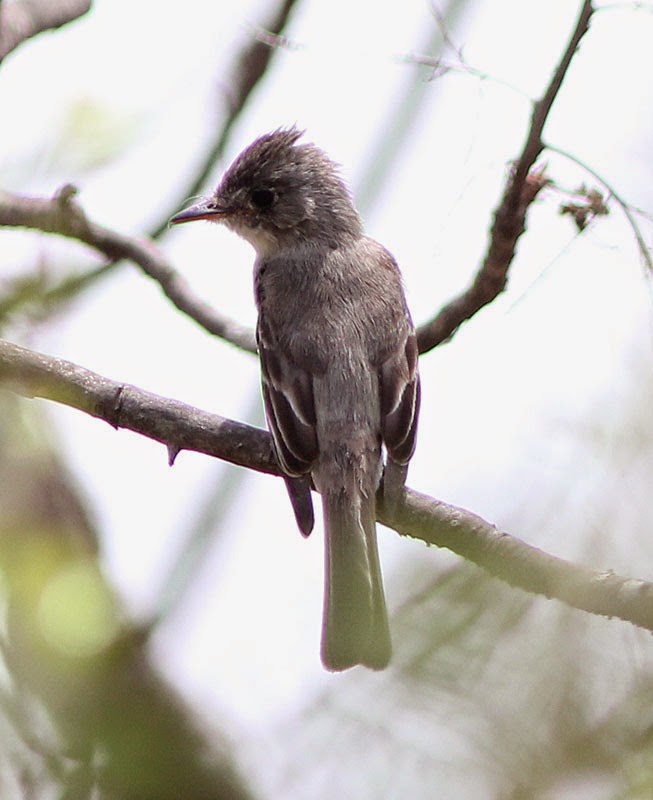 The Tumbes Sparrow is a regional specialty, and one of few true “New World Sparrows” in South America. It was once together with a bunch of ours in Aimophila, but it and the southern Stripe-capped Sparrow are in the new genus Rhynchospiza. 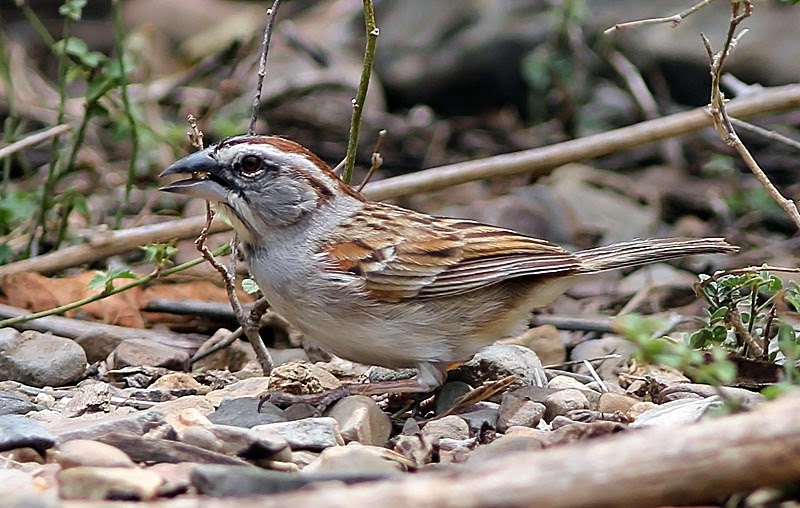 My favorite here was the White-headed Brushfinch, another New World Sparrow, closely related to our towhees. 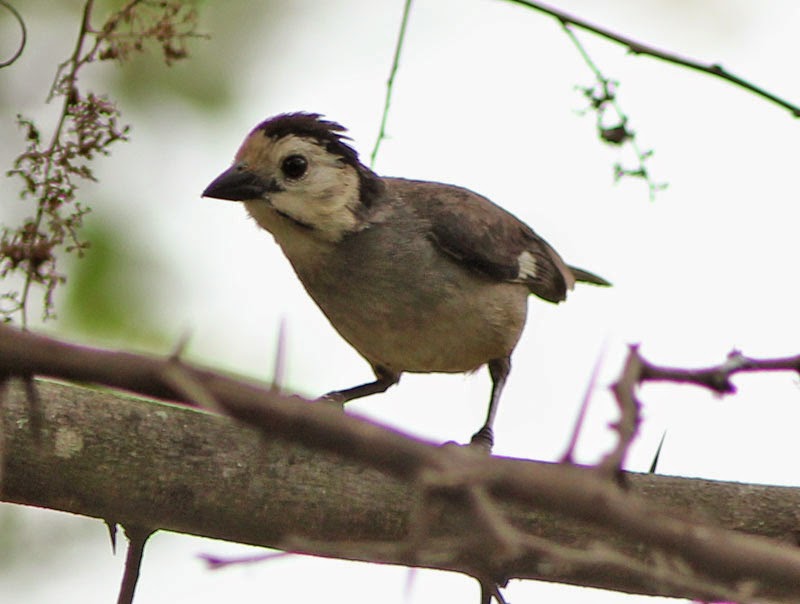 Posted by Birdernaturalist at 12:45 PM