My final field trip for the Southwest Wings Spring Fling Birding Festival this past Saturday was titled “Chasing Rarities.” The two obvious rarities in the nearby Huachuca Mountains were Rufous-capped Warbler and Sinaloa Wren, so those were our targets.

Rufous-capped Warbler is one of the rarest breeding birds in  the United States; there are only 2 or 3 known pairs in the country. The pair we sought has been known in the rarely-visited Hunter Canyon on the east side of the Huachuca Mountains since early September 2013. Who knows how long they were there before being discovered. I had never been here before, so it was fun getting know a new area. 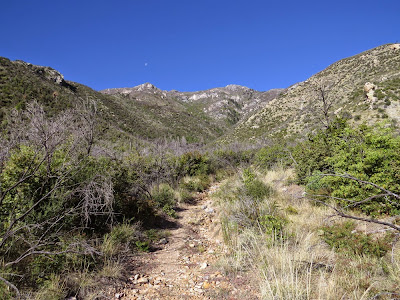 While we were looking, listening, and waiting at several different spots in the upper canyon – the few times I played a bit of song there was no response – this Greater Pewee came down just a few feet away to investigate my owl imitation. 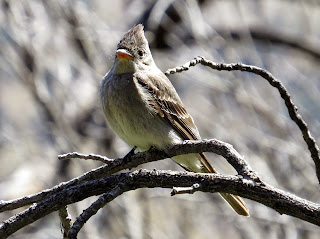 We were watching a male Ornate Tree-Lizard do pushups to impress a female when I caught a bit of movement in the bushes nearby on the trail. Rufous-capped Warbler! It foraged for a while, was joined briefly by a second bird, then it came over towards us and sat up to sing. This was several minutes since I had played just a couple songs, and this didn’t look like the typical excited response to playback that I usually see in birds. I think we just lucked into being in the right place at the right time. 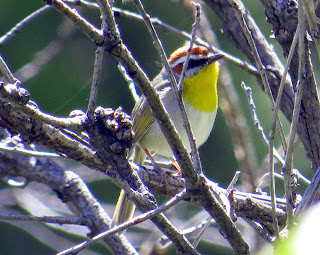 Here’s a bunch of happy birders. 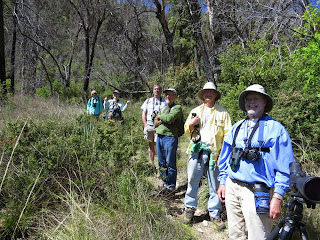 On the way down I photographed this Acmon (or Lupine or whatever) Blue. The taxonomy is still in flux. 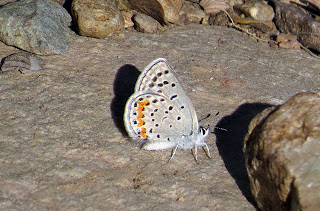 We then spent a few hours in Huachuca Canyon on Fort Huachuca, hoping for the Sinaloa Wren, but neither we nor another 20 birders, including a tour group, another festival field trip, and lots of independent birders could find it. This is the parking area by the stream where it is usually seen, but no one knows where it goes when it disappears. 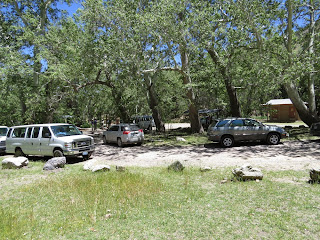 While looking for the wren I looked up at a sycamore tree and noticed this Black-necked Garter Snake about 7 feet off the ground. I had never seen one off the ground before. 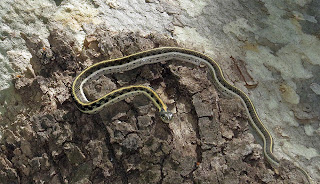 We finally had to give up on the wren and worked on the participants’ wish lists. Up canyon we found the recently arrived Sulphur-bellied Flycatchers and a female Elegant Trogon, then in the grasslands towards Garden Canyon we scored Canyon Towhee and Botteri’s Sparrow. On the way back to the Cochise College field trip meeting site, we looked for Chihuahuan Raven, the species “known” to occur in parking lots and visit dumpsters in Sierra Vista. Things have changed since I birded Sierra Vista frequently 20 years ago. All we could find were Common Ravens, including this one. Notice how the nasal bristles only cover the basal half of the bill. This one also called, a typical throaty Common Raven croak. 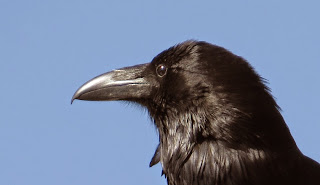 Posted by Birdernaturalist at 4:09 PM