Violet-clouded Skipper in the Garden

I was putting out fresh hummingbird food in the yard yesterday morning when I noticed this small skipper on the purple asters. 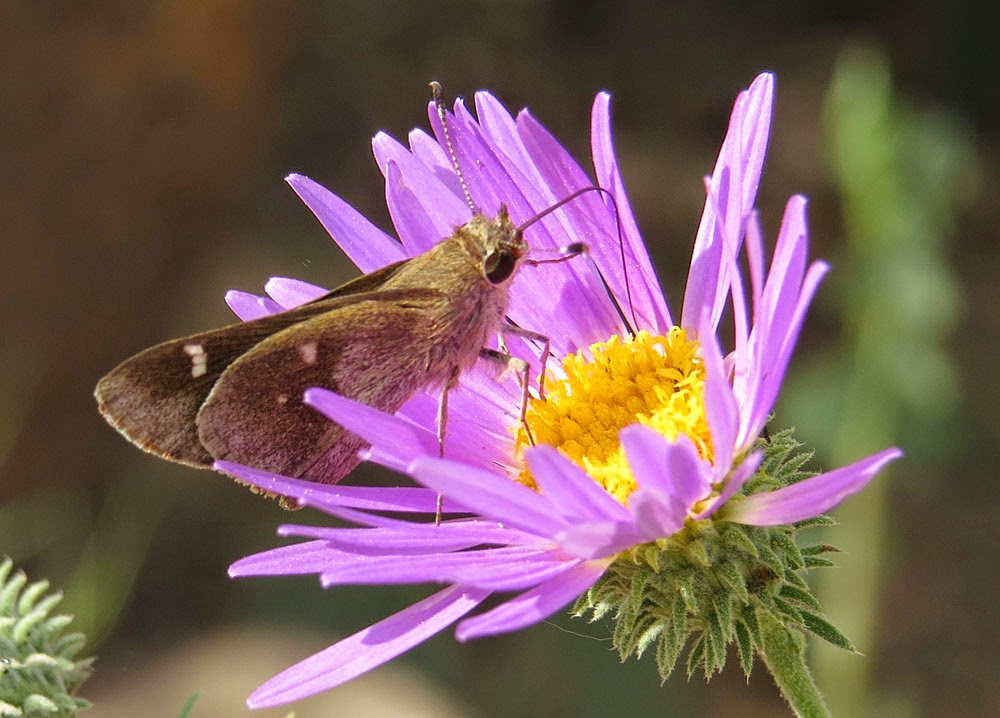 I quickly put the feeder up, put down my coffee, ran in for the camera and got the above shot. Several minutes later I refound it in my garden, as it briefly landed on the sneezeweed cultivars I planted in hopes of attracting butterflies, but then it decided to sun itself on the tomato plants, where I took a bunch more photos. It turns out to Violet-clouded Skipper, an uncommon bug in grassy desert canyons, and downright rare in places like urban gardens. I’ve seen it twice before, but never in the yard. The last time I saw one, coincidentally, was the last time I hiked into Pima Canyon with Jake Mohlmann, six years and two months ago. I had seen it only one other time in Arizona, about three years before that. 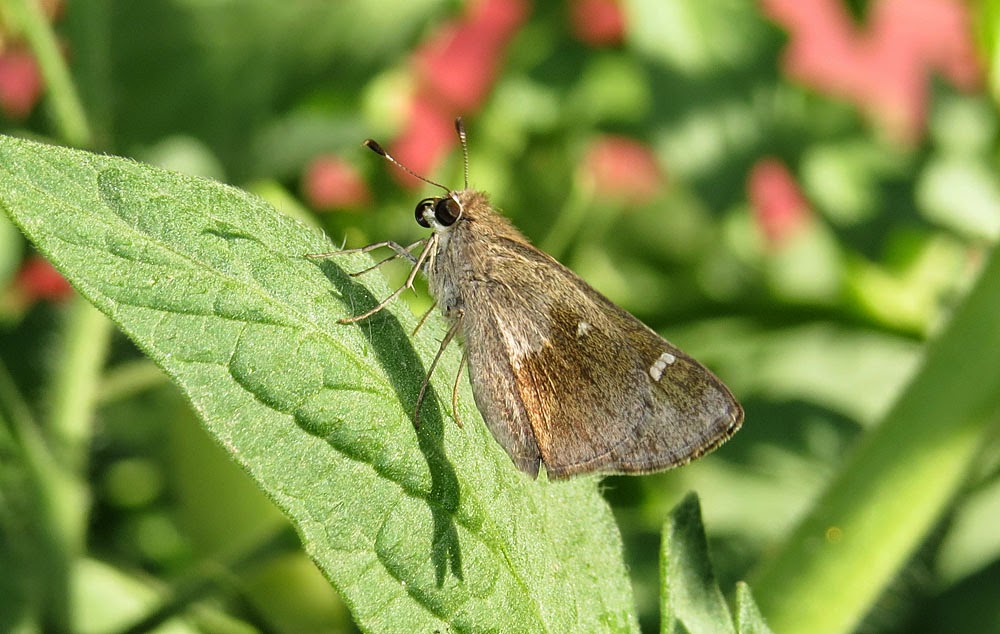 I realized I hadn’t really figured out what these lovely purple asters are in the yard, so I tried keying them out. 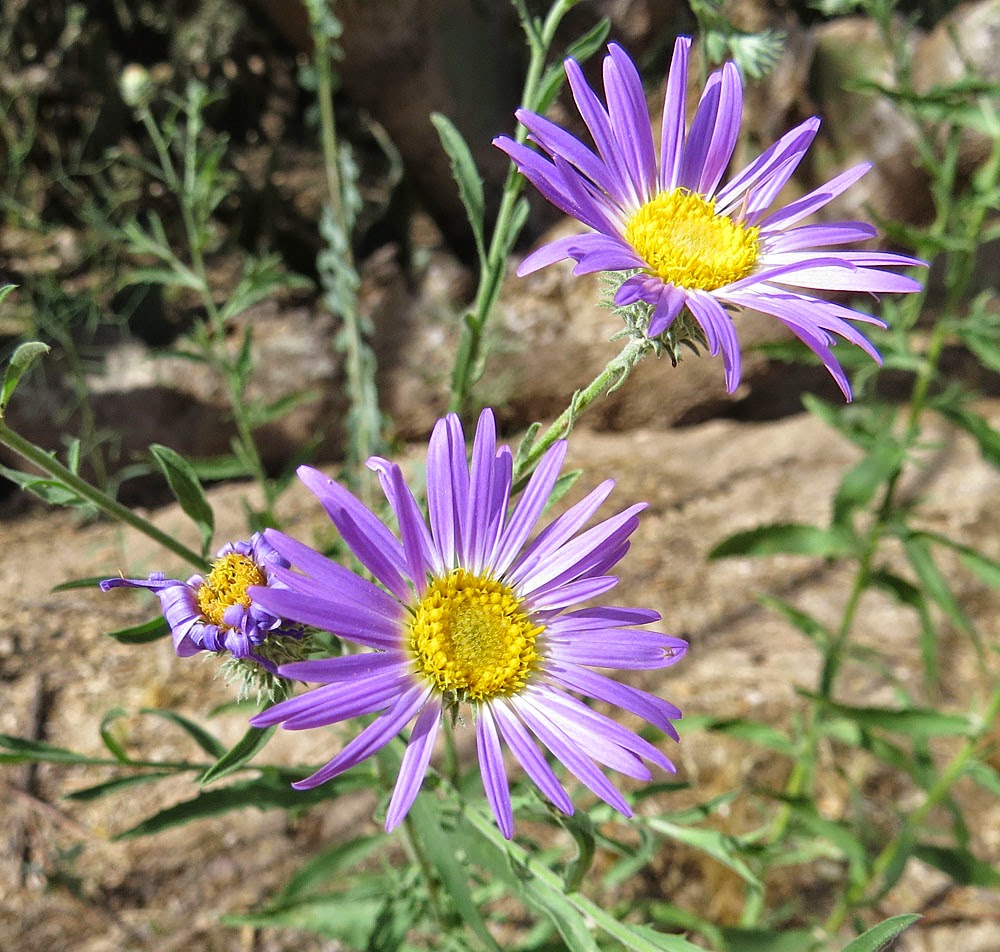 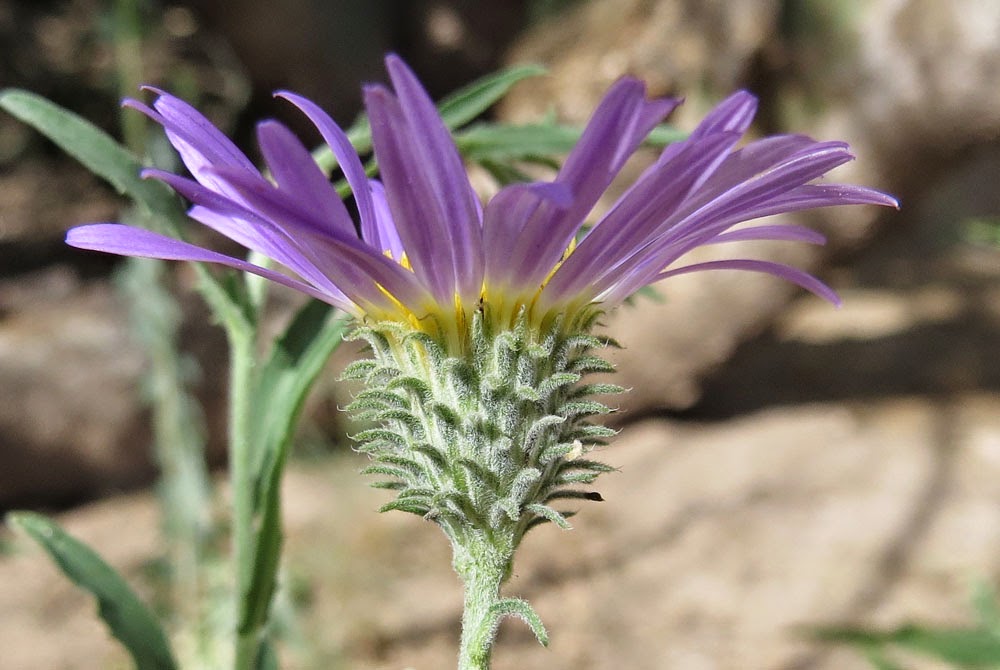 The species that Kearney & Peebles (1951) led me to was Aster tephrodes. In the 1960 supplement they mention that it’s been moved to the genus Machaeranthera. Then sometime in the intervening decades it was changed to Machaeranthera asteroides, and then that genus has been changed once again to the currently accepted Dieteria asteroides, with the common name Fall Tansyaster. 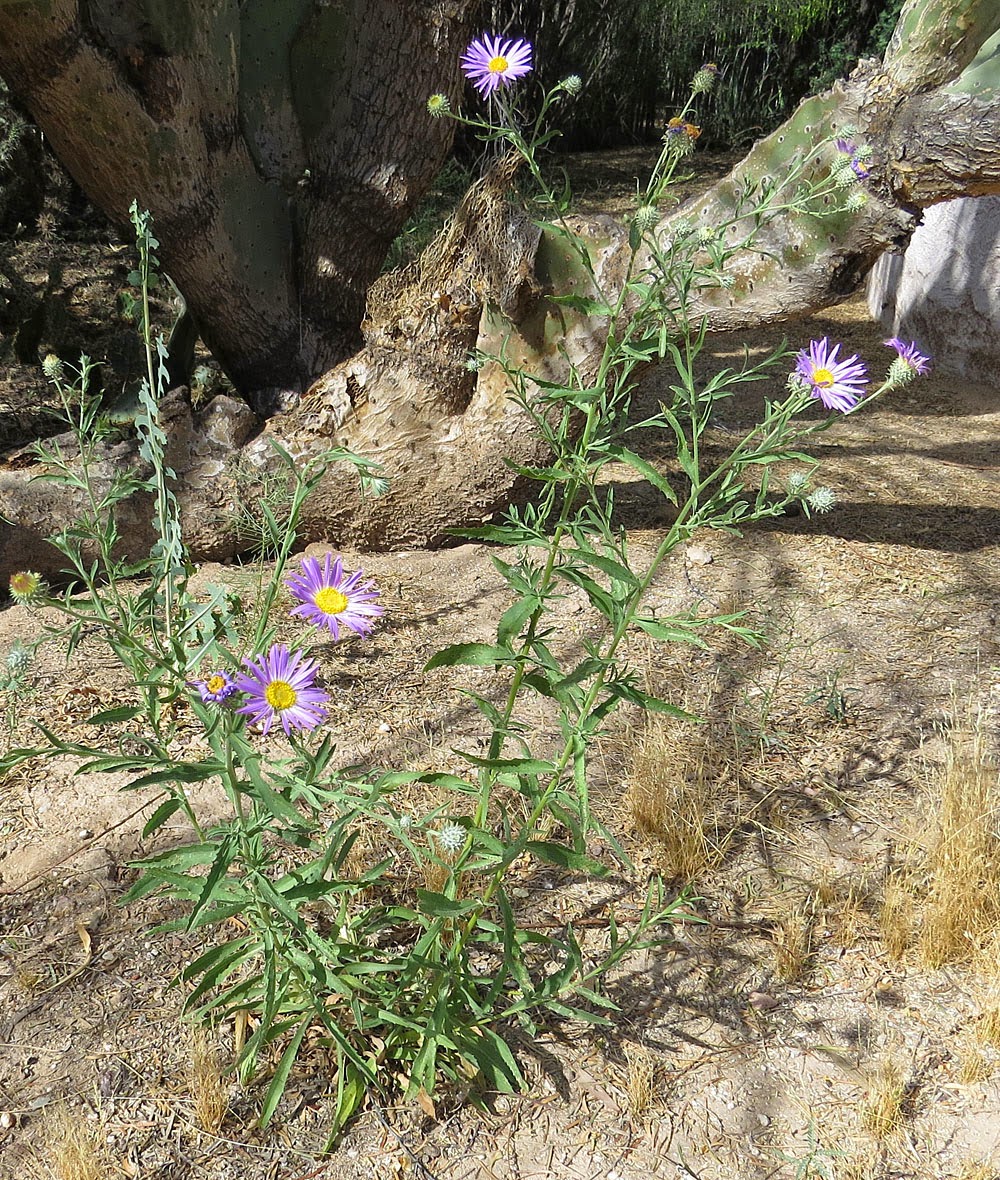 It is very close to Dieteria canescens, but if the characters in K & P are still correct, this one shows the phyllaries having the green tips relatively long, gradually narrowed, and bent back. D. canescens should have a very short green tip that rather abruptly narrows from the white (“chartaceous”) basal portion to the pointed tip. K & P also correctly characterize D. asteroides  as occurring on alluvial soils (which our yard most definitely is) and blooming as early as March, while D. canescens blooms after June. 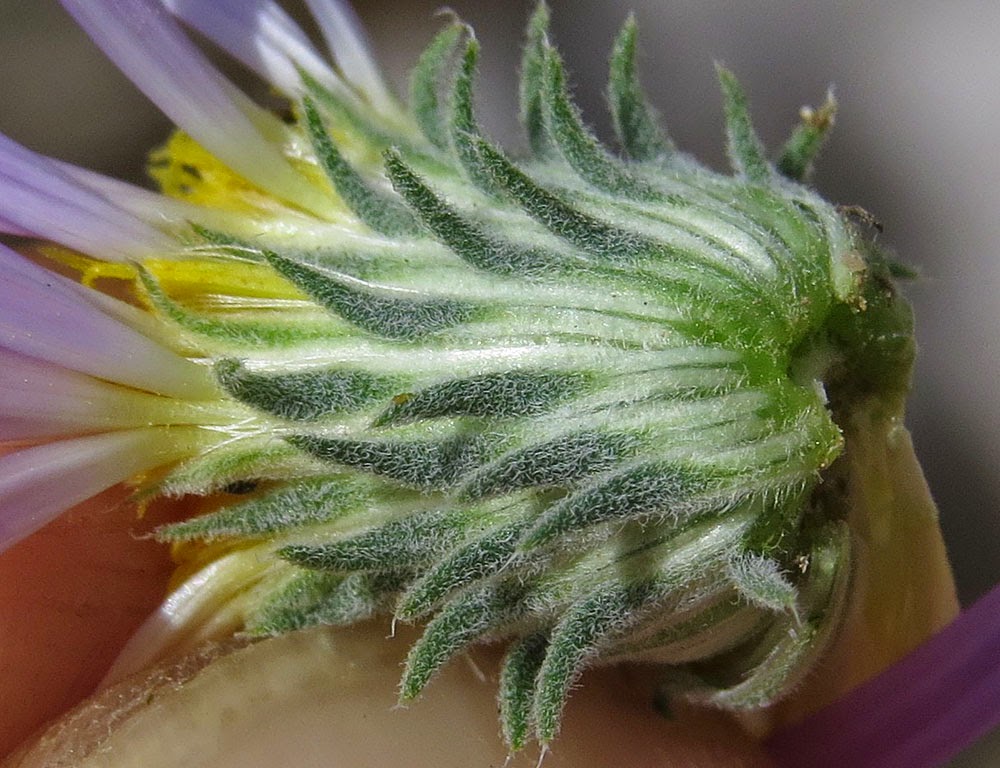 While keying it out, I noticed this miniscule and nearly transparent ambush bug, family Phymatinae.
Update 1: This is actually a lace bug, family Tingidae. 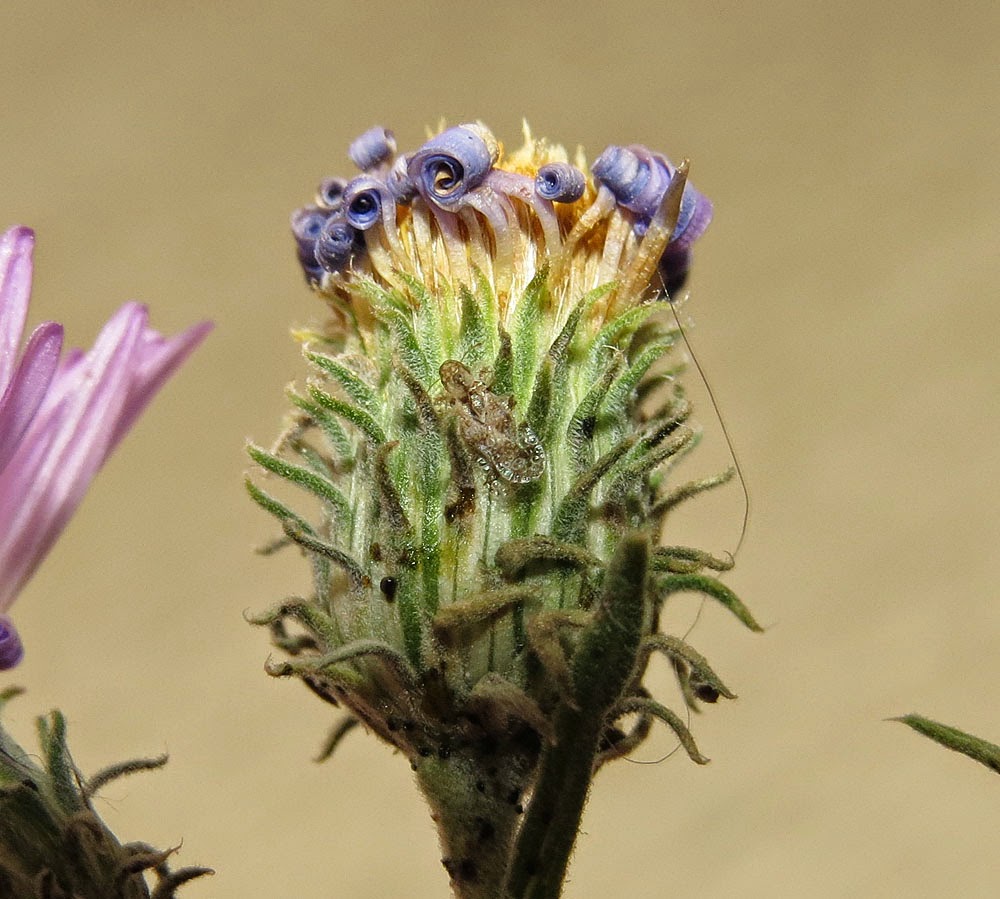 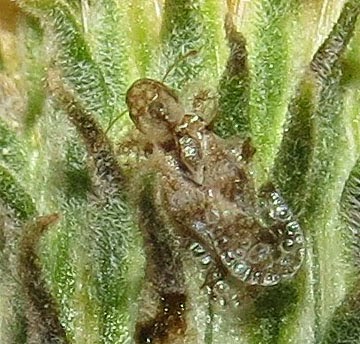 There have been plenty of Pallid-winged Grasshoppers in the yard all winter long, but this was the first Gray Bird Grasshopper, Schistocerca nitens, that I have seen this year. Finally, here are three shots of my little vegetable garden that I have been enjoying for the past nearly three months. The first photo is from March 5, the second is April 8, and the third is from April 29. I’ve already eaten three grape tomatoes, one zucchini, several little crookneck squashes, a bouquet of basil, and lots of kale. 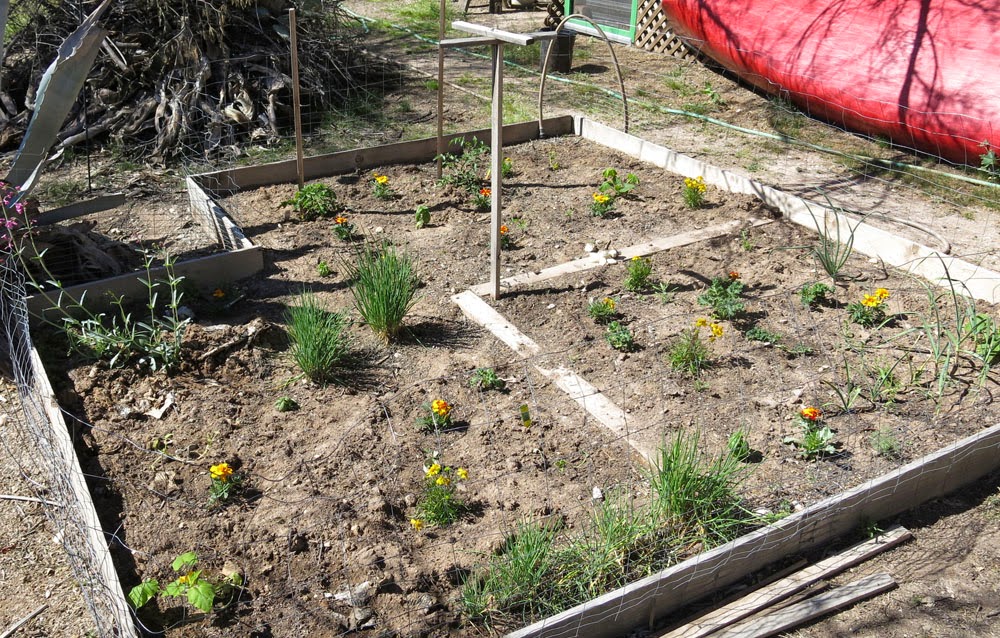 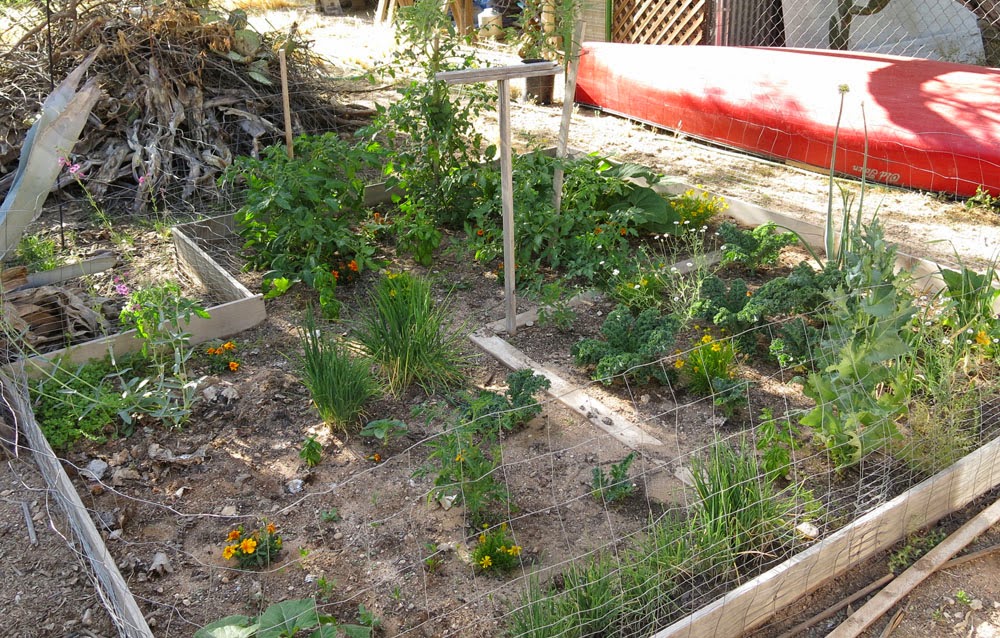 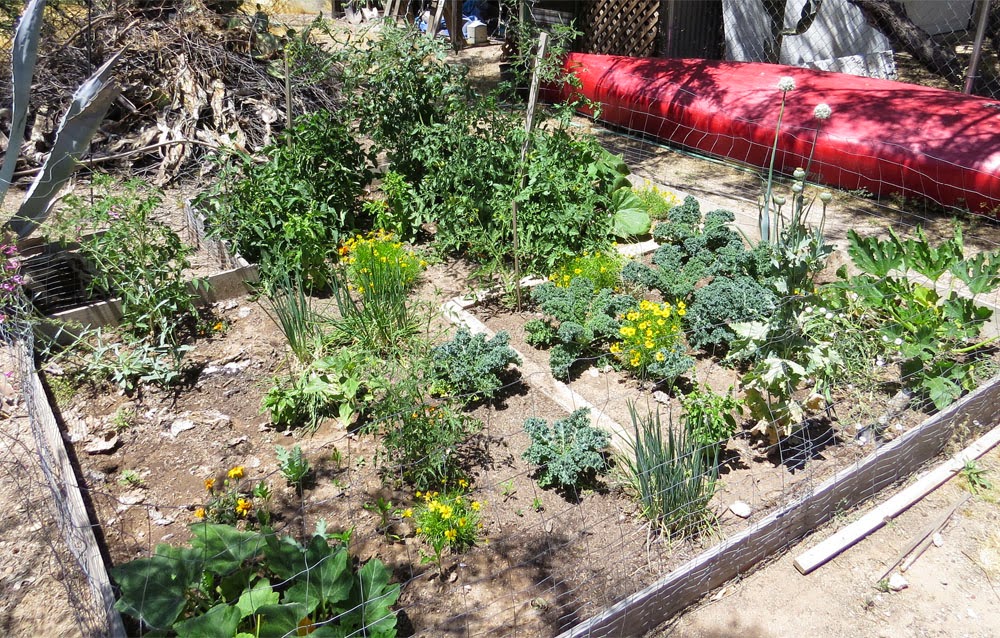