An Arizona Private Tour for the Forsyths

This past July I agreed to lead conservationist Sharon Forsyth on a five-day private birding tour in Arizona – five days sandwiched between my tours to Brazil and Costa Rica with only two days’ cushion on either side. Sharon had birded here only once or twice before; I had met her on a day-long field trip I led here for the American Bird Conservancy board, on which Sharon sits, a year and a half ago (I blogged a bit about it here). This was her second attempt to find a gap in my schedule to do a tour in Arizona, and we’re both very glad it worked out. 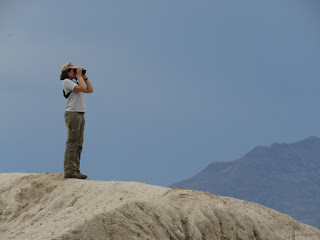 Sharon cajoled her husband Adrian to join her for three of the five days, and it was a real treat for me to sneak in some natural history observations with such a well-known tropical ecologist. He’s also a pretty good birder. 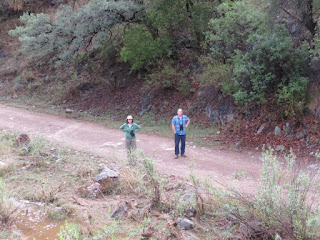 We started in Florida Canyon where we easily caught up with one of the breeding Rufous-capped Warblers. Adrian was more fascinated with all the net-winged beetles and other insects on this Dasylirion wheeleri, Sotol flower spike. It seems there’s virtually nothing known about the pollination ecology of this plant. It’s said to be wind-pollinated, but the numbers of insects on this spike suggest it might be more complicated than that. 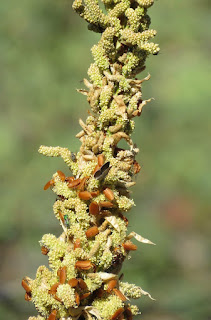 It’s early in the monsoon, but things are starting to get green and insects are already abundant. This robber fly Diogmites sallei, Salle's Hanging Thief, was one of the more common insects flushed at our feet. 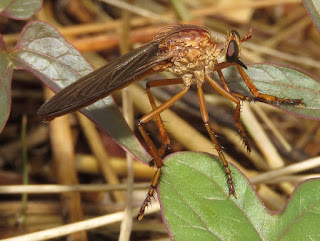 I imitated owls to bring in this Northern Beardless-Tyrannulet very close. 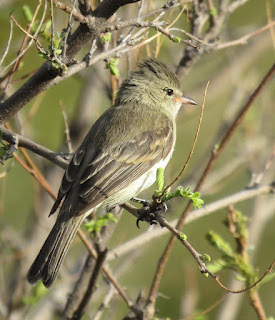 We then visited Montosa Canyon on the west side of the Santa Ritas. In the large culvert there I found this Ascalapha odorata, Black Witch. This moth does not breed in Arizona but is found here only as a stray dispersing from Mexico.

The next morning we visited California Gulch. We had intended on trying for Buff-collared Nightjar, but we left later than I had planned, and debris on the road from last night’s monsoon storms slowed us down, and we arrived too late. But timing was perfect for Five-striped Sparrow, a main target. 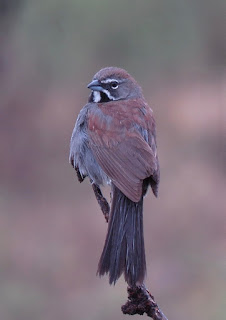 I was surprised to see this Passiflora arizonica, Arizona Passionflower already in full bloom, since the rains had only started a few days earlier. It was getting a head start, predicting some more rain no doubt. 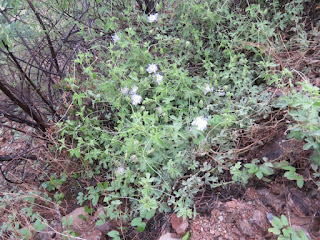 After losing three hours getting a tire replaced and another patched at the Walmart in Nogales, we continued to the Sycamore Canyon east of there in the Patagonia Mountains. First we stopped on the road for this crossing Aphonopelma chalcodes, Desert Blond Tarantula. 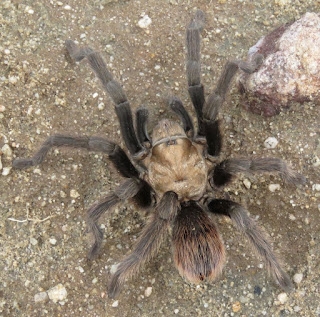 Turning over some debris I found this Vaejovis spinigerus, Stripe-tailed Scorpion. 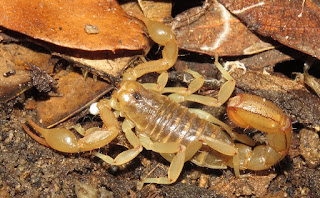 This area had received a bit more rain, and fungi were up everywhere. This puffball is an Astraeus sp. 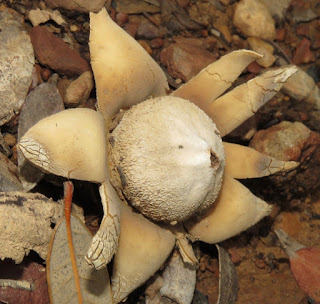 This huge and gorgeous flower is Ipomoea longifolia, Pinkthroat Morning-glory. 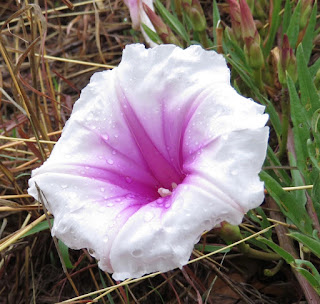 Our main birding target here was the resident pair of Spotted Owls, and we found a pair of them. 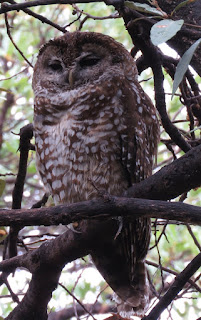 We then spent a couple nights at the delightful Casa de San Pedro, finding this Terrapene ornata, Ornate Box Turtle on the entrance road nearby. 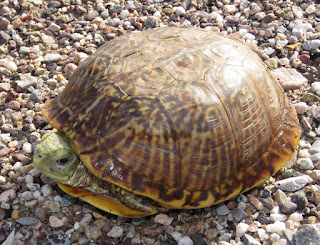 From our base in Hereford, we visited several canyons in the Huachuca Mountains. Our main target at the Reef Townsite campground was this Tufted Flycatcher, one of two pair now breeding in these mountains, an unprecedented range expansion that began two years ago. 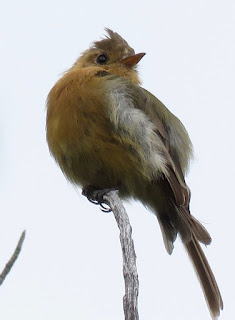 When Adrian left us for meetings back East, Sharon and I hiked into upper Ramsey Canyon, where we were successful finding the single male Flame-colored Tanager. 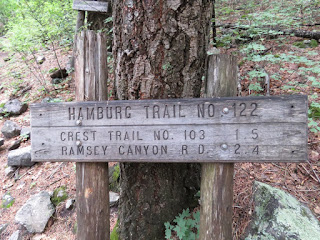 Sharon and I then spent our last night at Portal where Mexican Chickadee was our primary target, which we relatively easily found. But there were so many other interesting critters there. In one drainage were several damselflies, Argia plana, Springwater Dancer. 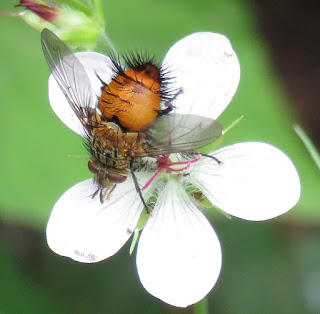 A classic shot of the handsome Pterourus multicaudata, Two-tailed Swallowtail. 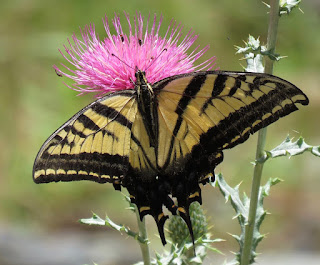 We had been remarking about the utter lack of snakes on our trip so far when I spotted this Salvadora grahamiae, Eastern Patch-nosed Snake, stretched out across the road on our way back to Tucson. 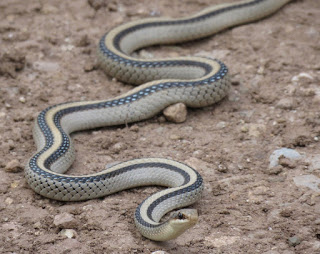 I then had just two days back at home before I departed for Costa Rica.
Posted by Birdernaturalist at 6:00 AM