From Mainz to Luxembourg – Sail Boats, Dippers, History, and Music!

Yesterday was a nice change from my normal routine – I first helped (OK, mostly watched and photographed) as the May family moved their sailboat from their front yard to their docks on the Rhein for the summer. The whole process took about 4 hours, which isn't bad. It involved hitching the trailer to the car, driving to the crane docks on the Main, getting it all ready to be lifted, erecting the sail mast, and the motoring down the Main to its mouth, then up the Rhein to the boat club docks. Then it was Tchüß to my wonderful hosts. 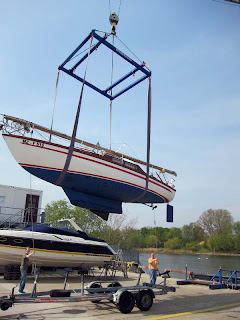 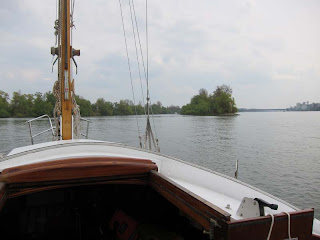 I then took a very pretty train ride from Mainz to Luxembourg, almost 3 1/2 hours, changing trains in Koblenz and Trier. There I was greeted by Kristina Mascher-Turner and Kerry Turner. Kristina and I went to grade school and middle school together and last saw each other in 1988.

After seeing Jackdaw at their house then Blackcap, Blue Tit, and Blackbird in the city park, they both took me on history walk through old town Luxembourg, a gorgeous city. In the first photo we're looking down at the small bridge where Kristina took the next picture looking back up at the overlook. 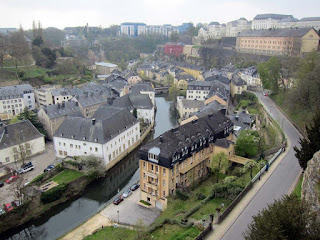 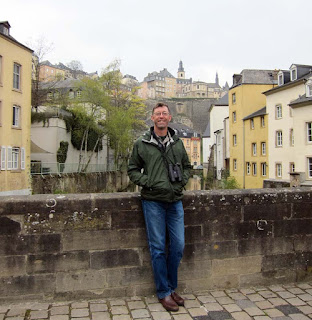 Just down the river from here we saw Eurasian Moorhen (now split from the Common Gallinule of the New World) and a delightful White-throated Dipper (now the first eBird entry for Luxembourg).

We then went to a really nice Alsatian restaurant called Goethe Stuff for lunch. 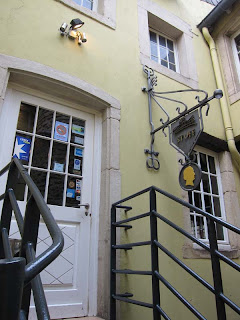 Luxembourgisch is a very interesting relative of German, but more distinct than most dialects, probably enough so to be called its own language. "Stuff," for example, is apparently the same as German "Stube," or restaurant-bar. I had Späztle with roasted goose liver, which was new for me. It was incredibly good. 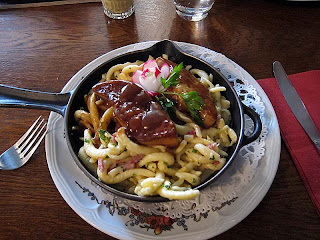 Kerry and Kristina - One half of the American Horn Quartet. 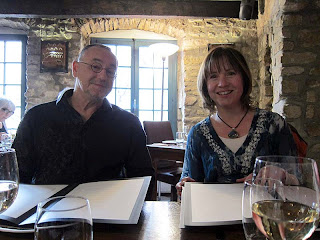 This evening I was treated to the rehearsal of half of their vocal ensemble Intermedii which they hosted at home, along with 4 players of Renaissance instruments such as sackbut, bladderpipe, and cornetto. They're performing a benefit concert this coming Tuesday, and from the sounds of it, they're ready to go. My friend Scott Mason would be envious. I made this recording with my iPad of Fair Phyllis I Saw by John Farmer.