Birding and Botanizing Around SE Arizona in Winter 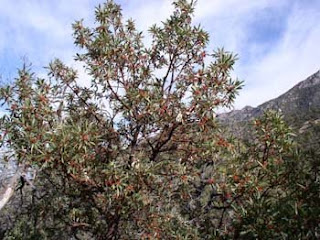 January and February were mostly marked by a few one-day outings, either in the guise of a private tour for clients in search of special birds (Aztec Thrush, Crescent-chested Warbler, Black-capped Gnatcatcher and other more regular things), or just going out with friends.

The first two species mentioned have been hanging out in the higher elevations of the Santa Rita Mountains, an hour and 10 minute hike from the end of the road in Madera Canyon. The only pic from here is an Arizona Madrone, loaded with berries.
One of my clients was a very new birder and was happy to see almost any bird unique to the Southwest. So I had time to take shots of a couple through the spotting scope:
Black-throated Sparrow 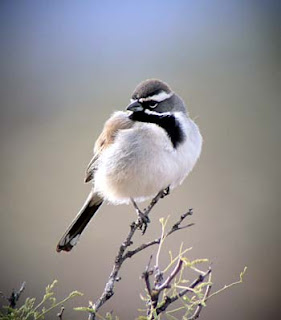 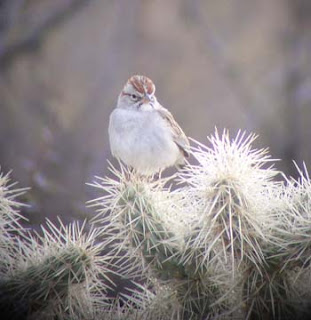 Then in early February, my friends Garry George and Joseph Brooks came to Tucson from Los Angeles for the Tucson Gem & Mineral Show. Mark, Molly, and I took them to the San Rafael Grasslands where we found them Baird's Sparrow. 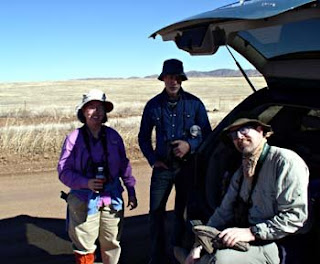 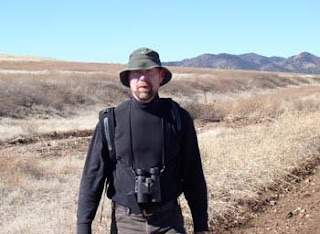 We ended the day with a long drive into California Gulch in a last-ditch attempt to find Five-striped Sparrow. There are some winter records, so we thought it was worth a shot. But no luck, though it is always a beautiful place to visit. 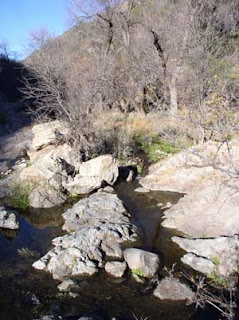 On January 29, my friend Dylan Radin and I went to explore the Waterman Mountains to the NW of Tucson. 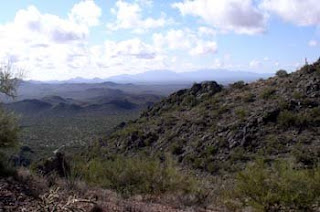 These mountains are unique in being an isolated outcropping of limestone in the Sonoran Desert and is one of only two small mountains where the Nichol's Turk's Cap Cactus occurs. 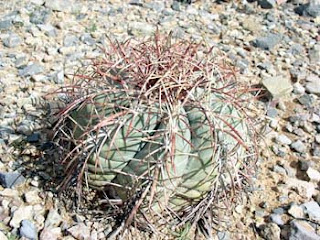 It's also where Elephant Tree, Bursera microphylla reaches its northern most occurrence and closest to Tucson. This plant is the winter food source for Gray Vireo, and we wondered if there were enough plants to have one winter there. We did find quite a few plants with lots of fruit, but only one Ash-throated Flycatcher was taking advantage of the resource. 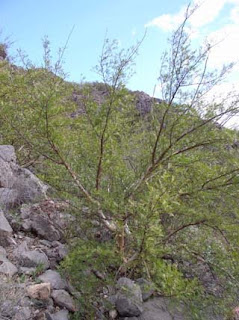 Other cool things there were this Velvet Ant, Dasymutilla magnifica 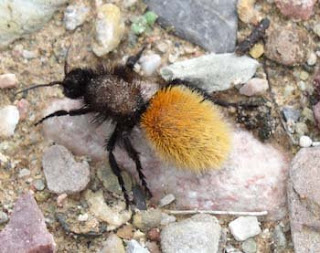 And some nice cacti and ferns. 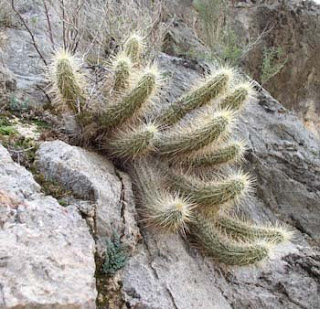 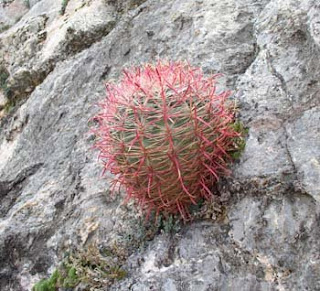 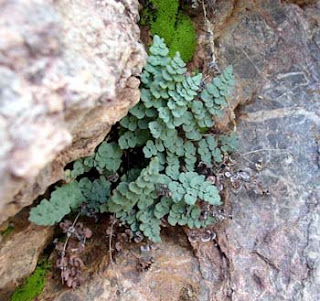 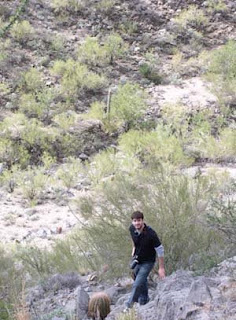