It was all Dylan's idea, to go to Montauk, at the eastern tip of Long Island to see the two vagrant geese wintering there: Barnacle Goose and Pink-footed Goose. With some logistical juggling (frequent flier flights on an open-jaw ticket, bus rides, and contacting a bunch of people to see if my friends were available to host us), we took the plunge. It was a fabulous trip.

I went a couple days before Dylan and spent an entire day with my oldest niece Jennifer on Valentine's Day. It got to know my great nephew, Ashlar and met Jenn's partner Vicki for the first time. Next time I will have to make it a longer visit and not when there is 3 feet of snow on the ground. 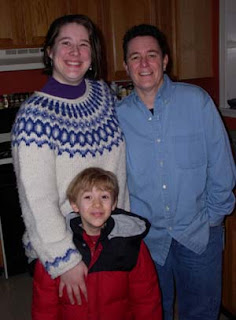 Then I was off to New York on the Fung Wah bus from Boston to Manhattan. I met up with Doug Futuyma and that evening was treated to a great performance of Verdi's Otelo at the Metropolitan Opera. Dylan arrived in the meantime, meeeting up with us at Doug's pied-a-terre in the Upper West Side.


The next morning, we met up wth Olaf Soltau and made a day of birding our way east on Long Island. Doug was a great tour guide, making sure we covered all the spots likely to have any rarities, and netting Dylan two lifers, Purple Sandpiper and Iceland Gull. Here's the Iceland Gull (sandwiched between Herring Gulls) on our last day. 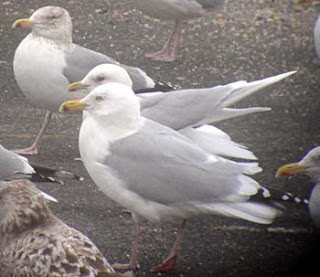 After netting the Barnacle Goose, Doug and Olaf dropped us off with Anthony, Philip, and Michael. Anthony had agreed to house us and the rest of the crew at his weekend cottage in East Hampton. We spent the rest of the weekend birding the eastern end of the island, with only the Pink-footed Goose remaining. Luckily, it showed up Sunday morning with no trouble. Huge rafts of scoters and eiders at Montauk Point were a highlight as were a couple "Ipswich" Savannah Sparrows.

The other highlight of the weekend was the fun time had back at the cottage, with wonderful food prepared by the non-birding spouses (Judi, Galen, and Justin). A weekend to cherish. 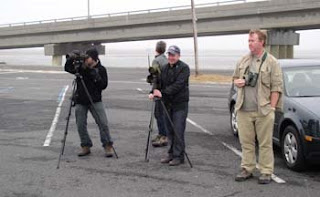 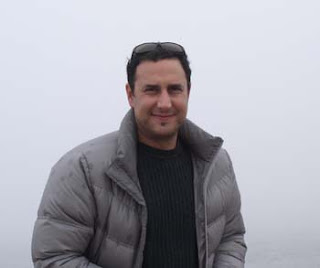 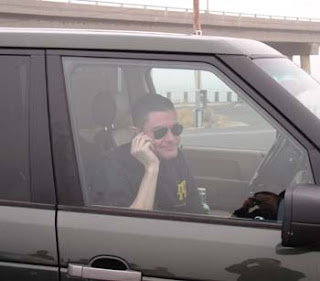 Posted by Birdernaturalist at 9:30 PM