My final Christmas Bird Count was the Ejido San Pedro CBC, centered only 38 miles south of the New Mexico border in the Mexican state of Chihuahua. A wonderful client of mine had suggested doing a private tour in this region in search of birds that occur only in this part of Mexico in the winter. (His main goal is to see as many species of birds in Mexico as possible.) So as a scouting trip, I found a way to get down there a week early to do the CBC on January 3rd, and learned the area and where the birds might be. Then on January 9 (my 38th birthday), Staufer arrived in Tucson, and in our rented car we drove as far as Douglas, AZ. From the 10th to the 12th we birded in Mexico, finding him 18 new species for his country list.

Here is a view of the Animas Valley, just south of the border and very close to the AZ-NM line. We saw a Rough-legged Hawk in this valley. 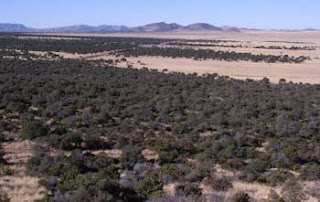 As you enter the foothills east of Agua Prieta, you pass though some interesting juniper woodlands which have apparently been protected. This is the only area where Juniper Titmouse occurs in Mexico, but we failed to find one. 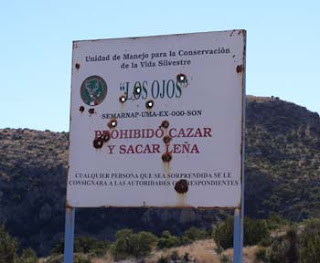 Here's a view looking east into the plains of the Chihuahuan desert. 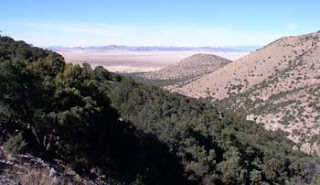 We spent one morning just east of the city of Nuevo Casa Grandes, famous for its pottery. 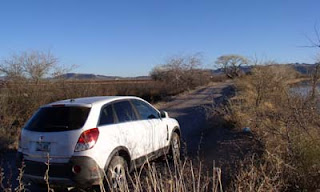 Here we watched skein after skein of Ross's and Snow Geese fly over. It was magical. 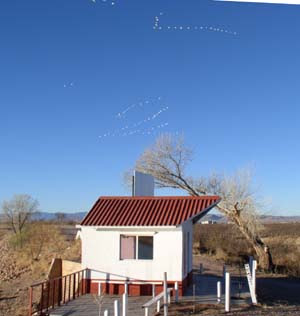 Surprising here was the older and wealthier part of town. This is not a type of house you normally expect to see in Mexico. 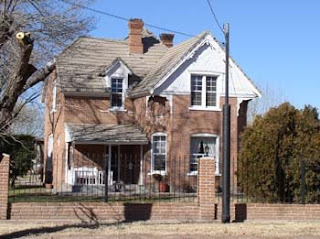 In the grasslands and brushy riparian areas west of Janos, we found lots of goodies, including this Fox Sparrow, a rare bird for the area. Other more expected birds that we saw were Baird's Sparrow, Sprague's Pipit, Chestnut-collared and McCown's Longspurs, Bald Eagle, and Short-eared Owl. 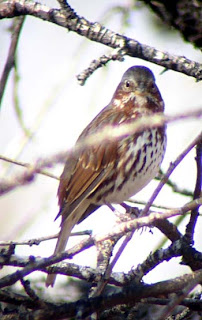 Posted by Birdernaturalist at 7:48 PM