SE Brazil From the Field Report

The birding on our Southeastern Brazil tour started spectacularly and continued to be so through the very last day. In the state of Rio de Janeiro a fourth and final attempt for the Long-trained Nightjar on our lodge grounds was fabulously successful, as the magical bird flew over us a few times before settling on the ground. Though many wonderful birds and experiences were to follow, this bird remained a favorite of the tour for many. 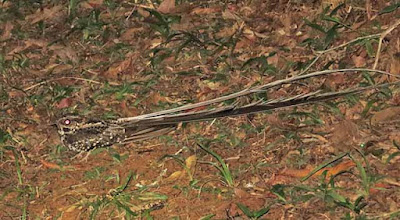 We were enchanted by a Red-legged Seriema that had become habituated to people, even singing (or rather proclaiming)  from an exposed perch on a fence. 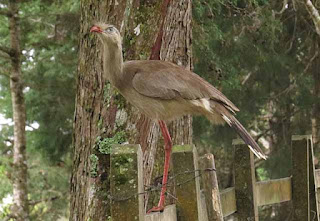 On a longer drive in the same region we amassed a large day list on which we saw Firewood-gatherer and Blue-winged Macaw, but the star of the day were Three-toed Jacamars, seen easily from the highway pullout where we parked. 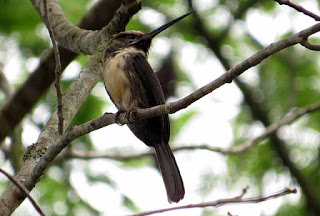 At Itatiaia National Park, some of the best birds were from the road, where we had Fork-tailed Pygmy-Tyrant, Rufous-crowned Motmot, and Red-ruffed Fruitcrow. From a trail we saw the strange Slaty Bristlefront, a very confiding Large-headed Flatbill, and White-bibbed Antbird. But the best photo opportunities were at our hotel’s feeders where Saffron Toucanet, Brazilian Ruby, and Burnished-buff Tanager were most photogenic. 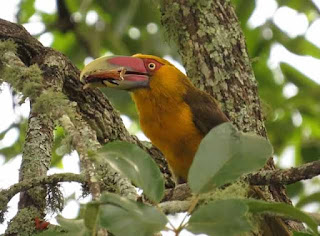 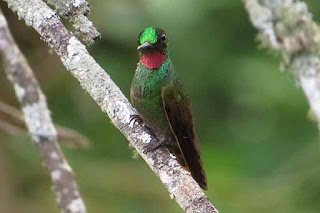 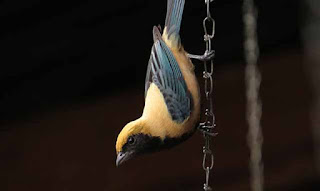 We also ventured to the highest elevations of Itatiaia, where Black-and-gold Cotinga and Mouse-colored Tapaculo showed well, but most unforgettable were the Green-crowned Plovercrests on their lek. Just five days later we watched its sister species (only recently split), the Violet-crowned Plovercrest. 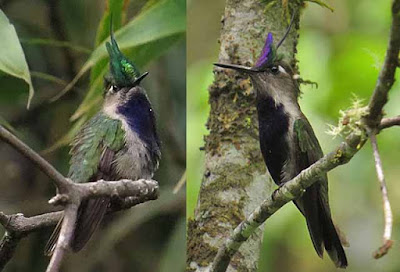 Before leaving this amazing national park, the biologist at the visitor center let us in on a secret. She had been keeping a window-struck Surucua Trogon quiet, and I offered to release it in the woods, but she warned me not to release it near the pair of vipers that were roosting outside the center. What vipers!? I exclaimed.  She led us to a gorgeous, quietly resting Bothrops jararaca, tautologically named the Jararaca Lancehead in English. 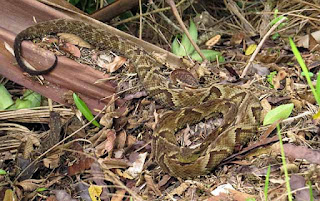 Then we were off to the coasts of Rio de Janeiro and São Paulo states, where a host of specialties awaited us. Two kinds of attilas, a lovely Black-hooded Antwren, and Buff-throated Purpletuft were some of the highlights. Spot-breasted Antvireo was one that we ended up seeing again and again. 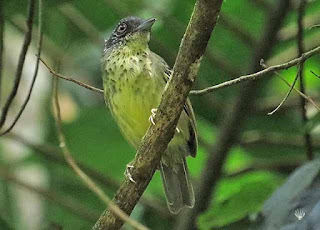 Another amazing sighting was of a Tooth-billed Hermit tidying up and then settling on her nest. 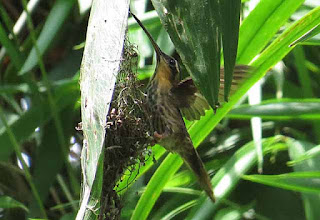 A bit further south we visited Jonas d’Abronzo’s feeders, as all birding groups do, and we were gobsmacked by the numbers and variety, especially by the filthy common Festive Coquettes. One male sat apart from the feeders to preen for a while. 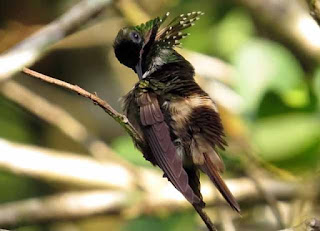 On the southernmost coast of São Paulo we caught up with the Red-tailed Parrots almost too quickly, with the only perched birds right over our hotel within 15 minutes of our arrival. We also saw the Restinga Tyrannulet and Azure Jays quite well, but an even rarer sighting here was of a family group of the extremely localized Black-backed Tanagers. 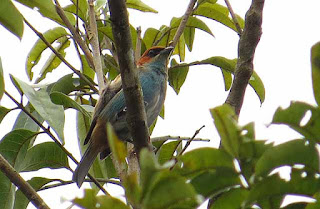 We completed the tour at the avian symphony known as Intervales State Park. Bare-throated Bellbirds, White-browed Warblers, tyrannulets, tapaculos, and trogons combined to make an auditory backdrop complex enough to humble any Messiaen. We continued to find some amazing birds such as Temminck’s Seedeater, White-bearded Antshrike, Giant Antshrike, the aforementioned Violet-crowned Plovercrest alongside displaying Dusky-throated Hermit, and Spot-billed Toucanet. A real treat possible only by having a local guide in the form of Luis Avelino was a roosting or possibly even nesting Common Potoo. 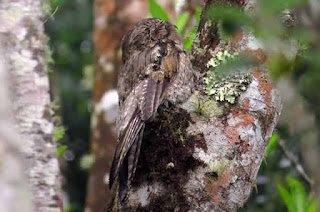 Having sharp-eyed participants doesn’t hurt either – one of the most amazing sightings was of a spider wasp having already stung its victim, a ctenid spider that would become the multi-day rations for its developing larva. 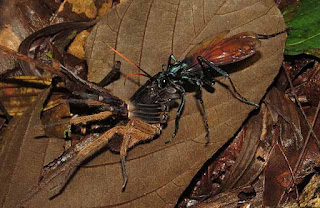 Posted by Birdernaturalist at 9:40 AM