This backlog of blogs is getting out of hand. I have a few posts dating back to October. First these, then CBCs.

A couple moths ago my friend Doug Futuyma let me know he was going to be in town for a professional meeting and had built in an extra day for birding. When Doug and I first met in October 2002, we confirmed the first pair of Black-capped Gnatcatchers at Patagonia Lake State Park that heralded the invasion that has continued in the following 13 years as a stable but still small breeding population in SE Arizona (and barely in SW New Mexico). We also saw the French Joe Canyon pair of Rufous-capped Warblers and found a Green Rat Snake in Montosa Canyon that same day. Very memorable first outing.

This time Doug invited his friend and evolutionary ecologist colleague Brad Shaffer, and both were keen to see the Sinaloa Wren in Huachuca Canyon and the Slate-throated Redstart in Hunter Canyon, both in the Huachuca Mountains southwest of Sierra Vista. We were successful on both counts.

I didn’t take any photos at Huachuca Canyon. But our short hike up to Hunter Canyon was full of flowers and bugs. The monsoon has left a legacy of lush undergrowth, and many composites were still blooming. 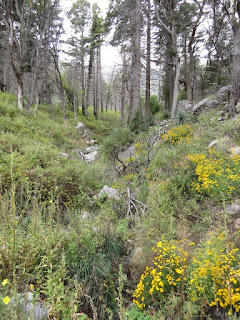 There was a huge hedge of Tagetes lemmonii, Lemmon's Marigold. 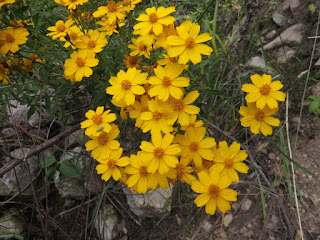 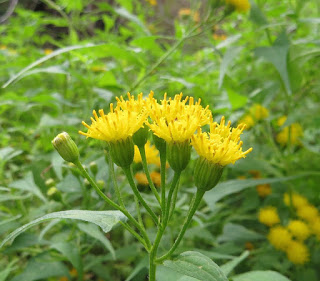 Common in the sunnier, rockier areas was Gymnosperma glutinosum, Gumhead 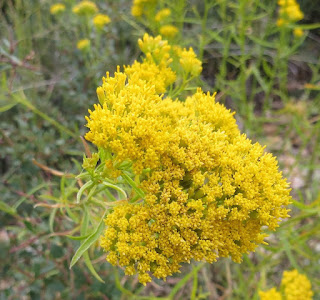 All along the trail was Viguiera longifolia, Longleaf False Goldeneye. Notice the nibbles in the ray flowers. 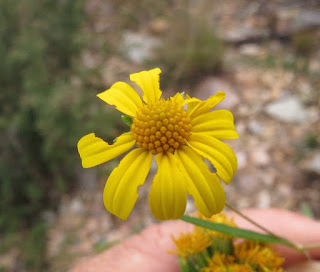 Tiny, colorful buprestid beetles were in these flowers. The genus Acmaeodera has many colorful species. Called  “spotted flower buprestids,” they are difficult to ID unless you get a good photo of the spotting pattern. Our searches turned up three species. 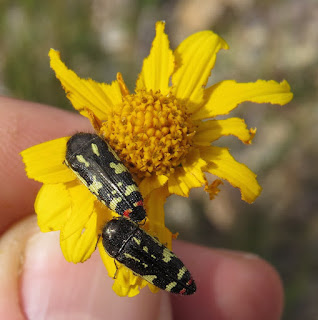 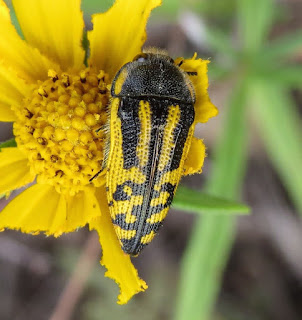 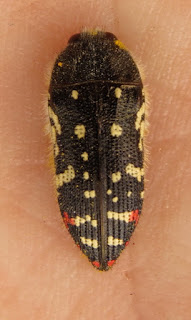 In the forested area where we looked for the redstart was this mushroom, a Thelephora sp. 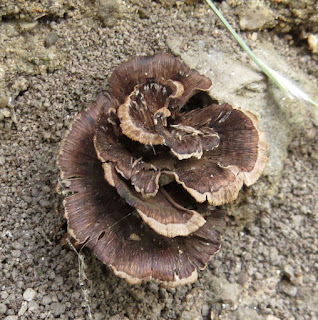 On the trail as we were heading down was this Echinargus isola, Reakirt's Blue. 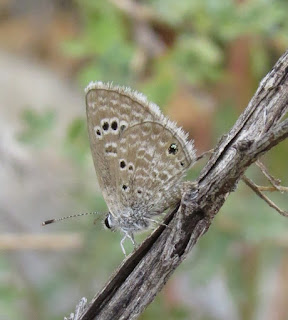 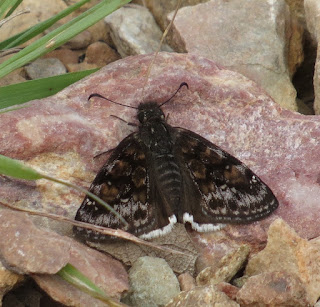 One of us spotted this caterpillar feeding on oak, and I later determined it to be the tiger moth Carales arizonensis. It seems to be a SE Arizona specialist but probably occurs well south through the Sierra Madre Occidental. 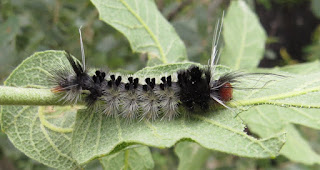 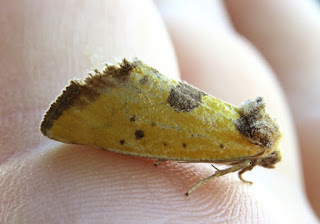 I believe this is the third Slate-throated Redstart to have occurred in Arizona while I have been living here. I was out of the state or country during the other two occurrences, and this was by far the longest-staying individual. 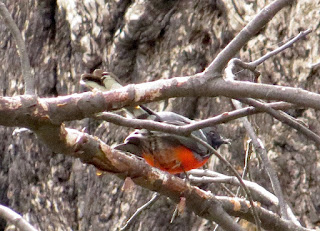 To celebrate, we paid a visit to Mary Jo Ballator’s feeders at her Ash Canyon B & B. I missed seeing her, which was sad, as I always enjoy her company. The hummingbirds were outstanding and the other bugs in the yard a bonus. 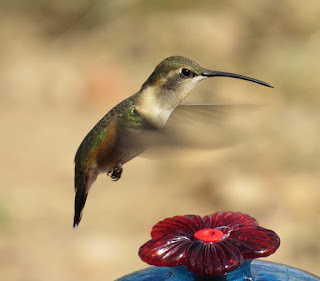 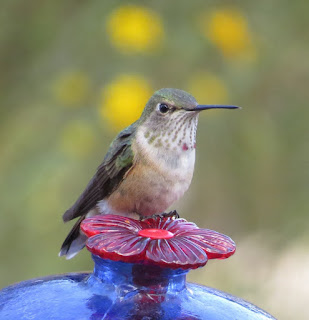 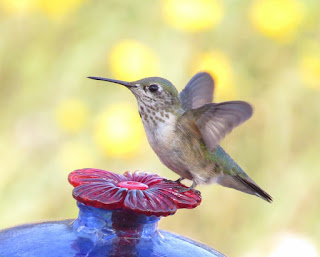 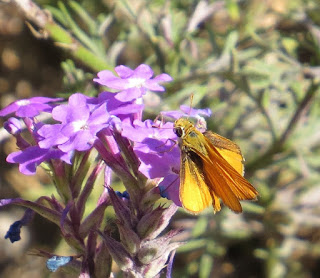 Posted by Birdernaturalist at 9:20 PM