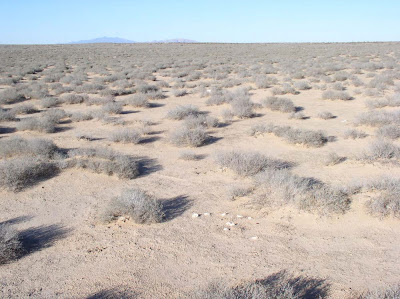 I rode over with Will Russell on Thursday afternoon on my first visit here since March, 1990. Wow, has this place changed. It's been utterly gringofied with high rise condos and sprawl. Former wild dunes are gone under hundreds of fancy villas. But the area still has lots of good birding. Will and I birded causally all day on Friday and then covered many of the same areas on the CBC, including the sewage lagoons and the dump, seething with gulls. Highlights were Rusty Blackbird (found by Will, probably the fifth or sixth record for Mexico, now 3 are from this town), Bronzed Cowbird, Spotted Towhee (quite a rarity here), Red Phalarope, Long-tailed Duck and Eastern Phoebe. A pitifully low number of participants (8) was disappointing for such an interesting area birdwise. I saw hundreds of Heermann's and Yellow-footed Gulls, Le Conte's Thrasher, American Oystercatcher, Reddish Egret, Blue-footed and Brown Boobies, and Wilson's Plover. So close to Arizona! 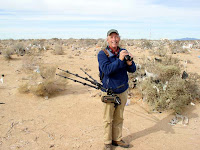 Will at the dump, having a great time

The beach at Las Conchas, with Wilson's Plover, American Oystercatcher, and Reddish Egret, among many others

The Eastern Phoebe I found at the sewage lagoons 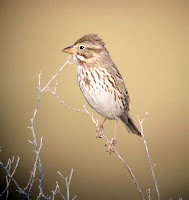 Red Phalarope in the harbor

A billboard in town, in which Will noticed the use of a Sibley Western guide as one of the of the props
Posted by Birdernaturalist at 8:27 AM