I've been immersed in the Christmas Bird Count frenzy this past month and am finally recovering. I had the energy to post some photos from the first two I did, but in the end I participated in eight, compiling two of those. And compiling a CBC is kind of like participating in 20 at the same time.

To backtrack a bit, the last one I did, on January 5 this year, was the Santa Barbara CBC. This count is known for having a ridiculously high species list, partly based upon the complex geography and many associated habitats, partly due to the mild climate that allows sensitive strays to linger into the winter, and largely due to the very active birding community that scouts days before the count and the huge number of participants who go out in the field on count day. Both observer count and species count go over 200 each year, this year being no exception.

Such a contrast to my previous 7 CBCs, this one had me walking on streets, sidewalks, and pavement all day long with my friend Bill Murdoch. Here's a typical habitat shot for the day. 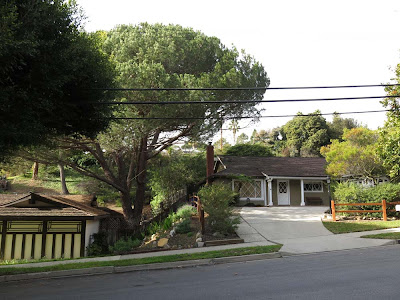 Instead of pishing at oak trees and sumac thickets, I was peering into blooming eucalyptus, mostly cream-flowered ones know as Blue Gums, but also some more colorful ones such as this. 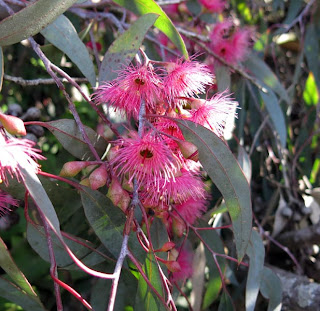 In our first row of eucalyptus on Mesa Lane, I spotted an immature Orchard Oriole high in the tree, but we had to move on from there to spend time at one particular tree a couple miles away to re-find a Summer Tanager that Paul Lehman had spotted the day before. I got bored with that tree, and while I moved on to pish in a Hutton's Vireo, Bewick's Wrens, and many Townsend's and Yellow-rumped Warblers, Bill spotted the Summer Tanager, way up in the tree. 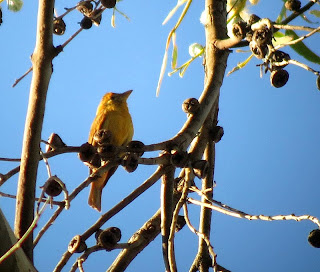 This Accipter allowed ridiculously close approach, giving me grief as to the identification. This is one genus that actually gets harder to ID the closer you are to it and the stiller the bird is. Give me one flying over a hundred yards up, and I can call it with confidence. I finally decided to get some additional opinions on this one, and the larger looking head, hint of a crested look, thickish legs, and lack of red tones to the streaks on the breast all argue for Cooper's Hawk. 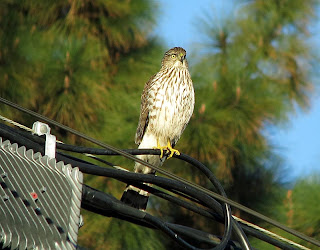 Once we got the scope on this distant, back-lit bird, the ID of it as a Merlin wasn't in doubt. 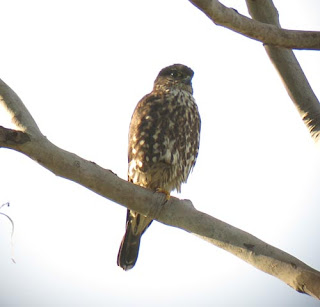 Later in the afternoon  – and over 75 species later, I found this Hermit Warbler, one of only two or three on the CBC. It was actually eclipsed in rarity by a Brown Creeper and Red Crossbills that I found. 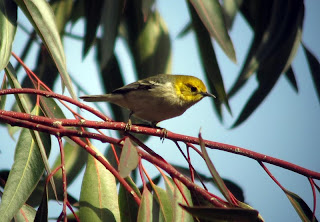 The countdown potluck was a production. The crowd filled the auditorium at the Santa Barbara Museum of Natural History. 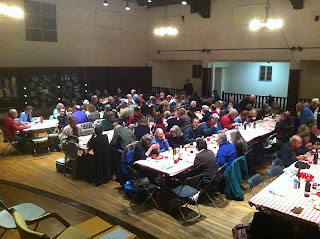 The species countdown requires the use of a p.a. system from the stage! The preliminary species count came to 214, highest in California this year and just two more than the San Diego CBC held 3 weeks earlier. 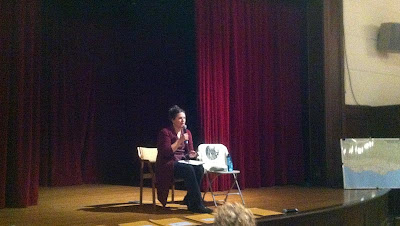 A huge thanks goes to the three compilers who organized about 250 people for the day's event: Rebecca Coulter, Jared Dawson, and my host Joan Murdoch. 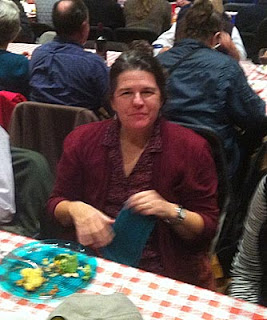 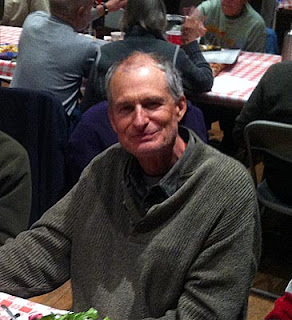 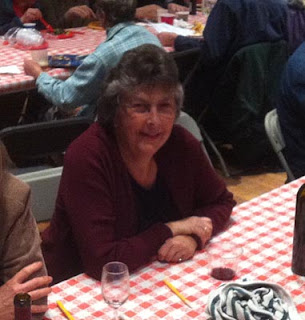 Posted by Birdernaturalist at 1:08 PM