Oregon Shakespeare Festival and Birding – The Festival that's not a Festival

Now that the Peru Birding Rally Challenge is behind me, I’m busy formatting the bird lists to upload to eBird, but I’m also looking ahead to my upcoming tours and also slowly getting caught up in editing and labeling photos from past trips (and that backlog dates back a few years for some trips).

In the Looking Ahead category, my back-to-back Oregon in Late Summer and Birds and Shakespeare tours could use some more sign-ups. I know huge number of people who read my blog can only dream of going on a birding tour (and I’m sure there are a few who wouldn’t dream of going on one), but I thought maybe explaining what the tours are like and spreading the word might help.

The mating Hydaspe Fritillaries in the photo above were taken on my Birds & Shakespeare tour in southwestern Oregon a few years ago. I’ve done this tour four times previously, and all have been hugely successful and highly rated by the participants. It’s a successful mix of nature and culture in a part of the world that is surprisingly both wild and civilized. This year’s tour is September 5-11.

The rugged mountains here have a complex geologic history, and while we don’t go into any details (that’s a different tour), we do get to enjoy the scenery. This is from near the summit of Mount Ashland. 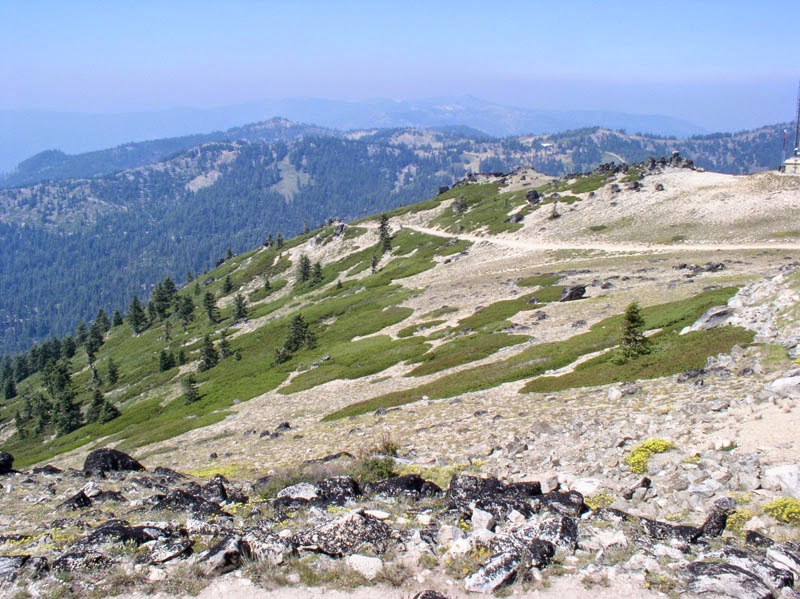 We visit a variety of forest types on our morning birding outings, including open pine forests, such as the one that contains this tallest Western White Pine in the world. 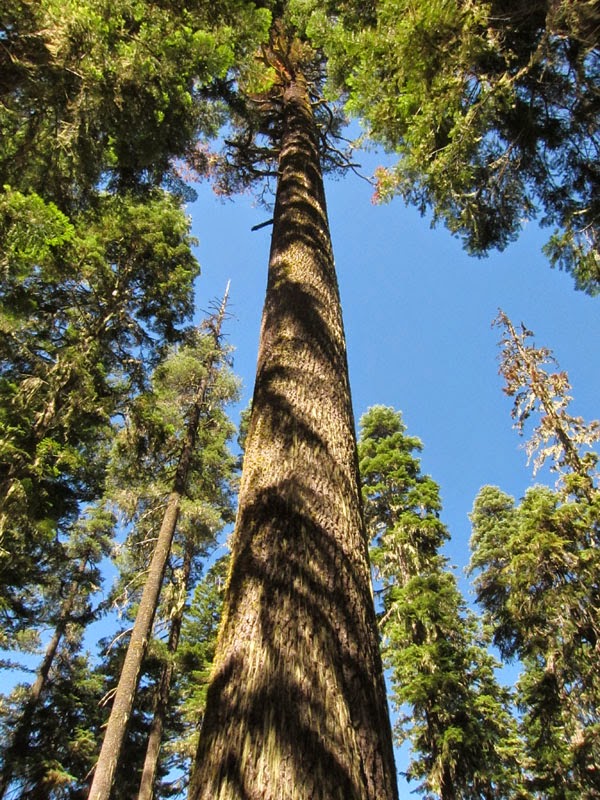 And below Mount Ashland are some alpine-like meadows and stands of true fir and Douglas-fir. 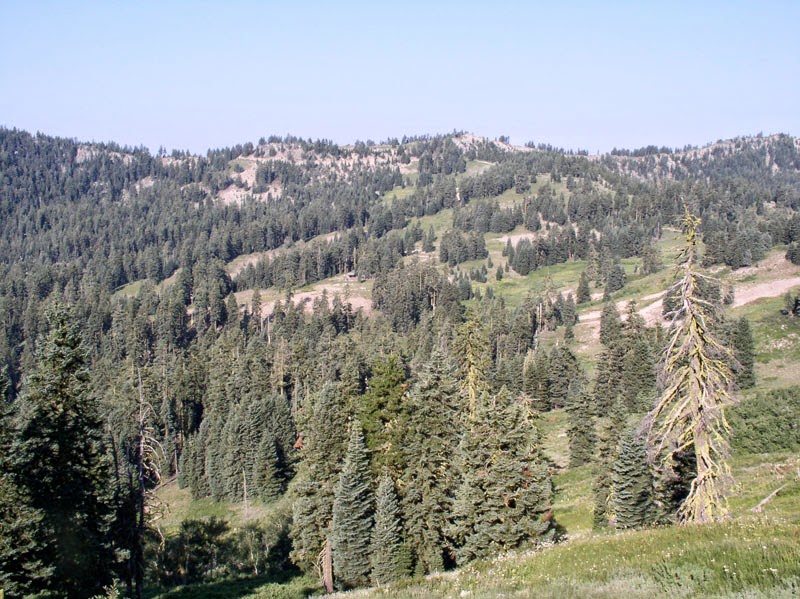 We start every day with a picnic breakfast in a gorgeous surrounding. 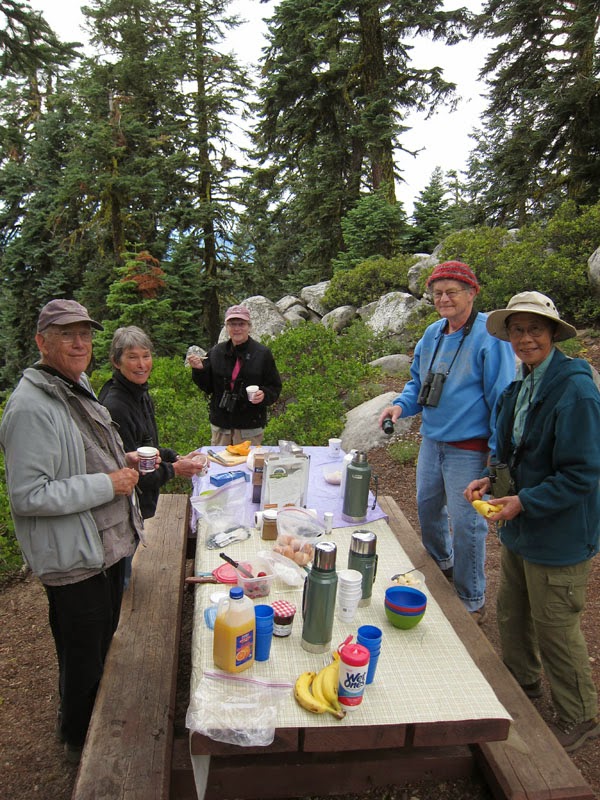 And then we see what birds are around, not necessarily looking for target species, but certainly keeping our search images sharp for regional specialties such as White-headed Woodpecker. 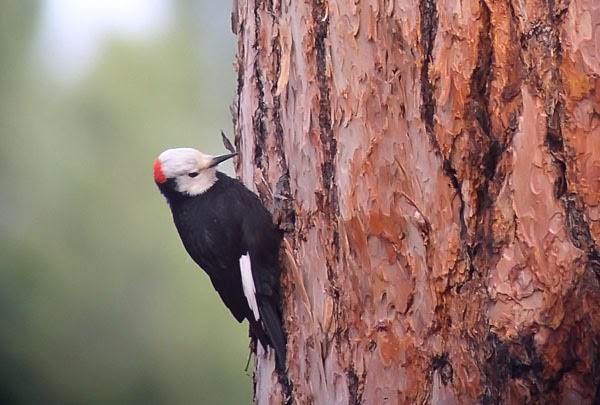 Mountain Quail occurs in coveys this time of year, so bumping into a group is more likely than in the spring when they are nesting. 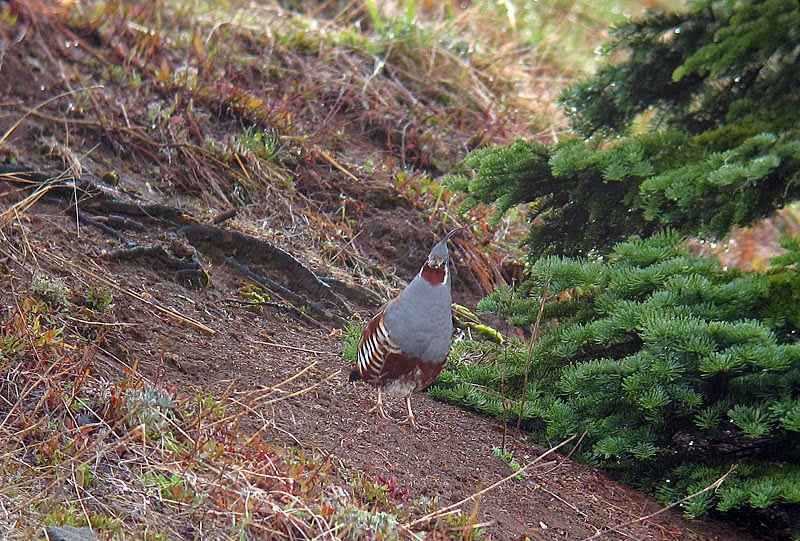 If we have a chance to bird the lower elevation valleys, Wrentit would be a possible sighting. This amazing bird seems more like a tropical species in so many ways – males and females sing (the songs are slightly different), they form permanent pair bonds, they have small territories, and they disperse only very short distances from their natal area to form new territories. I could go on about Wrentits, but that could be the subject of another blog. 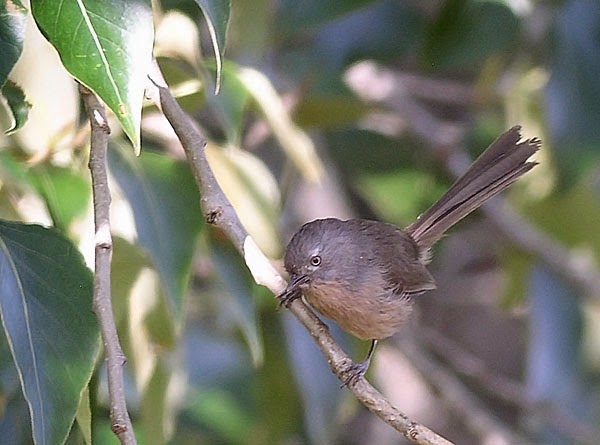 On four of the days after our morning of birding, we go to a play at the Oregon Shakespeare Festival – either an afternoon or an evening performance. The link is to their snazzy website. In the past we’ve seen as many as seven plays during the tour, but we’ve shortened the tour and limited it to two Shakespeare plays and two others. But what I feel I need to stress the most is that OSF is not a festival – it’s a full-time, world-class, professional acting company. I’d heard about it since I was in grade school, but somehow I never did take a class field trip there even though it is only 4 ½ hours south of where I grew up. And of course as a high school student I couldn’t stand Shakespeare, even though we had the relatively easy Taming of the Shrew as our assignment. So for the longest time I imagined it was a summer stage set up in a park with a troupe of locals who practiced for a few weeks to perform one month each year. It turns out this couldn’t be farther from the truth. The acting company has a huge staff and dozens of full-time, union actors who live in Ashland. They boast impressive backgrounds of training and experience from Broadway and Hollywood, stage, movie, and TV careers. There are three theaters in the complex, and at any one time during the 8 ½ moth season there are as many as nine different plays being performed during each week. Only four of them are Shakespeare, and the rest are an impressive variety of standard works, some more modern, some even older than Shakespeare, and some even commissioned for OSF.

When booking plays I try to choose two Shakespeare plays that complement each other – one comedy and one more serious, but this year the schedule worked out to have two lighter comedies: The Two Gentlemen of Verona and The Comedy of Errors.

The first of the two non-Shakespeare plays we’ll be seeing is The Great Society By Robert Schenkkan. It’s a continuation of the fabulous play we saw two years ago about Lyndon Johnson’s presidency; I’m really looking forward to it. The other is Water by the Spoonful by Alegría Hudes, also a serious play but one that looks to be interesting. It was hard to pick and choose from the nine plays offered during the time of the tour, and I’d love to see all the rest. Many play fanatics come here every year, stay for four or five days, seeing two each day.

Monday is a day with no plays, so we take off that day for the Klamath Basin and its wildlife refuges, huge mountain meadows, and fabulous scenery. We spend the night near Fort Klamath in a quaint, friendly motel and I prepare a grilled dinner for the group. On passing though the Tule Lake National Wildlife Refuge, we’ll stop at a spot where we might spot a roosting Barn Owl such as this one. 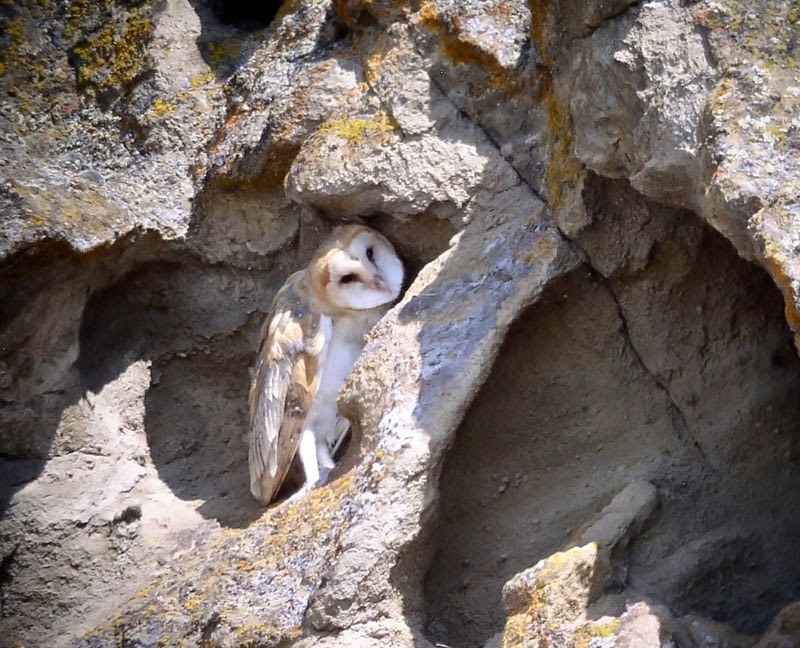 Then a real highlight for some is the next day as we drive back to Ashland via the stunning Crater Lake – mostly for the scenery, but also with some nice birds such as Gray Jay and Clark’s Nutcracker. Last year these two Red-tailed Hawks soared below us at one of the many overlooks on the Rim Drive. 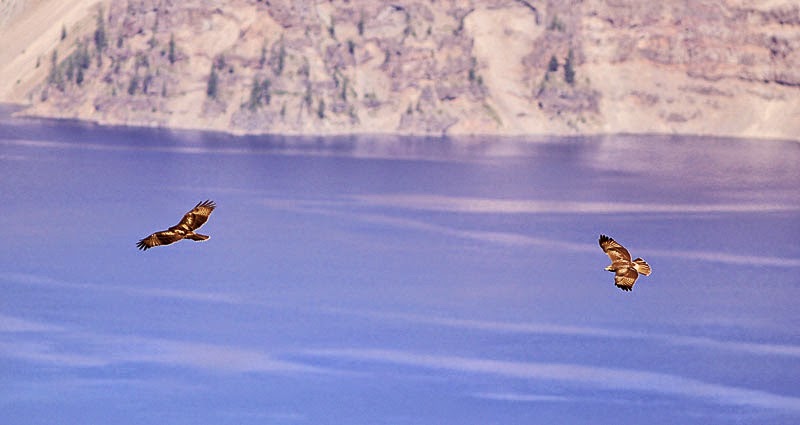 On the way back to Ashland we stopped by a reservoir and saw a couple Great-tailed Grackles, a rare bird in Oregon.

We then have two more nights in Ashland, and if we haven’t spotted a Great Gray Owl in our wandering the forests during the day, there’s the option of an evening outing. Last year, all participants were bushed and happy with what we all saw. So was I, but I was still curious how easy they might be at night, since I had never tried it then. I made the drive on my own, about 35 minutes from our hotel, and instantly found this begging juvenile Great Gray Owl. While I watched it for a few minutes, an adult flew in, fed it, and flew off. It did make for a long day, so I do hope we’ll find one during the day this year. 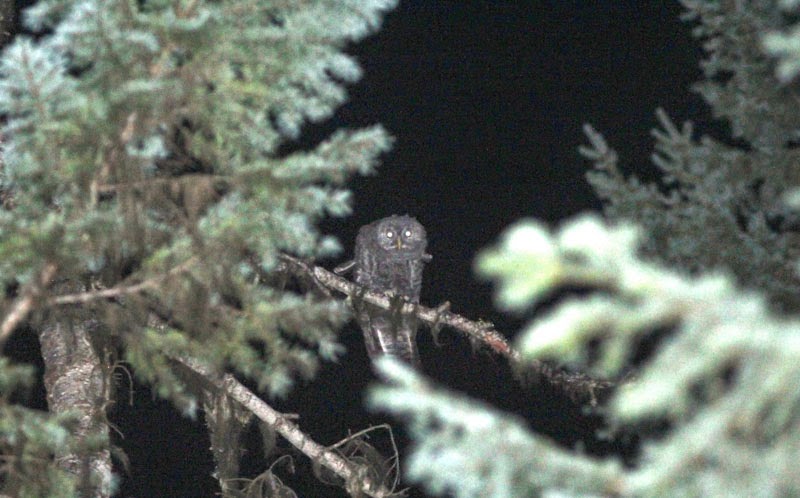