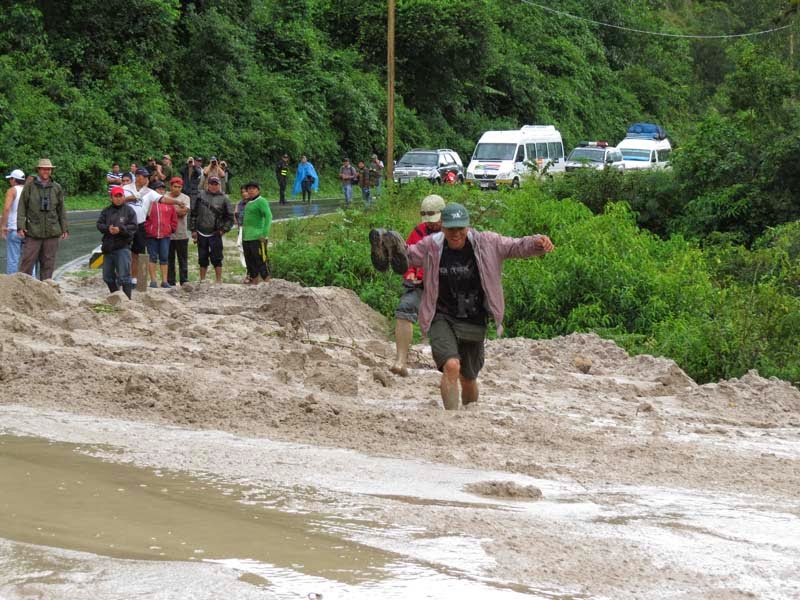 After Day 5, the Sunbird/WINGS team again gained the lead, but not by much. But it was perhaps our clever idea of walking across a small mudslide that had stopped all the buses that saved the day. On the other side we took a taxi to the next birding spot with theMarvelous Spatuletail, where we waited for the buses. Then we were able to continue birding up the road while the other teams used the rest of the day watching hummingbirds.

Yesterday was unbelievable. We tallied 214 species on the long drive from Florida de Pomacochas to Tarapoto, starting with a fabulous Lyre-tailed Nightjar and ending with a Tropical Screech-Owl, just before a Varzea Thrush and two White-chested Swifts at a last minute roadside stop to utilize the few remaining minutes of daylight.

A Purple-throated Sunangel above Leymebamba. 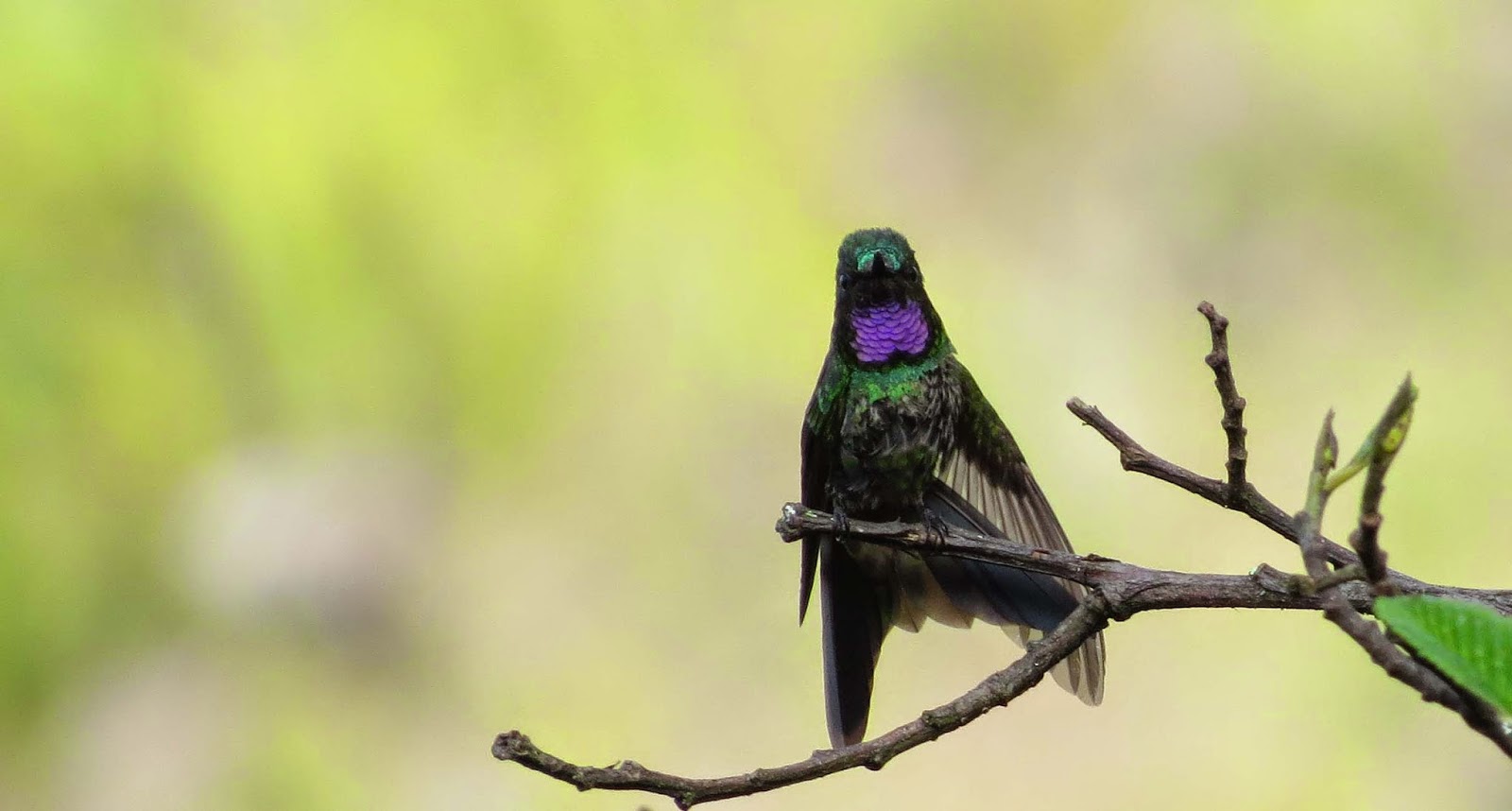 What's more amazing is that we retained the lead even with our adding 154 new species yesterday. The Field Guides team must have seen as many, but I bet there was significant non-overlap in our species list. This is such a bird-filled area.

A nest with two young Spot-throated Hummingbirds in the Utcubamba Valley. 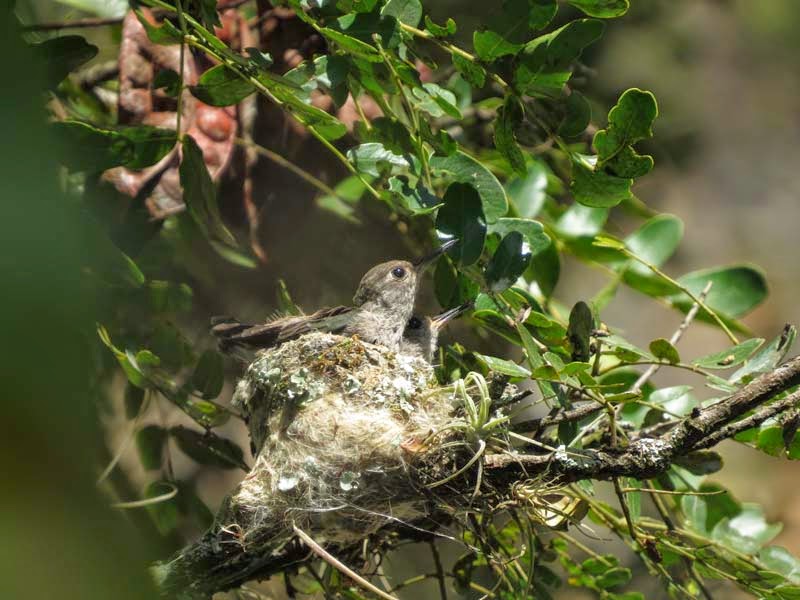 A Marañon Thrush just as we were leaving its range and thought we had missed it. 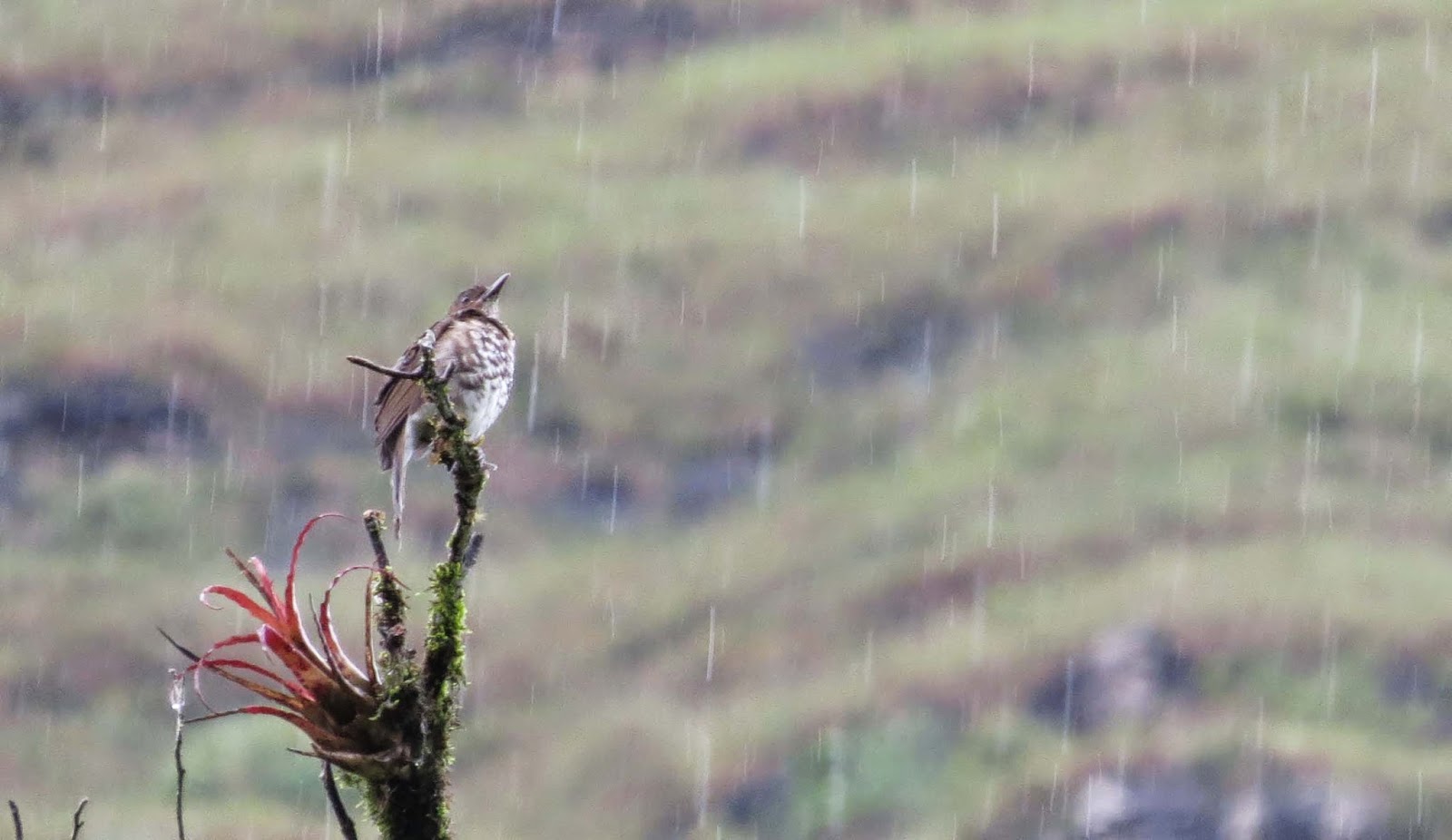 Our group at the Huembo station. 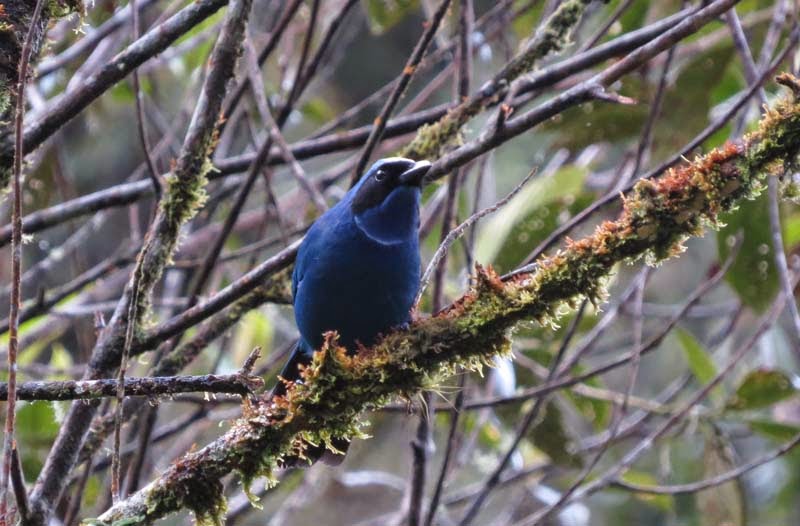 Yellow-scarfed Tanager at the Owlet Lodge. 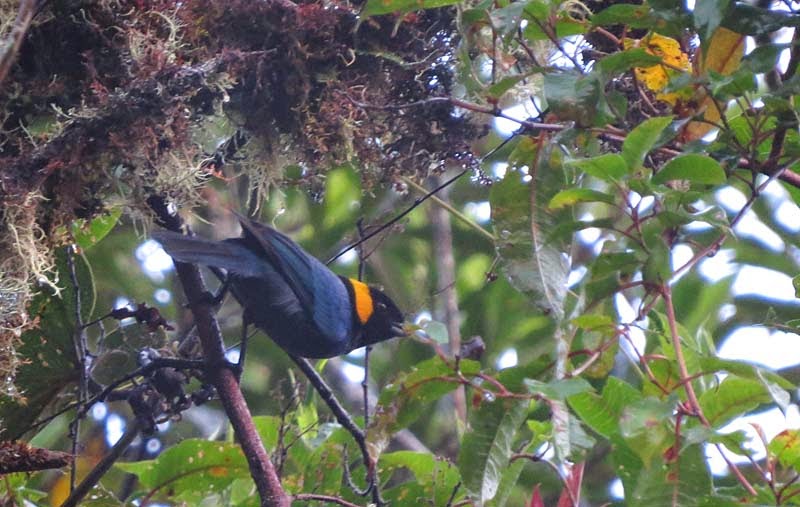 Posted by Birdernaturalist at 2:39 AM